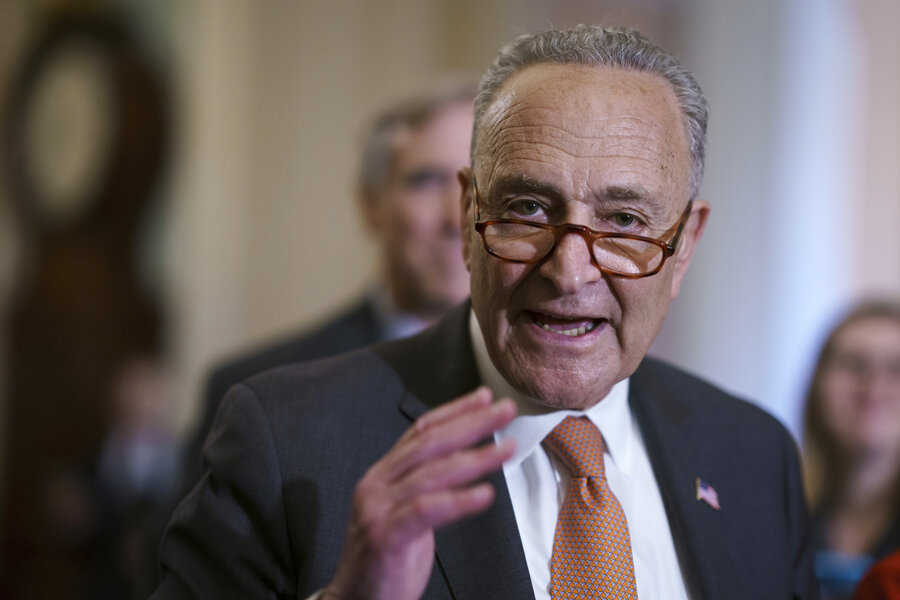 Senate Republicans have blocked debate of a sweeping overhaul of how elections are run in the U.S. The bill was pushed by congressional Democrats who argued it was needed to counter a spate of new GOP laws this year tightening voting rules in the states.

A look at what has happened so far, what’s in the bill, and what happens next:

Why did Senate Republicans block the bill?

Republicans have long opposed Democratic efforts to overhaul elections in the U.S. and say the reforms being proposed are more about ensuring Democratic victories than fairness in voting. They note that Democrats introduced their overhaul two years ago, before the 2020 election, and say the massive bill amounts to a federal takeover of elections, which are run by state and local election offices. Congressional Republicans argue increased voter turnout in the 2020 election is proof that reforms are not needed. But, at the same time, their counterparts in state legislatures have pointed to unsubstantiated claims of voter fraud as justification for tightening rules and increasing election oversight at the state and local level.

What does the bill do?

The bill, known as the For The People Act, would create minimum standards for voting in the U.S. and establish Election Day as a federal holiday. It requires all states to offer automatic voter registration and at least 15 days of early voting. Some states already do this, but others do not. And Democrats argue that federal standards would reduce confusion among the public. They also say the standards would blunt the impact of new state laws creating barriers for voters.

But the bill doesn’t just address election issues. There are scores of other provisions packed into the 888-page bill, including a broad expansion of public funding for campaigns, a revamp of redistricting, and ethics reforms. Written when Democrats were out of power, it was more a statement of priorities than legislation to be ultimately enacted. It’s been refined a few times and more changes are expected.

Is this the end of the road?

Democratic leaders expected Tuesday’s vote and their efforts to pass the bill will continue.

“In the fight for voting rights, this vote was the starting gun, not the finish line,” Senate Majority Leader Chuck Schumer said in remarks after the vote.

But with a 50-50 split in the Senate, they have few options due to the filibuster rule that requires 60 votes to advance most legislation. Now the fight turns to whether Democrats can agree that voting legislation is so important it’s worth changing or setting aside the filibuster.

They’ll also continue to try to build public support for their efforts. Sen. Amy Klobuchar, D-Minn., who chairs the powerful Rules Committee, said Tuesday she would hold a hearing in Georgia on a law approved earlier this year by the GOP-dominated Legislature that has raised concerns of more hurdles for voters and the potential for partisan interference in local election administration.

At least two Democratic senators, Kyrsten Sinema of Arizona and Joe Manchin of West Virginia, have said they oppose eliminating the filibuster rule. Ms. Sinema supports the voting reform bill but argued in a recent opinion piece that the rule “compels moderation and helps protect the country from wild swings.”

Mr. Manchin, who initially opposed the bill, has crafted a new version that would remove some of the more contentious provisions such as same-day voter registration and the public financing option. His proposal also calls for a national ID requirement, something Democrats have not done previously but appear open to considering. The requirement would be less strict than ones pushed by Republicans in certain states and allow voters to provide non-photo ID such as a utility bill.

What sort of changes are Democrats considering?

Discussions are ongoing among congressional Democrats on how to proceed, with leaders noting privately that both Ms. Sinema and Mr. Manchin oppose eliminating the rule – but that doesn’t mean they would oppose changing it. And President Joe Biden has signaled a willingness to consider a change. Democratic leaders argue there is an opportunity to improve the process and are weighing three potential changes:

•Require that 41 senators of the minority party be present if they want to block a vote on any legislation.

•Create a narrow exemption for the rule to be suspended for any legislation dealing with voting and elections. There is precedent for this. Democrats previously eased the rule to allow most executive branch nominees to be confirmed with a simple majority, and Republicans eliminated the filibuster for Supreme Court nominees during the Trump administration.

•Require opposing lawmakers to speak on the floor continuously to block the legislation from advancing – a version of a talking filibuster that would include a gradual reduction in the number of senators who can prevent a vote – starting at 60 and eventually reaching a simple majority over a period of weeks.

What will the Biden administration do next?

Mr. Biden has vowed to wage what the White House calls the “fight of his presidency” over ensuring Americans’ access to voting, but he hasn’t been at the center of the fight yet. Vice President Kamala Harris has been leading the administration’s efforts, speaking with lawmakers and various voting rights’ advocates in recent weeks and meeting with Democratic state lawmakers from Texas who are pushing against a GOP effort there to tighten voting rules.

Those meetings are expected to continue, and Ms. Harris will be making public statements affirming her support for voting rights and efforts to halt restrictive voting bills in the states, according to a White House official who spoke on condition of anonymity. Mr. Biden has also met with Mr. Manchin to discuss legislation including the voting reform bill.