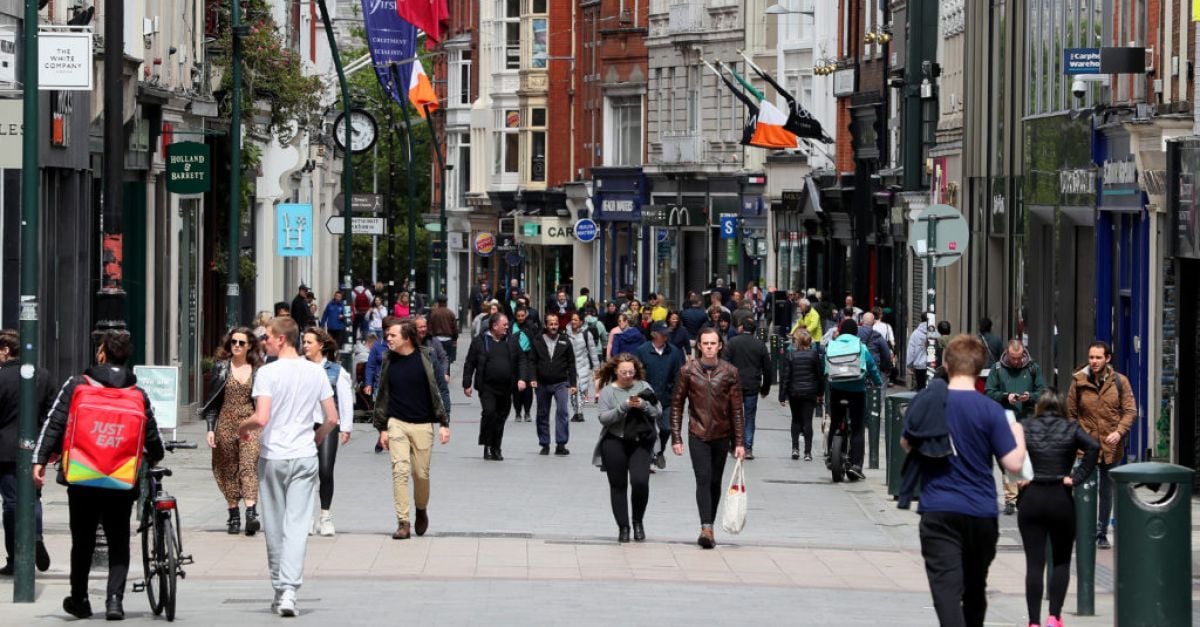 Irish consumer sentiment inched higher in June, rising above the historical average of the series for the first time in two years as the economy slowly reopens, a survey showed on Tuesday.

The move marked the fifth successive monthly increase after confidence slumped in January following the reimposition of a Covid-19 lockdown. Restrictions are being gradually eased with indoor dining and drinking only set to resume early next month.

“These results suggest the shadow of the pandemic is gradually lifting from the economy and, as a result, Irish consumers are becoming less concerned about their current circumstances as well as less fearful about the future,” KBC Ireland chief economist Austin Hughes said.

Hughes added that while the re-opening of parts of the economy did contribute to a clear easing in nervousness about the general outlook for the economy, concerns were emerging about future financial circumstances for some.

Weaker expectations for household finances, including debt burden and disposable income, over the coming year was the only negative sub section of the survey in June, the data showed.