Hello dear visitors of the site!
In this article I want to tell and show how I made a wooden pergola for climbing plants on your site. For a long time there was an idea to make such a structure and now the time has finally come to implement my idea.
For this were used:
– circular saw,
– drill with drills,
– screwdriver,
– planer,
– hand saw,
– measuring tool,
– chisel,
– hammer well, and something on the little things.
For the base of the pergola, I needed 4 bars. In order to get them, I dismissed several boards with a thickness of 50 mm on a circular saw. The dimensions of the resulting bars are 50×60 mm. This size is due to the fact that I have a profile pipe of exactly this size. 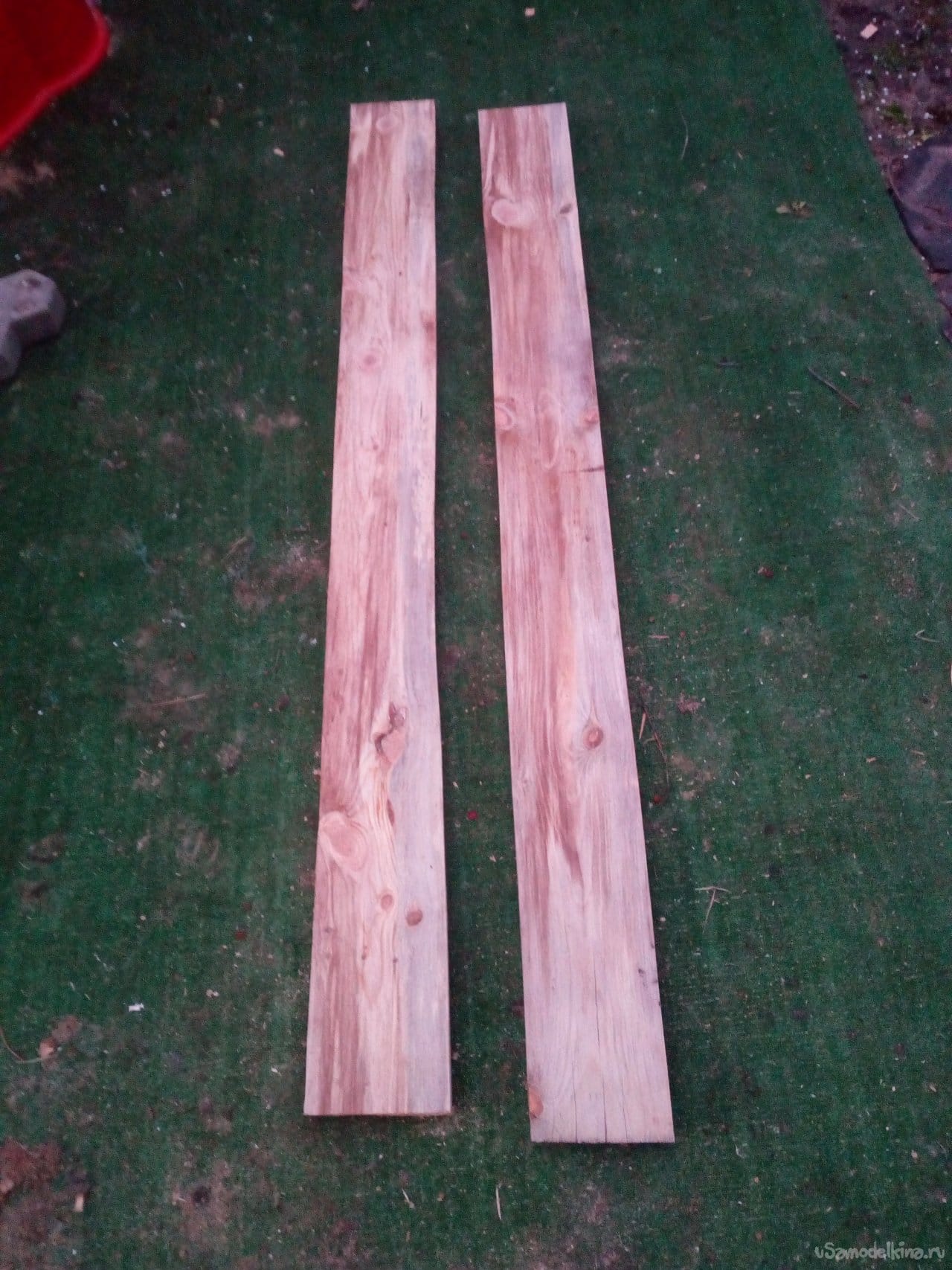 The sides of the resulting bars were planed with a plane. Then, having marked on the sides of the attachment points of the side struts at the required height, I cut out the grooves for them. These parts are the same size as the bars. Next, I insert them into the grooves. Since everything was done end-to-end, a small sledgehammer had to be used to drive the spacers into their places. The parts fell into place very tightly, so I just tighten them with self-tapping screws. This is more than enough. I carry out similar operations 4 times, according to the number of side bars. Then along the edges of each spacer, on both sides, I sew on bars measuring 20×20 mm so that the gap between them is 15 mm. In the resulting groove, I insert the slats perpendicularly, the size of which is 40×15 mm. Some of the slats were not of the same thickness, so the edges had to be cut a little. But in the grooves they sit very tightly. Fastened with nails. Then, from the slats of the same size, I make crossbars parallel to the lower bar. It turns out a kind of wood mesh. These blanks were nailed to the bars diagonally with small nails, and the crossing strips themselves were pulled together with self-tapping screws. 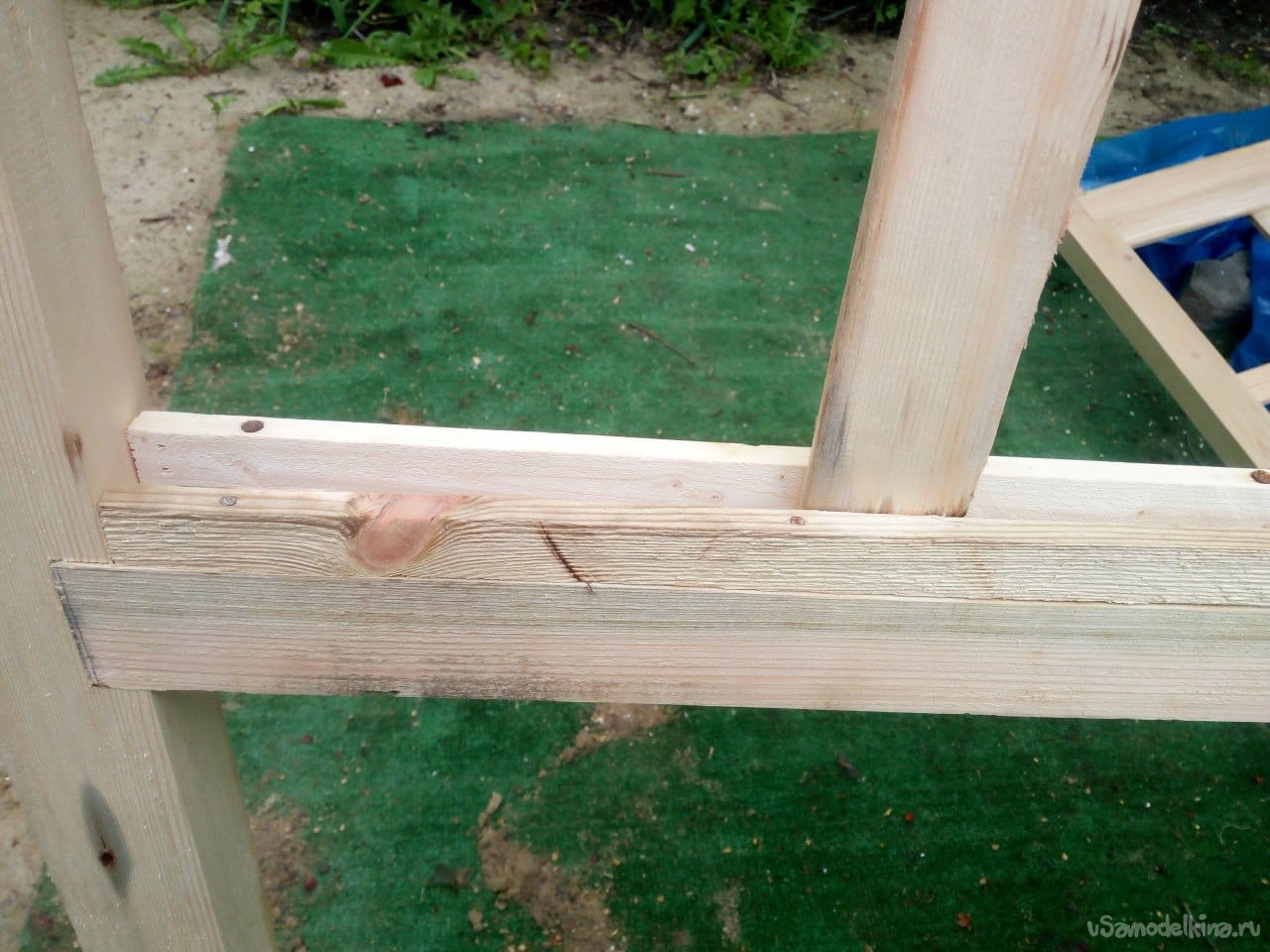 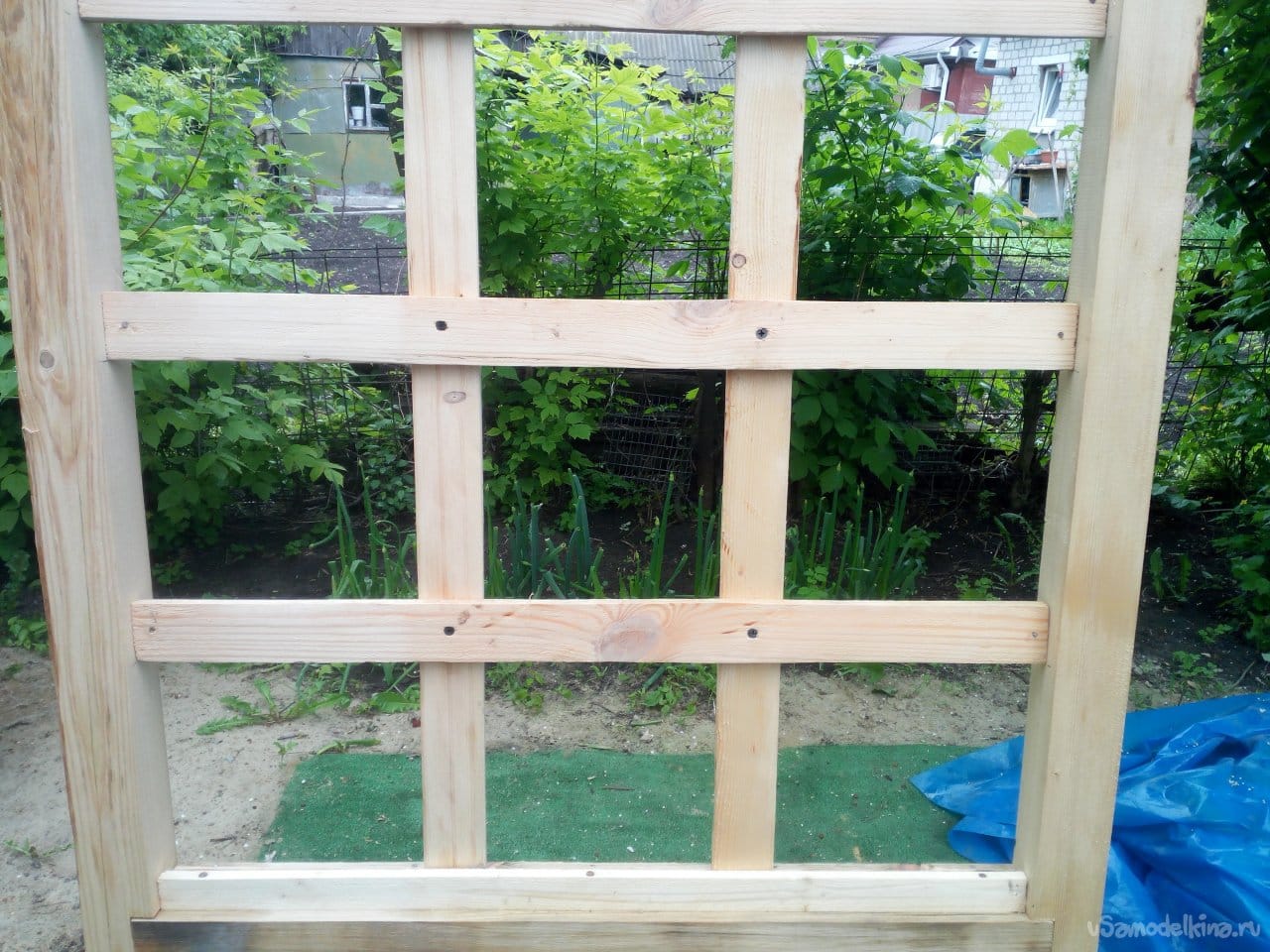 The main details of the future pergola are ready. Now you need to make its top. For this I used boards from ordinary brick pallets. Their difference from Euro pallets is that the boards are practically untreated on them. To a large extent, they are not even aligned at the edges; there is a bark that was not removed during the assembly process. But, nevertheless, such boards suited me. I take two such boards, relatively identical. At the end of each of them I make a curly cut like a crescent. Then, using self-tapping screws, I connect them together so that in the process of further processing there is no displacement of the workpieces. I mark in which places the rafters will be installed and with the help of a circular saw I make notches of the depth I need. Then I make grooves with a chisel according to the sawn out pointers. On the reverse side of the blanks, I make spacers with bars according to the dimensions of the bearing walls. This is very convenient for further work. I'm starting to make rafters. Each end of the board, which will enter the groove, was cut at an angle. The boards are processed with a plane. I insert these rafters into the grooves of the supporting parts and fix them with self-tapping screws, which I screw into the side walls of the rafters at an angle. But before that, there was a preliminary build to make sure everything goes as it should. All manufactured and assembled parts are painted white. 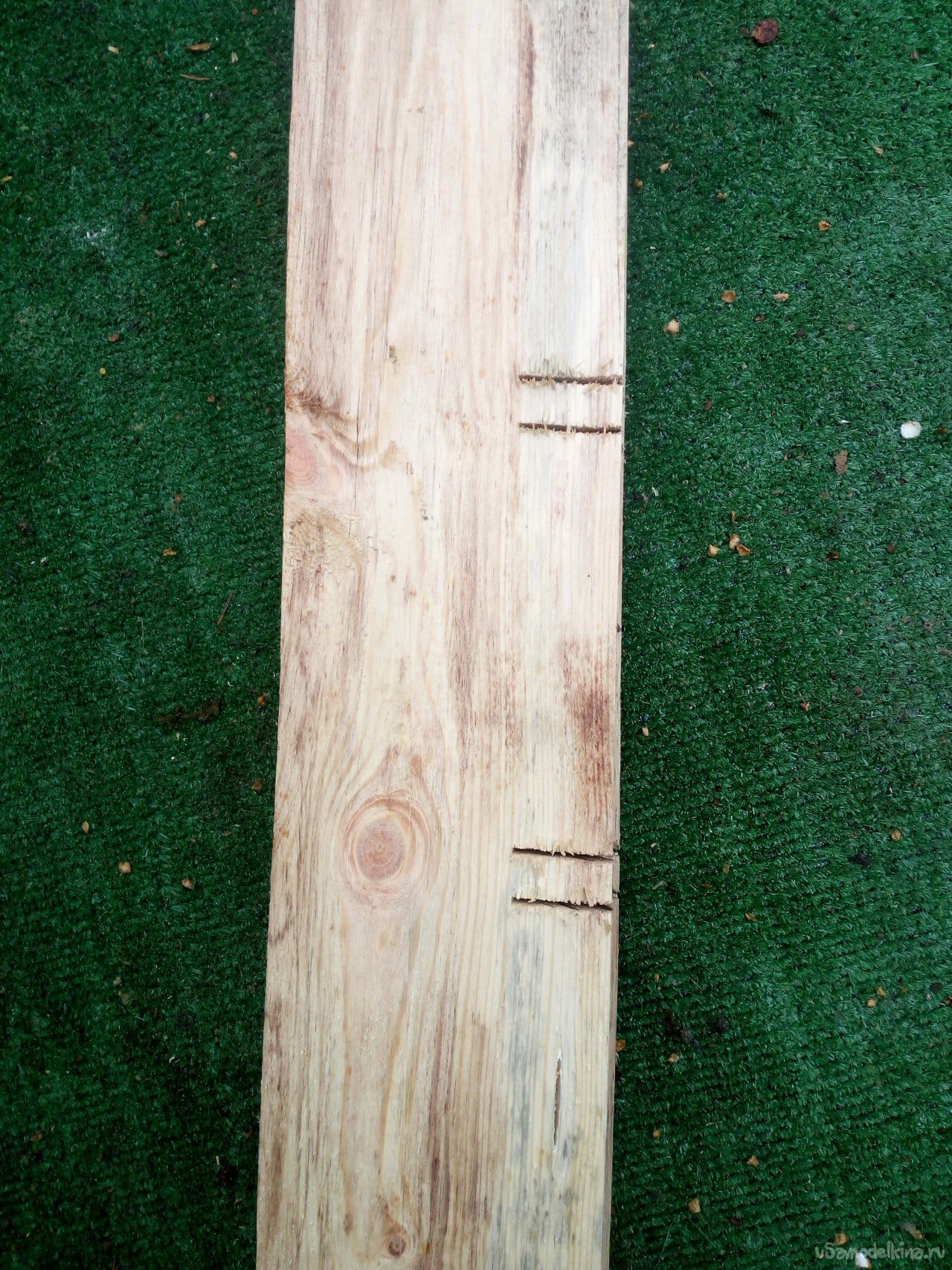 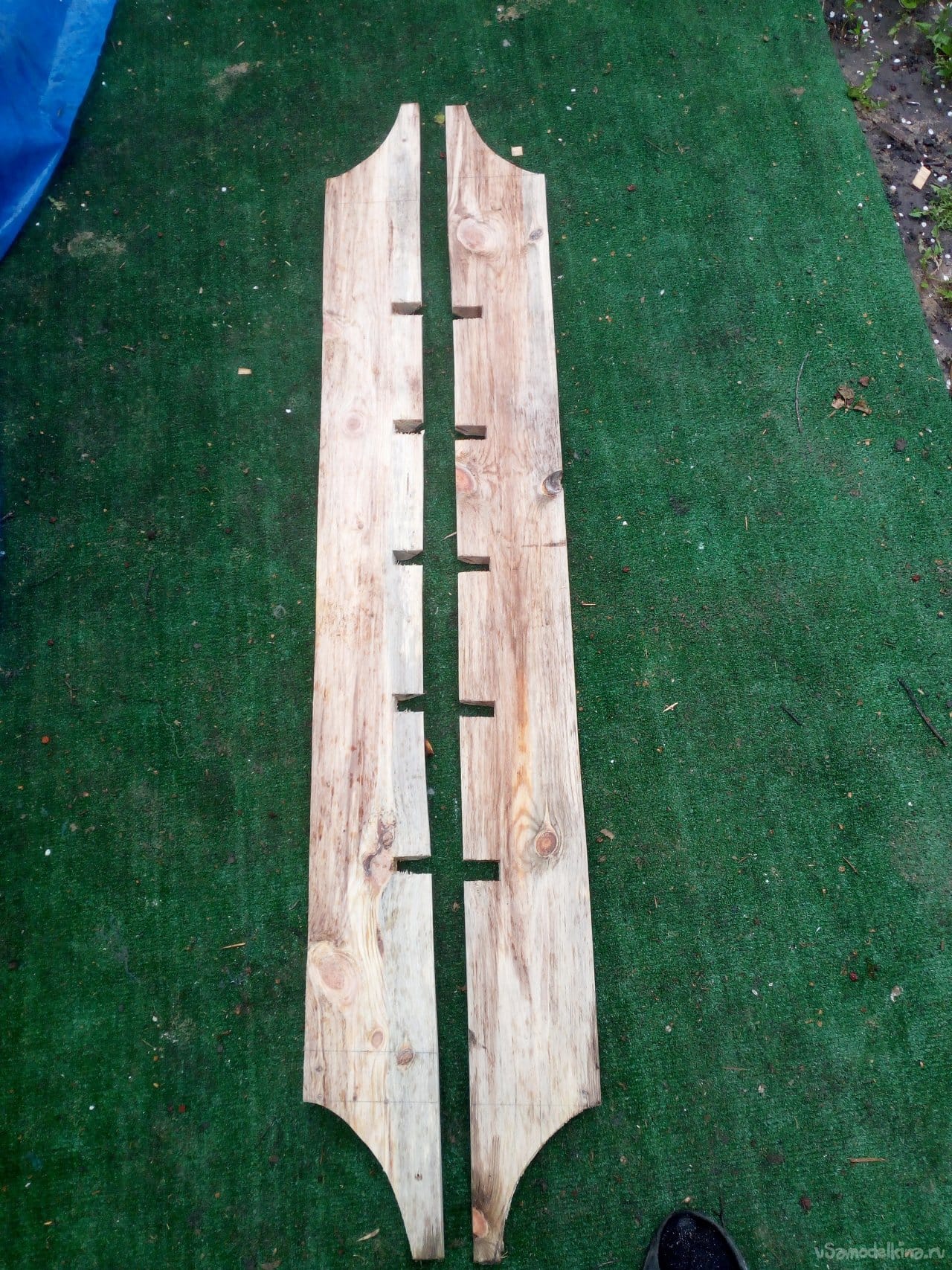 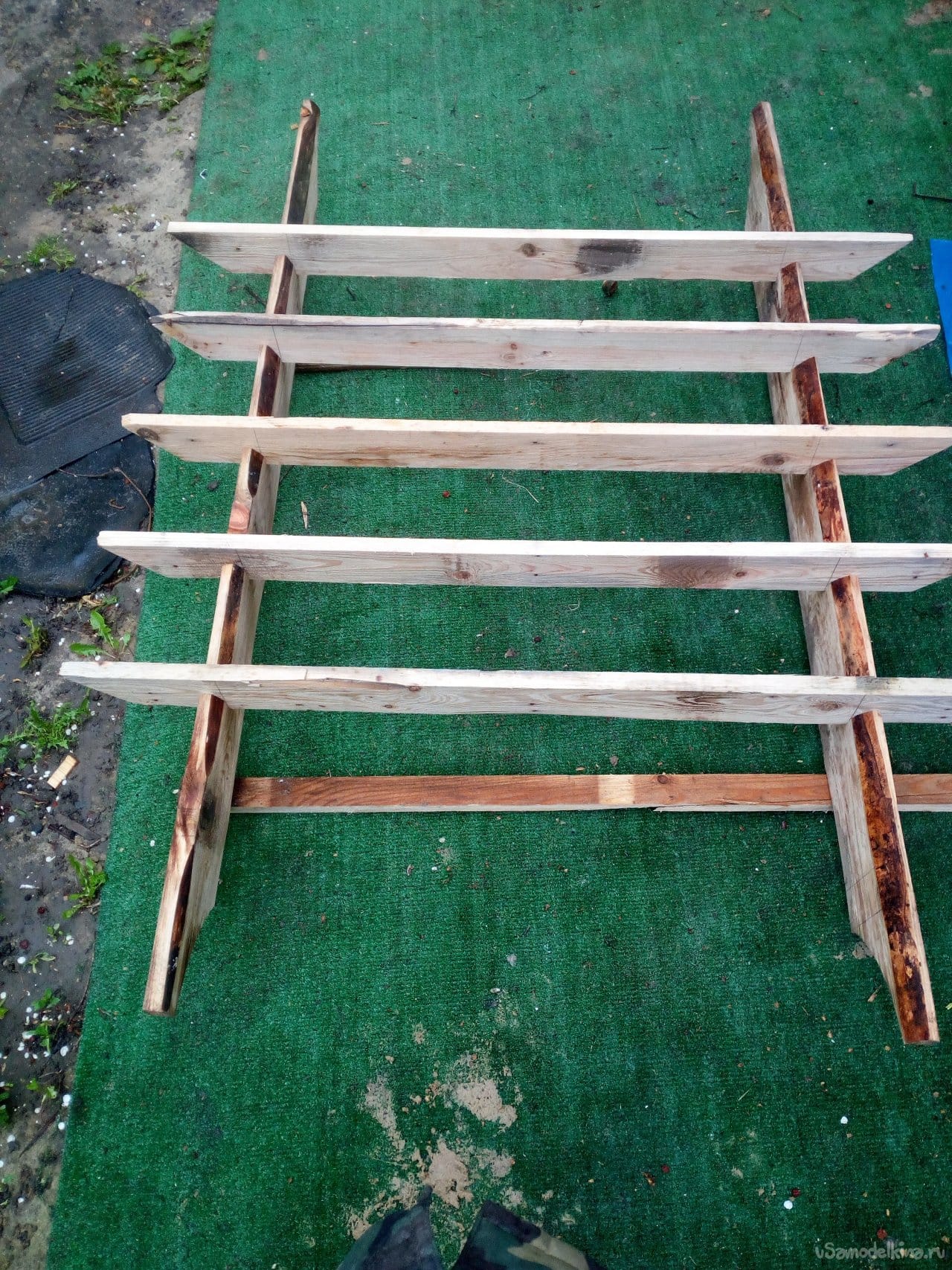 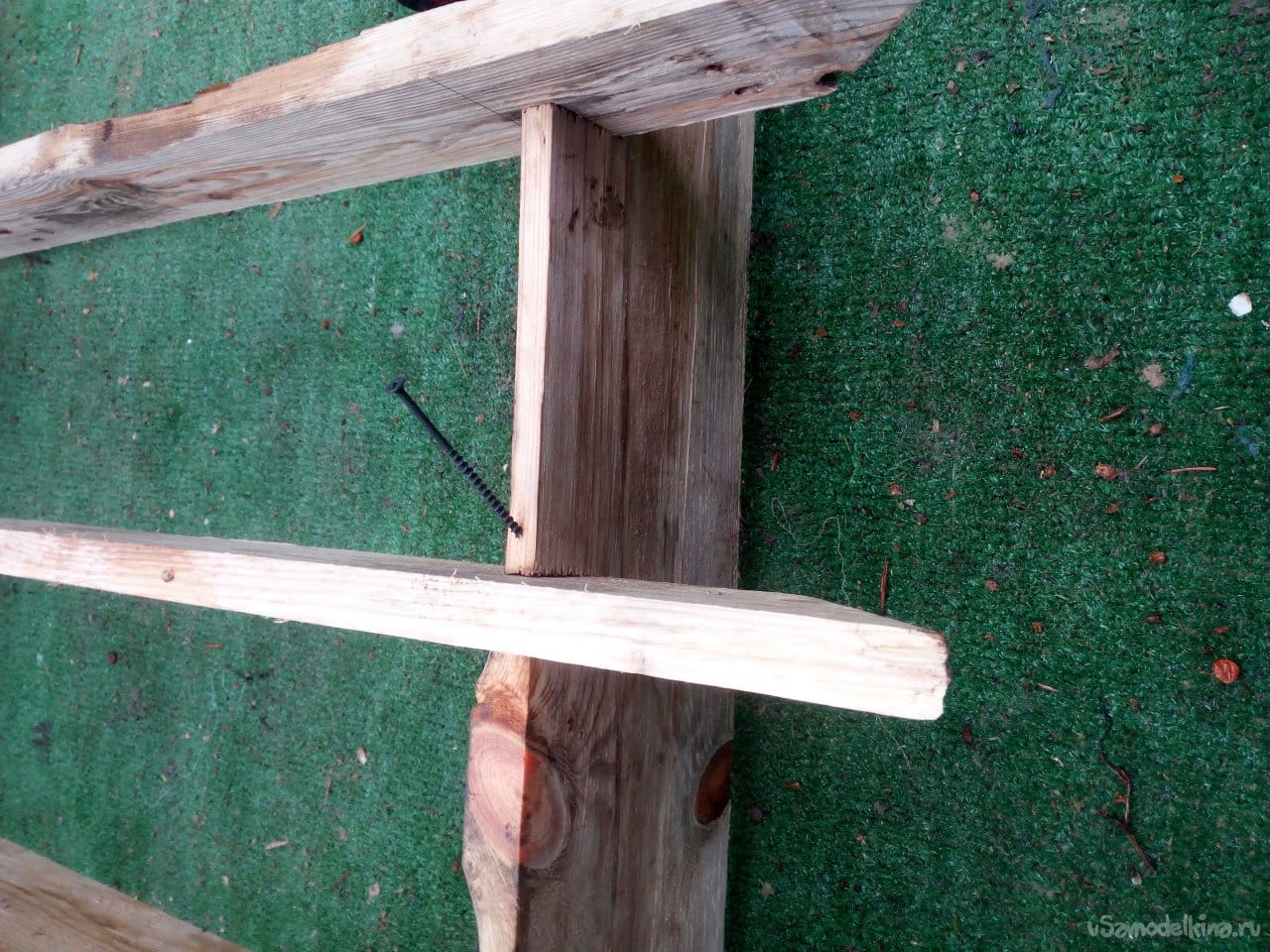 For the rafters, which, according to their location, fell just on the load-bearing beams, a separate groove is made. It is larger in size than the previous ones. To install them in their proper place, I begin to collect the side walls and the top of the pergola. I turn the lid over and tighten it and the walls with self-tapping screws. To make the structure more stable, I make struts. I attach them to the supporting beams and the pergola cover with self-tapping screws. After that, I install the two remaining rafters in their places. The whole structure is painted. Profile pipes are put on the ends of the supporting beams in the lower part. 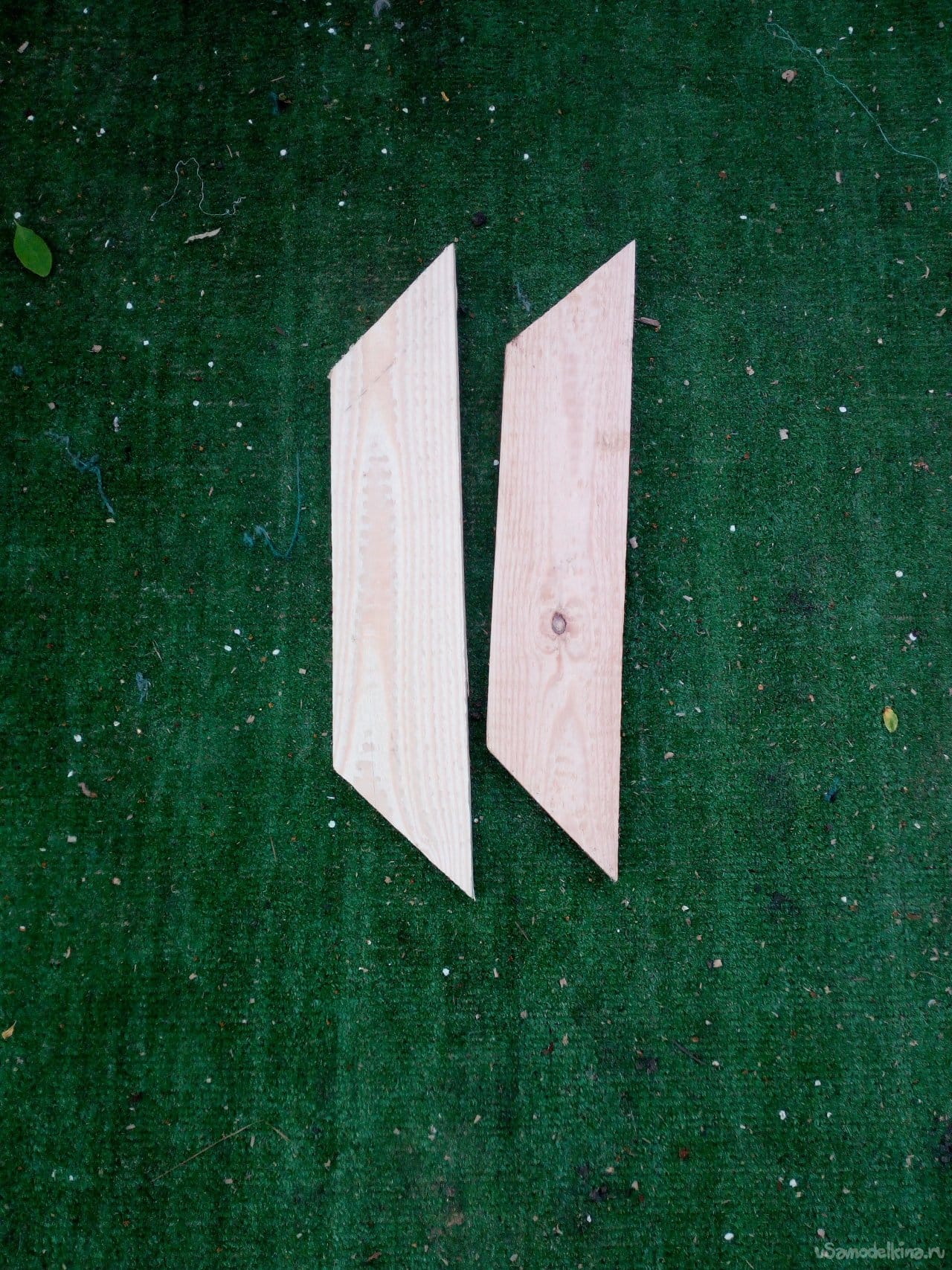 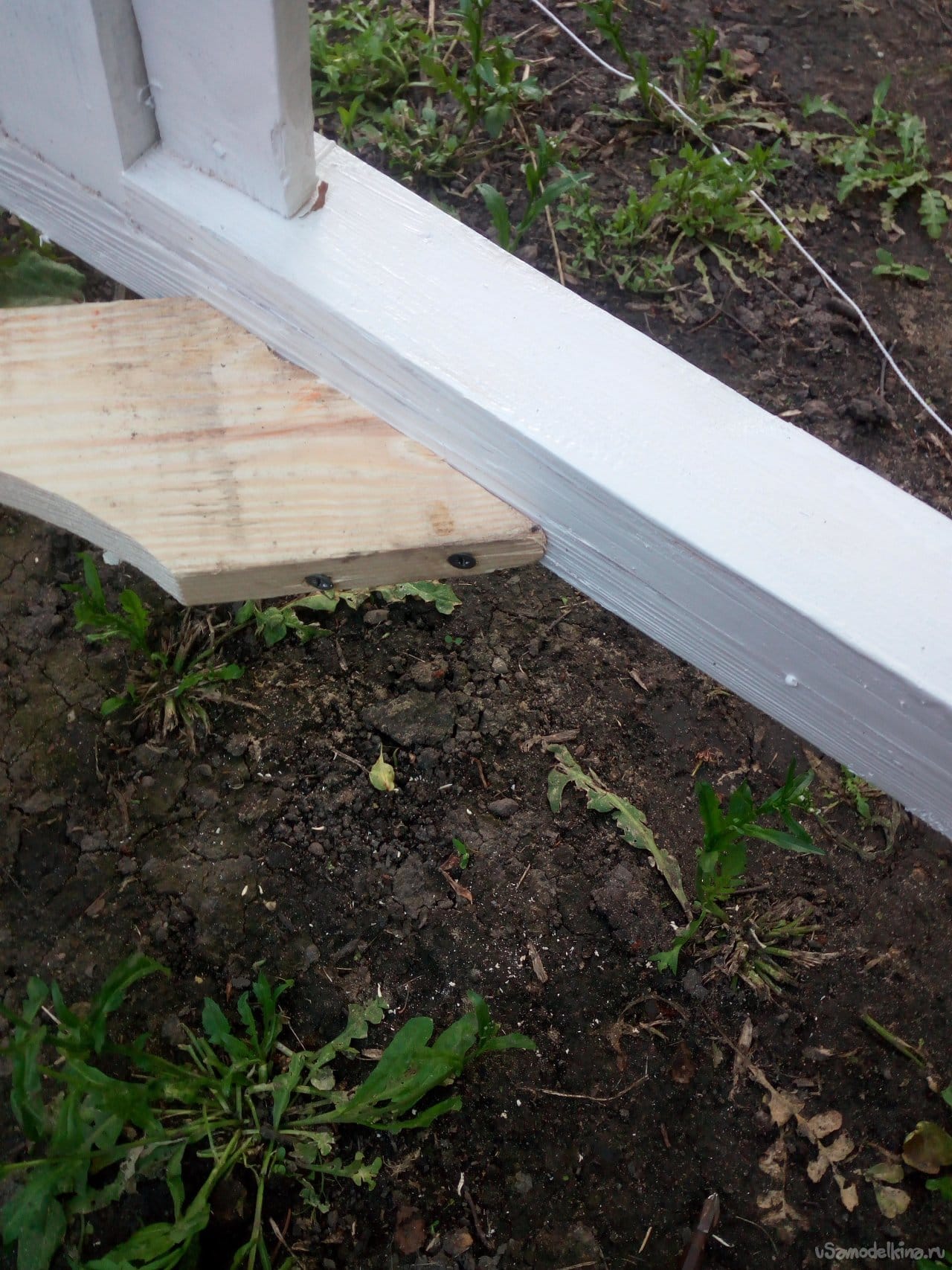 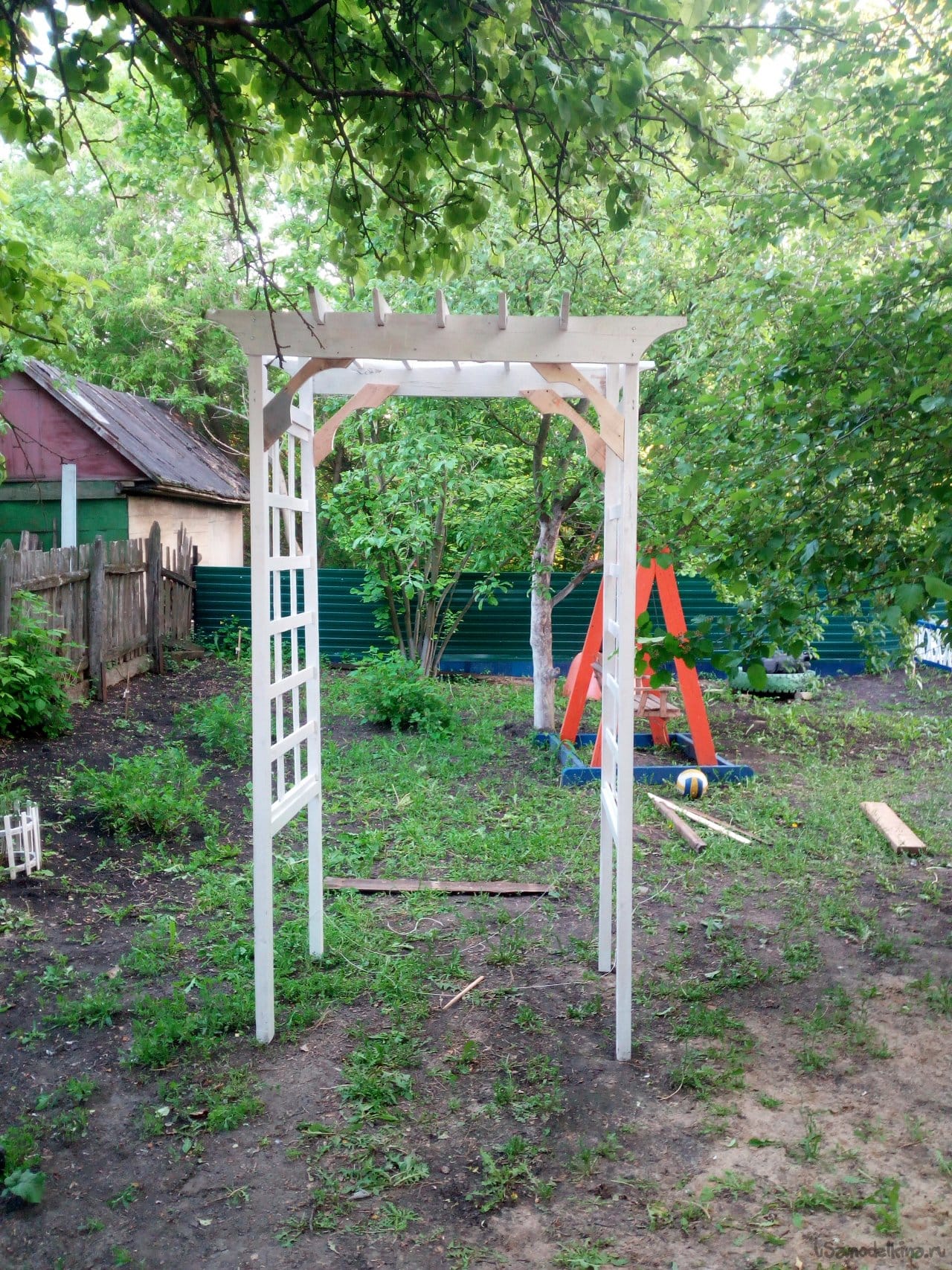 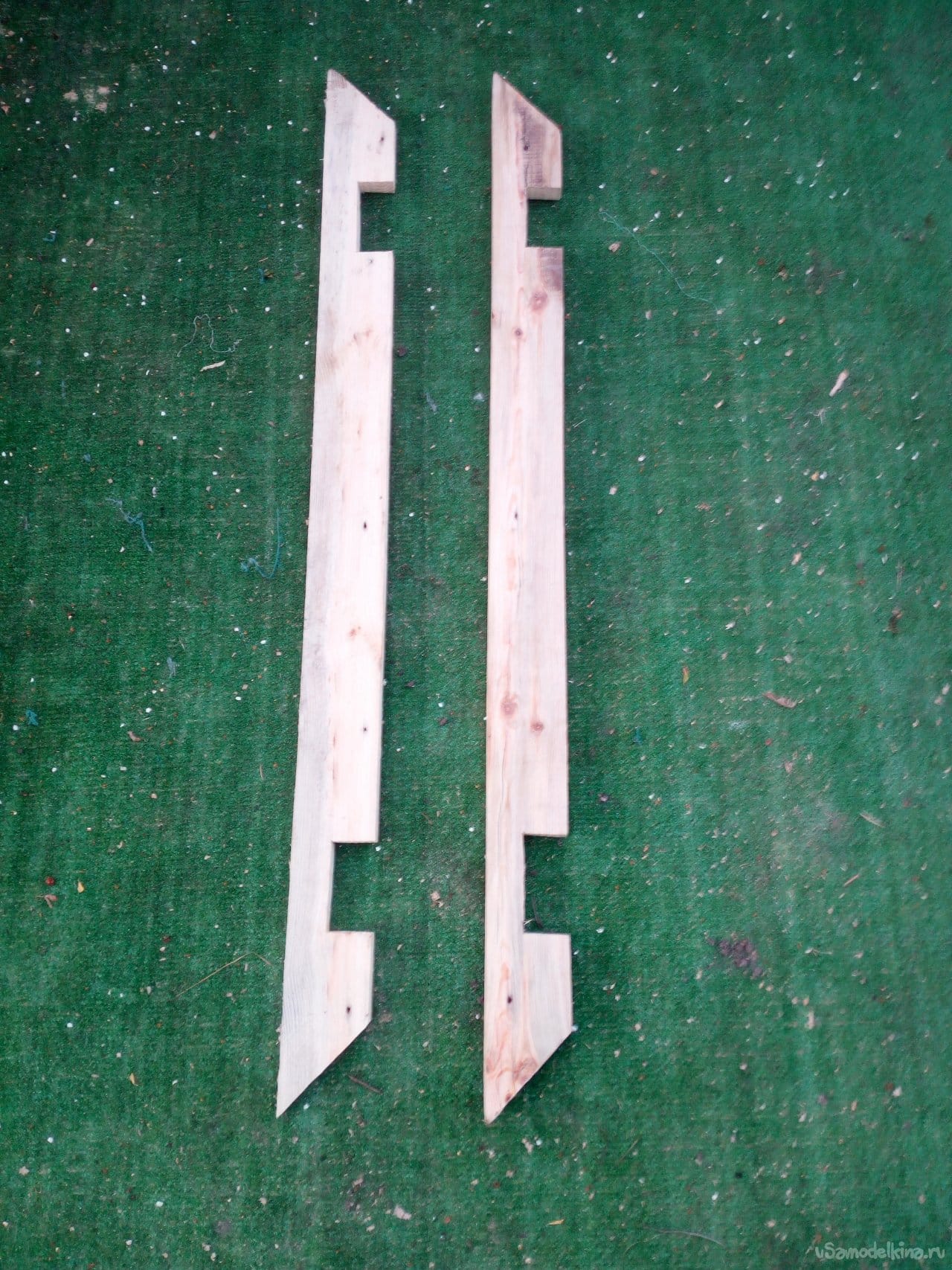 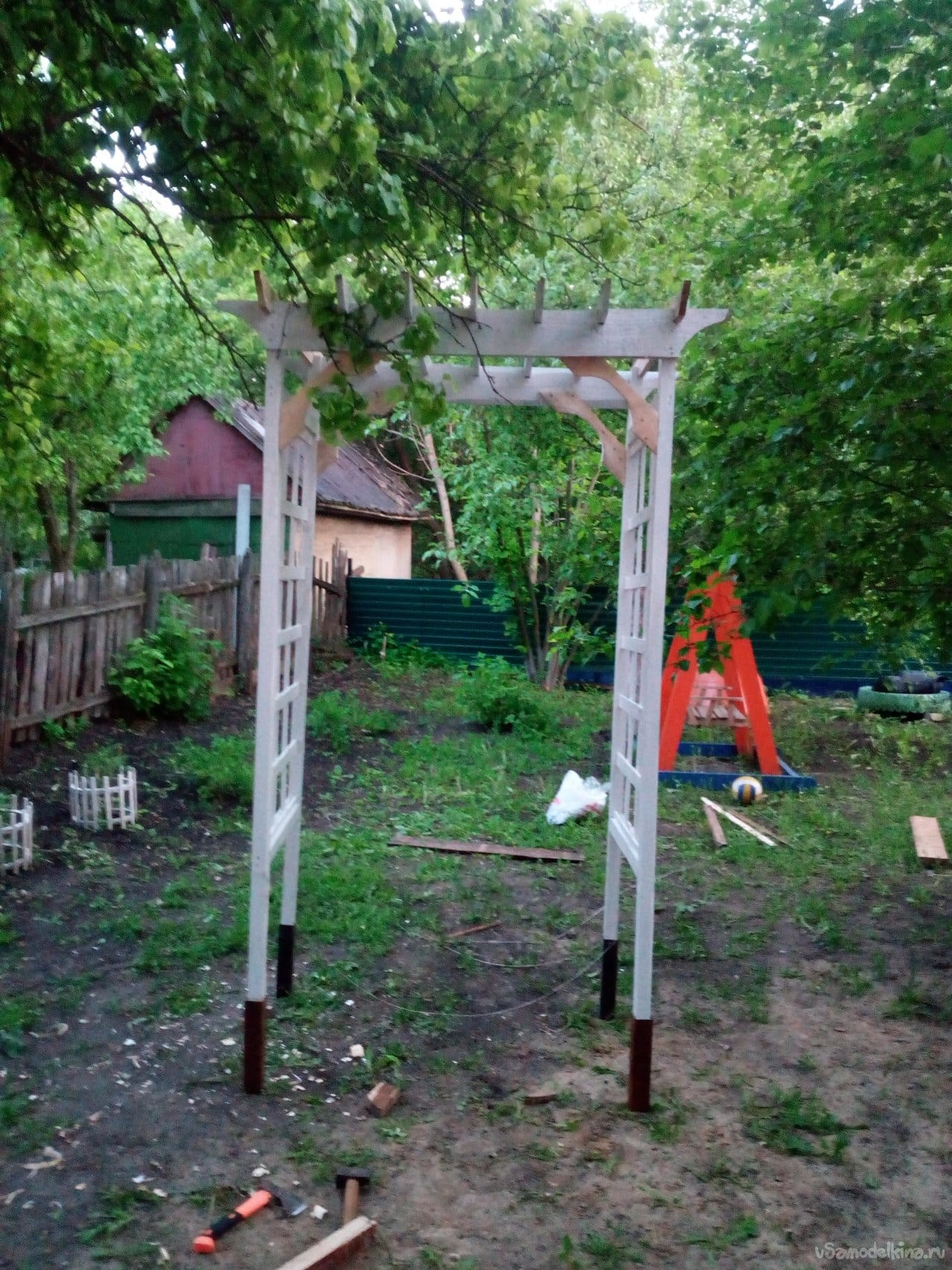 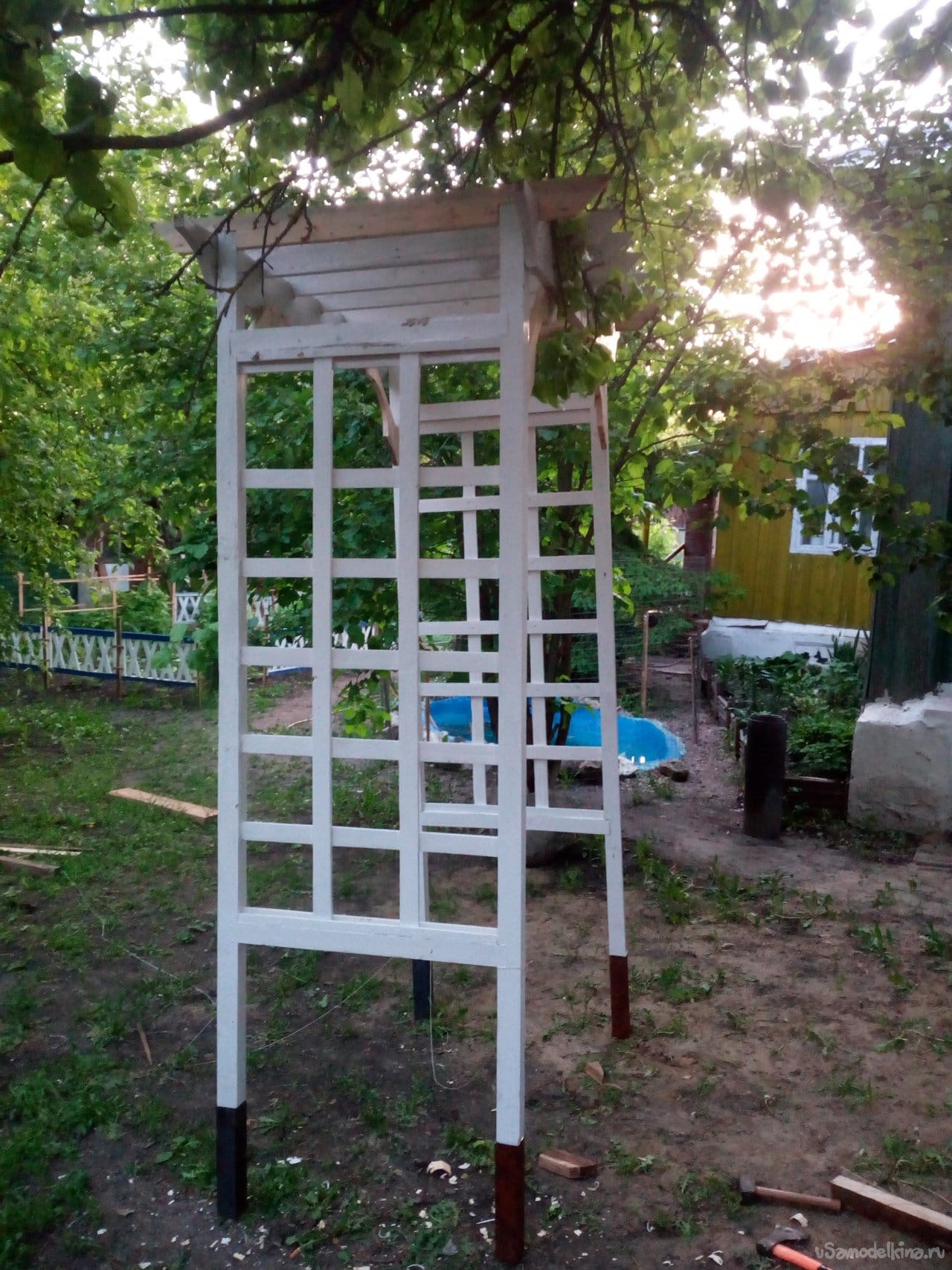 The finished pergola is moved to the place of its permanent deployment. In the ground I dig depressions into which I insert the legs of the pergola. I hammer holes in various battles and fill them with cement. 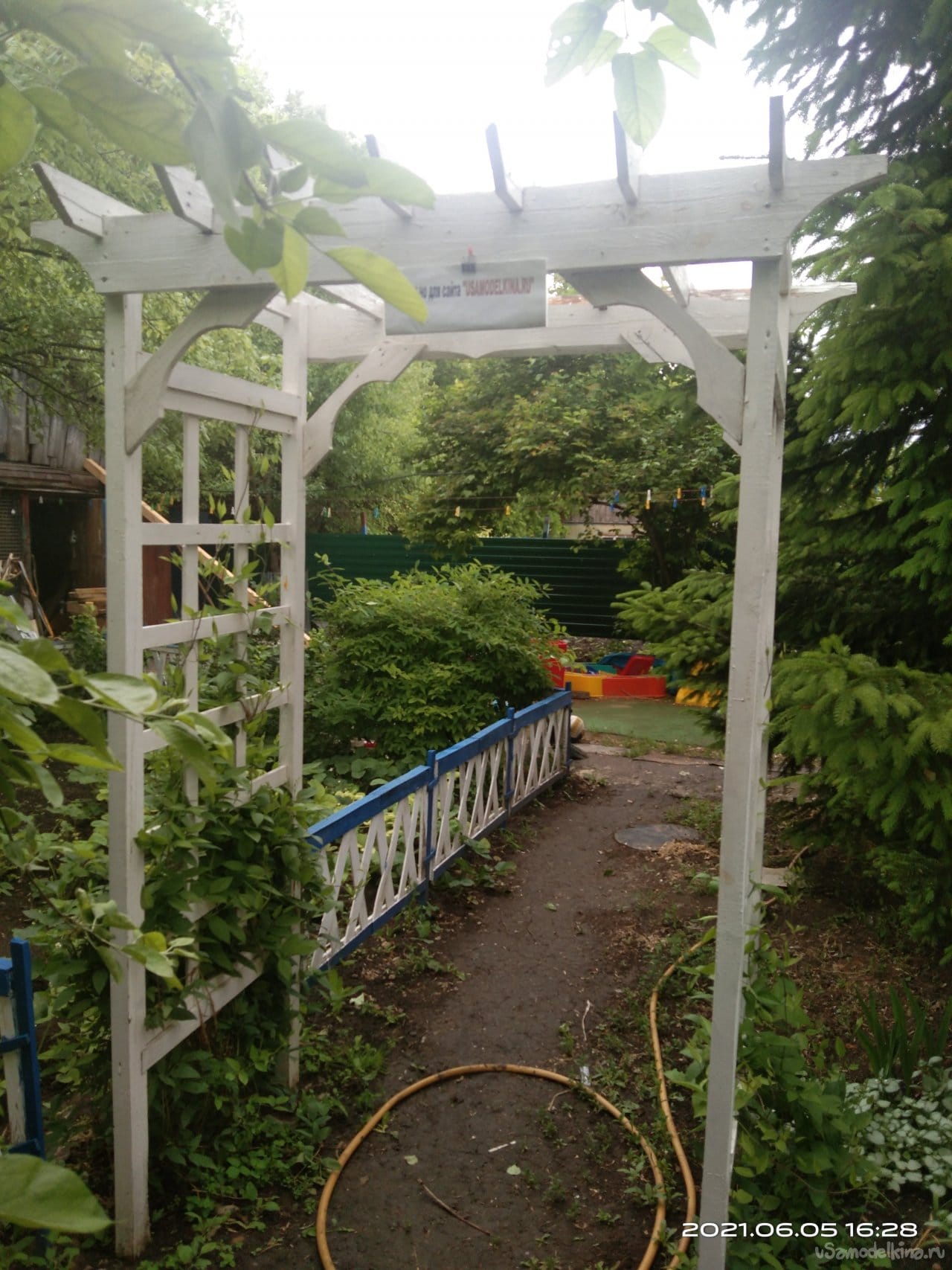 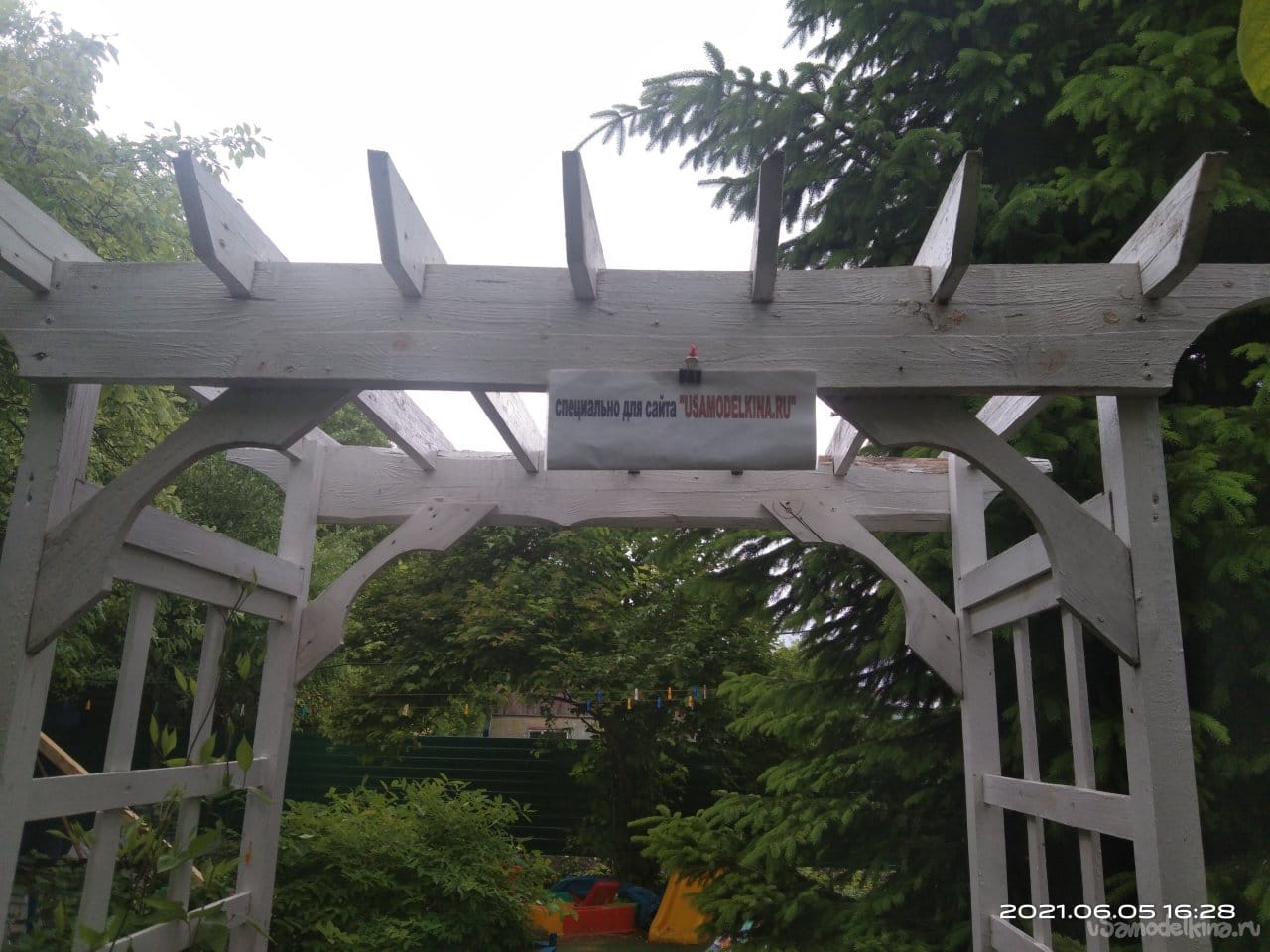 This pergola turned out at the end. Now, of course, it is quite strongly braided by plants and looks simply gorgeous.
This concludes. I wish you all creative ideas and success in their implementation!