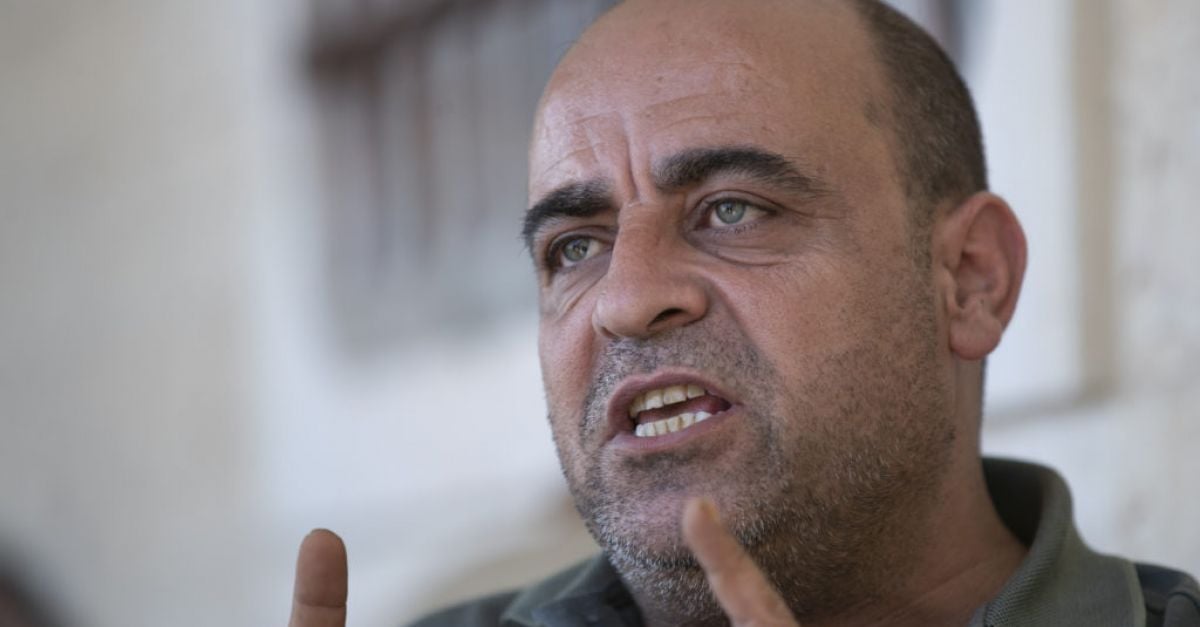 An outspoken critic of the Palestinian government who had intended to run in parliamentary elections before they were cancelled earlier this year died while being arrested by Palestinian forces, officials have said.

Nizar Banat was a harsh critic of the Palestinian Authority, which governs parts of the Israeli-occupied West Bank, and had called on Western nations to cut off aid to it because of its growing authoritarianism and human rights violations.

In a brief statement, the Hebron governorate said his “health deteriorated” when Palestinian forces went to arrest him early on Thursday. It said he was taken to a hospital where he was later pronounced dead.

His cousin, Ammar Banat, said about 25 Palestinian security forces stormed the home where Nizar was staying, blowing out doors and windows. They beat Nizar Banat with an iron bar and sprayed pepper spray in his eyes before undressing him and dragging him away to a vehicle, Ammar told a local radio station, citing two other cousins who were present during the arrest.

In early May, gunmen fired bullets, stun grenades and tear gas at his home near the West Bank city of Hebron, where his wife was inside with their children. He blamed the attack on President Mahmoud Abbas’ Fatah party, which dominates the security forces, saying only they would have access to tear gas and stun grenades.

He also accused prominent Fatah supporters of waging an incitement campaign against him on social media in which they accused him of collaborating with Israel, a serious allegation that in the Palestinian territories amounts to treason. He denied the accusation.

More recently, he had criticised the Palestinian leadership over an agreement in which Israel sent the Palestian government a shipment of coronavirus vaccines that were soon to expire in exchange for fresh doses the Palestinians expect to receive later this year.

The Palestinians called off the agreement after it faced a wave of criticism on social media. Israel said the doses it sent were safe and effective.

The European Union’s delegation to the Palestinians wrote on Twitter that it was “shocked and saddened” by Banat’s death and called for a “full, independent, and transparent investigation.”

The United Nations’ Middle East envoy, Tor Wennesland, also called for an investigation into the incident, saying that the “perpetrators must be brought to justice.”

Earlier this week, Palestinian security forces detained a prominent activist and held him overnight after he unleashed a wave of criticism at the Palestinian Authority on Facebook. Issa Amro is an outspoken critic of both Israel and the PA, and has been detained by both in the past.

A recent poll showed plummeting support for Abbas, who cancelled the first elections in 15 years in April when it looked like his fractured Fatah party would suffer another humiliating defeat to Hamas, the Islamic militant group ruling Gaza.

Hamas drove out forces loyal to Abbas when it seized power in Gaza in 2007, and he was mostly sidelined during last month’s 11-day Gaza war.

Western nations continue to view Abbas as a key partner in the long-moribund peace process, and the European Union has provided hundreds of millions of dollars in direct aid to the Palestinian Authority over the years.

Earlier this week, the EU signed an agreement to provide 425 million US dollars (£304 million) in loans to the Palestinian government and Palestinian banks to help them cope with an economic crisis exacerbated by the coronavirus pandemic.