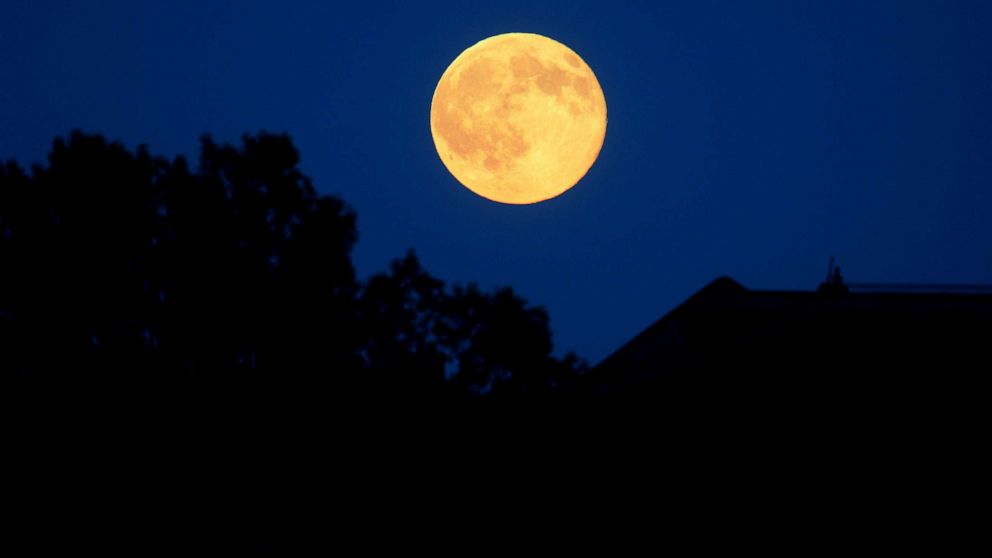 Stargazers are in for a treat over the next few nights with the arrival of the ‘Strawberry Moon’ — the last supermoon of the year.

The moon, which occurs as the full moon in June, does not appear in a pinkish hue despite its name.

The strawberry moon was named by the Algonquins and refers to the relatively short season for harvesting the fruit, according to the Farmer’s Almanac. When the moon appeared, the tribes used it as a signal that the fruit likely was ripe and ready for picking.

It’s also less commonly known as the Hot Moon, the Mead Moon, the Honey Moon and the Rose Moon.

Tonight’s moon is also a supermoon, a full moon or new moon that coincides with the moon’s closest position to Earth, making the celestial body appear larger and brighter, according to NASA.

The strawberry moon rose Thursday morning and will last into early Sunday morning, according to NASA. It will reach peak illumination Thursday around 2:40 p.m. ET, according to the Farmer’s Almanac.

The supermoon will be close enough to the opposite the sun that it will pass through part of the partial shadow. The dimming of the moon during partial penumbral lunar eclipse that results is not noticeable without instrumentation and will not be visible for most of the Americas, according to NASA.