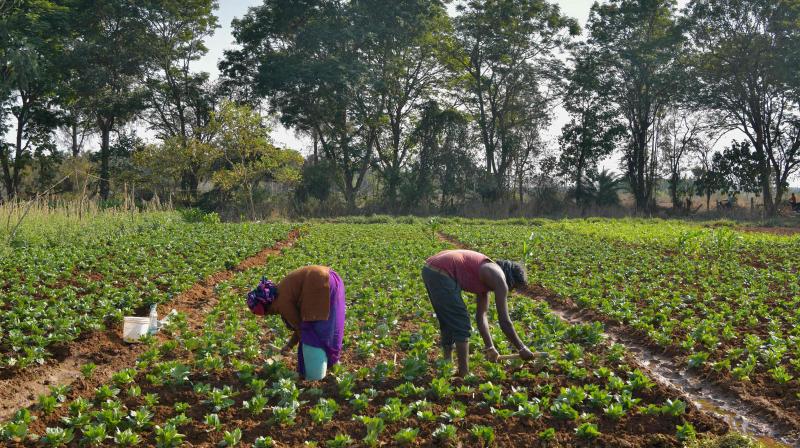 HYDERABAD: Farmers in Telangana state are in a tight corner as banks are adjusting Rythu Bandhu amount towards payment of interest on crop loan arrears during the ongoing Kharif season following the state government’s failure to implement the Rs 1 lakh crop loan waiver scheme, which it promised in 2018.

To make matters worse, banks are not disbursing fresh crop loans for Kharif as the state level bankers committee (SLBC) is yet to unveil the annual credit plan for 2021 though the Kharif season has started on June 1. With this, farmers are struggling to mobilise required money to meet expenses for Kharif cultivation.

Complaints are pouring in from farmers in all districts to the agriculture department which took the matter to the notice of agriculture minister S. Niranjan Reddy who issued orders to banks not to utilise Rythu Bandhu towards crop loan arrears. But farmers allege that banks are not complying with these instructions saying that the state government itself had asked farmers to renew their loan accounts by paying interest and the government would waive loans along with interests later. Since farmers failed to pay interest, the banks say they are forced to utilise Rythu Bandhu amount credited in their accounts.

Despite the Covid-19 induced financial crisis, the state government has credited over Rs 7,000 crore as Rythu Bandhu funds in the bank accounts of over 60 lakh farmers to help them to meet expenses for kharif.

But banks started adjusting this amount towards crop loan arrears of farmers. The government announced to waive crop loans up to Rs 1 lakh as promised during 2018 Assembly polls. However, the government could not waive loans of farmers who took loans up to Rs 25,000 so far due to fund crunch even two-and-a-half years after it made the promise. With this, farmers who took loans of over Rs 25,000, defaulted on repayment of loans.

Even those who renewed their loan accounts by clearing arrears are unable to secure fresh loans as banks are refusing applications citing SLBC not unveiling annual credit plan to give loans for kharif so far.

The SLBC had unveiled an annual credit plan for neighbouring Andhra Pradesh three days ago but kept it pending for Telangana state without citing any reasons.