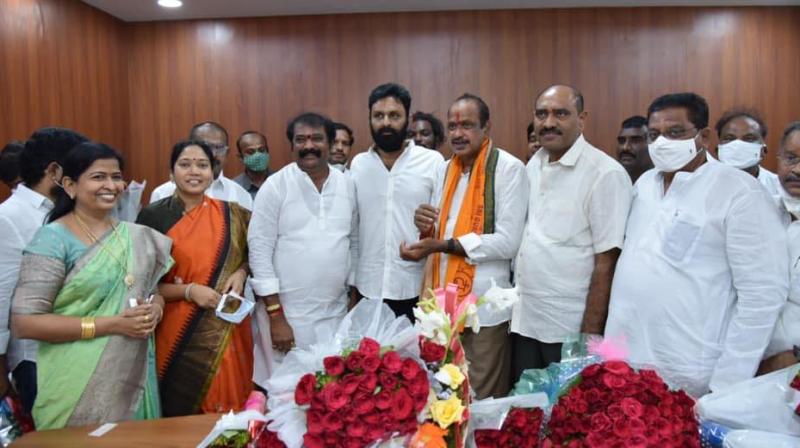 The new legislators of the upper house said they will work towards resolving people's issues and further strengthen YSRC government by taking up various development activities.

Speaking on the occasion, Appi Reddy said for him Chief Minister Y. S. Jagan Mohan Reddy is God and would support the CM as long as his breath lasts. During his 30 years of political career, Appi Reddy has been chairman of Guntur agriculture market committee and YSRC candidate from Guntur West MLA constituency in 2014 elections.

Ramesh Yadav pointed out that he is the first BC MLC from Kadapa district. He said CM Jagan is treating BCs as Backbone Classes than Backward Classes.

Trimurthulu said he had lost the 2019 election unable to face the charisma of Jagan Mohan Reddy. He said for the first time in his 25 years of political career, he has became MLC with the support of the Jagan.