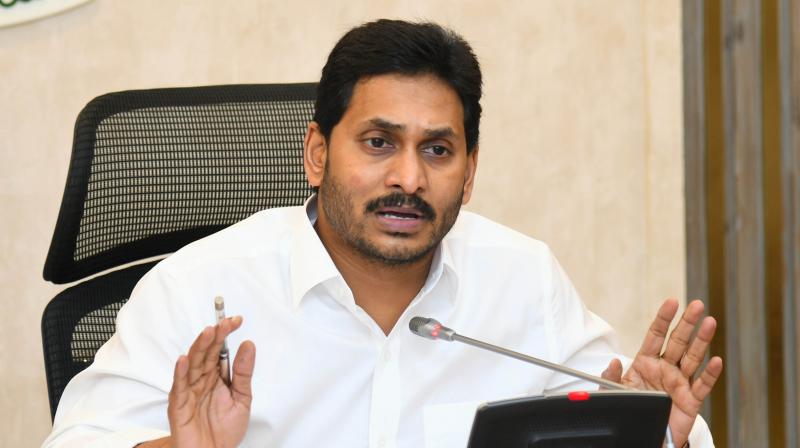 Chief Minister Y.S. Jagan Mohan Reddy said that in the ongoing fight against Covid-19, AP has set an example by administering 13,72,481 vaccine doses in a single day. He said they could achieve such a feat only if provided with the required number of vaccines.

He directed officials to study corporate hospital protocols and to submit a detailed report towards betterment of services in state-run hospitals.

He was speaking at a review meeting on Covid-19, vaccination and progress of Nadu Nedu works in the health department. He said that the state has put in place an effective mechanism to carry out vaccination on a large scale. He congratulated the staff for administering a record 13 lakh doses of vaccine on a single day.

The Chief Minister directed officials to expedite works on construction of new medical colleges and complete them on a war-footing. He urged them to monitor the progress regularly.

Officials briefed about the details of the study regarding buildings, services and non-building services. Reddy said hospital premises should be kept extremely clean and added that strong SOPs should be prepared for hospital management. He said that emergency plans should be effective in evacuating patients safely in the event of unforeseen accidents.

The Chief Minister pointed out the effective mechanism comprising Asha workers, ANMs, staff in village/ward secretariats and two PHCs in each mandal. He said they should be prepared to conduct another mega drive once vaccines are available. The officials informed that the state has the capacity and mechanism to administer 20-25 lakh vaccines in a single day.

The officials said the positivity rate has decreased in all the districts except East Godavari and active cases had come down to 63,068. The positivity rate is 5.65 per cent and recovery rate was 95.93 per cent, they said.

The Chief Minister told the officials to be on alert as lockdown imposed in neighbouring states is being relaxed. The officials said 2,655 ICU beds and 13,824 oxygen beds are available at present and added that 91.48 per cent beds were occupied by patients who were being treated under Arogyasri. They said that 7,056 beds were occupied in Covid care centres.

The state has registered 2,772 black fungus active cases till date and of them 922 patients underwent surgeries, 1,232 were discharged, 212 died while the remaining are undergoing treatment, they said.

Around 1,37,42,417 doses of Covid vaccine were administered of which the first dose was given to 82,77,225 people and two doses were completed on 27,32,596 persons. Vaccine was administered to 10,29,266 mothers of children below five years of age and the first dose of vaccination has been completed on 11,158 persons going abroad. 13,72,481 people were vaccinated in a single day during a mega vaccination drive on June 20, they said.