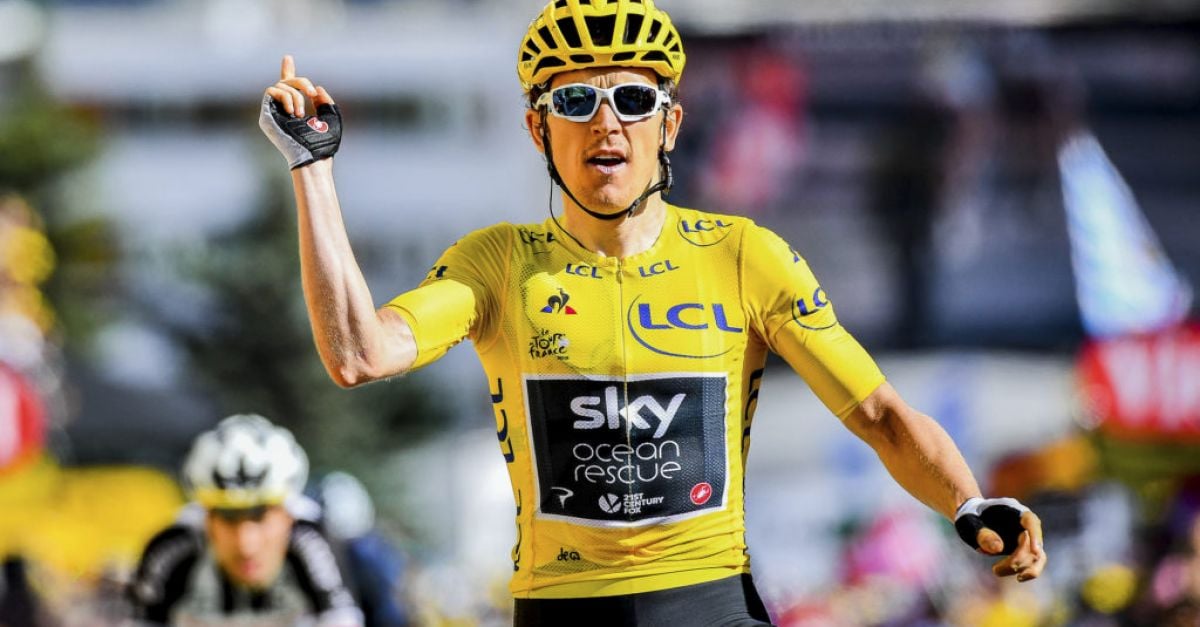 Geraint Thomas believes experience can give him the edge in the Tour de France as he faces younger rivals across the peloton and on board his own team bus.

The Ineos Grenadiers, determined to seize back the yellow jersey they have dominated for the last decade, have brought incredible depth to the Grand Depart in Brittany, their eight-man squad including three former Grand Tour winners and four viable team leaders.

The 22-year-old Tadej Pogacar of UAE Team Emirates is the bookmakers’ favourite to retain his title, but Ineos plan to gang up on him.

A Tour de France 𝐭𝐞𝐚𝐦 like no other, ready to take the initiative.

Thomas, 35, is flanked by 2019 Giro d’Italia winner Richard Carapaz, last year’s Giro winner Tao Geoghegan Hart, and Richie Porte – who at 36 has put together some of the best results of his career over the last 12 months.

“We’ve got a strong team and for us the communication has been good all year,” Thomas said. “As long as we continue to do that we could be in a very strong position.

“For myself it’s just a case of racing the best I can. I feel in good shape and that experience hopefully should give me a slight edge.”

Ineos have brought multiple leaders to the Tour before – Thomas went into the 2018 race as back-up to Chris Froome before emerging the stronger of the two, then the Welshman finished second to team-mate Egan Bernal a year later – but never have they had an array of riches like this.

“Having four guys who can potentially be up there is great, it gives us cards to play later in the race,” Thomas added.

“But we can’t get carried away trying to protect four riders, it will take too much out of the other four. As long as we can all be in touching distance that will be a great strength of ours, but we know after the first week that won’t be the case – something will happen to somebody, it always does.”

The Grenadiers have piled up victories this year, spread throughout the team. While Bernal was off winning the Giro, the Tour squad collected wins of their own – Thomas at the Tour de Romandie, Carapaz in the Tour de Suisse and Porte at the Criterium du Dauphine.

Thomas – who said he is putting new contract talks on hold until after the Olympics – also managed third in both the Volta a Catalunya and the Dauphine.

“I think it’s my most consistent form (since 2018) for sure,” he said. “I was in pretty good shape for the Tour in 2019 and great shape last year for the Giro, but I didn’t get to show it. But as the season goes it’s the best consistent form I’ve shown since then so I’m just enjoying it.”

The 28-year-old Carapaz, second in the Vuelta a Espana last year, seems the most likely man to challenge Thomas for the leadership.

“We have a very strong team,” the Ecuadorian said. “We will work as a team and see how things evolve.”

Though Porte’s recent results – he finished a career-best third in last year’s Tour – would demand top billing anywhere else, the laid-back Tasmanian, a key lieutenant for Froome in their Team Sky days, would have few qualms about riding in a support role.

"It’s the pinnacle of professional cycling
It’s the race that most riders can trace their origins and early experiences to."

“I’m 36 now and it’s been a dream last year for me with the results I’ve had,” he said. “I’m just enjoying being back here and will take it one day at a time.”

Geoghegan Hart – whose surprise Giro victory came after Thomas crashed out on stage three – will look to soak up as much as he can from his debut Tour, but was clear he is not making up the numbers.

“When you’re talking about leaders I would expand that to the whole team because they have so much experience not only of riding the Tour but of delivering the yellow jersey to Paris,” the 26-year-old said.

“You look around this group at the dinner table and the guy with the least Grand Tour experience has a Grand Tour to his name. I’m just really looking forward to taking each day as it comes.”

Mary Kom bows out after losing to Ingrit Valencia