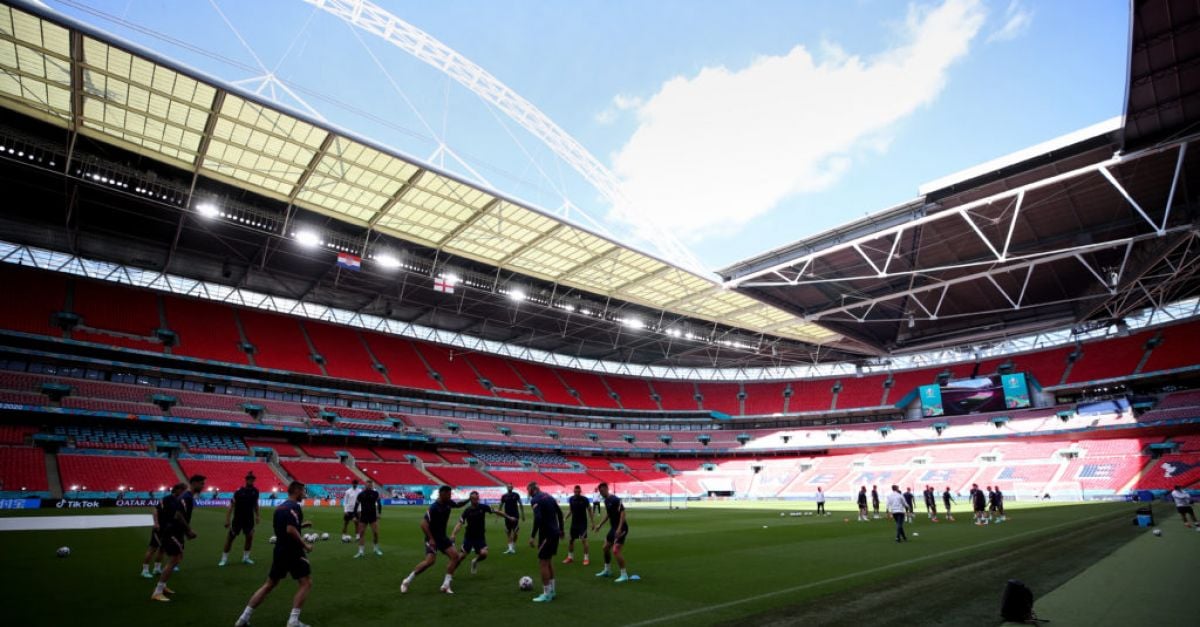 Italy and Austria will not be able to train at Wembley ahead of their Euro 2020 last-16 tie in order to protect the pitch.

Wembley hosted all of England’s Group D matches, and will see the Three Lions return to the national stadium for their showdown against Germany on June 29th.

The two semi-finals are also scheduled to be played at the north London stadium ahead of the final on July 11th.

The PA news agency understands the decision not to allow both Austria and Italy to hold a training session at Wembley was taken on Thursday morning in an attempt to preserve the quality of the pitch for the match.

The playing surface has suffered with the wet and fresh weather around the last two games.

The forecast over the next couple of days is of a similar outlook, which is likely to put the pitch under further strain – especially given the England against Germany game will follow less than 72 hours later.

Italy have impressed so far, finishing top of Group A ahead of Wales, while Austria progressed as runners-up in Group C behind Holland.

Roberto Mancini’s squad are expected to train at their Coverciano base on Friday morning before flying to England later during the afternoon.