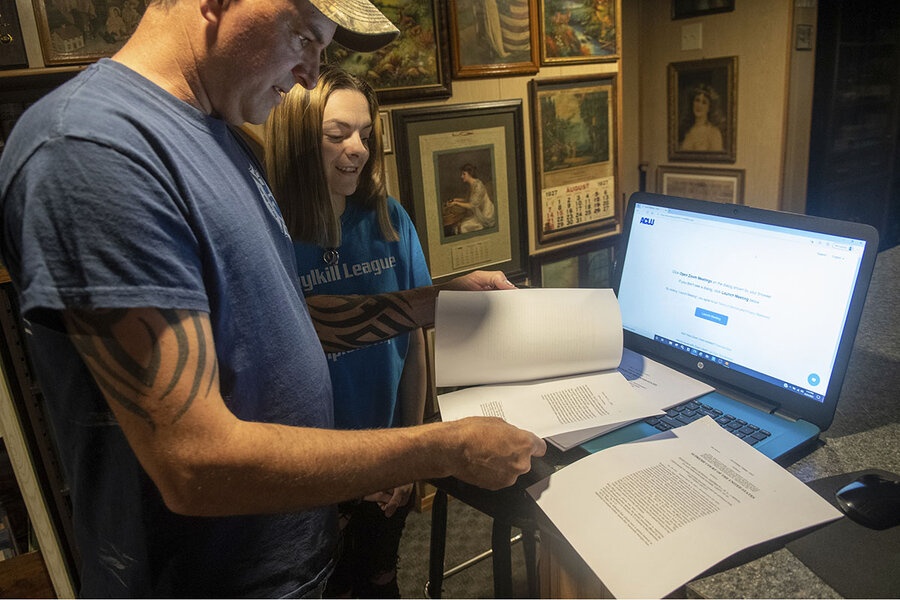 At the Cocoa Hut on that weekend day, shortly after being cut from the varsity cheerleading squad, she posted a profane rant on Snapchat criticizing the school. She was suspended from the squad for a year and sued the school district.

A federal appeals court ruled in her favor, saying that schools have no purview over off-campus speech of any kind. The Supreme Court reached a narrower compromise in its decision. While it ruled that the Mahanoy Area School District’s actions were unconstitutional, it also said that schools could have authority over students’ off-campus speech in certain situations.

While those situations are still to be determined, the ruling is a historic one in free speech and public education law.

“This is a momentous decision on behalf of students’ rights,” says Justin Driver, a professor at Yale Law School and author of “The Schoolhouse Gate: Public Education, the Supreme Court and the Battle for the American Mind.”

“Some of the language in [the majority opinion] is quite ringing,” he adds. But “it remains unclear what administrators can do in many vexing cases in terms of punishing students for off-campus speech.”

The case may seem trivial on the surface – a teenager posting some vulgarities on social media because of a high school slight – but in the majority opinion, Justice Stephen Breyer emphasized the importance of the decision for every American.

“It might be tempting to dismiss [Ms. Levy’s] words as unworthy of the robust First Amendment protections discussed herein,” he wrote. “But sometimes it is necessary to protect the superfluous in order to preserve the necessary.”

“America’s public schools are the nurseries of democracy,” he added. Thus, “courts must be more skeptical of a school’s efforts to regulate off-campus speech.”

Indeed, despite its historic nature the ruling leaves school administrators and lower federal courts with little more clarity than they had before. Off campus, where do student free speech rights end and a school’s authority to regulate student speech begin?

Those three “vague considerations” do provide some guidance. It will generally be down to parents to regulate the off-campus speech of students. Schools still have “significant” regulatory interests in “some off-campus circumstances,” including bullying, threats, and cheating. But they can’t have their free speech restricted everywhere at all times.

That aspect of the ruling broke with the federal appeals court’s opinion that schools have no authority to regulate any kind of student  speech once off the grounds. Because of that, educators say this week’s ruling will change little about how they handle student speech outside school.

“Districts being able to still exercise their rights to penalize students when their actions are to harass or to bully or to threaten individuals, even though outside of school grounds, that seems to be left open,” says Daniel Domenech, executive director of the American Association of School Administrators.

In Burien, Washington, Highline Public Schools Superintendent Susan Enfield says she doesn’t think they will change any of their policies because of the ruling. What she hopes it will prompt is a deeper discussion in classrooms about the rights and responsibilities that come with free speech.

“Just because you can say something doesn’t mean you should. Those are the conversations we should be having, especially in the age of social media,” she adds. “We can’t rely on court ruling[s] and draconian disciplinary practices to do [that] work.”

Professor Driver, who used to clerk for Justice Breyer, says the court could have articulated a clearer guidance for schools and courts, but he has some sympathy. The case was argued in late April, and with just a couple of months to tackle the tough questions a broad ruling would raise, they chose to defer those questions for another day.

“This case is the first word on off-campus speech. But it certainly is not going to be the last,” adds Professor Driver.

How could this issue return to the Supreme Court? A recent controversy in Ohio could be a preview.

In February, an anonymous Twitter user posted a March Madness-style bracket designed to rank the attractiveness of female students at a suburban Cleveland high school. Within hours, the school’s principal had sent a schoolwide email describing the brackets as “bullying,” and promising “consequences” for the people who created them.

“A situation like that could potentially be something that could cause a material disruption under Tinker,” says Andrew Geronimo, director of the First Amendment Clinic at Case Western Reserve University School of Law, referring to a 1969 Supreme Court case.

That case was also the last time the Supreme Court issued a ruling defending a high school student’s free speech. The court decided that an Iowa school district couldn’t prohibit Mary Beth Tinker from wearing an anti-Vietnam War armband at school, and that a school could only restrict student speech if it would “materially and substantially interfere” with the operation of the school.

Between Ms. Tinker and Ms. Levy, high schoolers suffered a string of losses at the high court. The court upheld Matthew Fraser’s suspension for using lewd language in a speech at a school assembly. It also upheld a school principal’s decision to delete two articles from a Missouri high school newspaper before publication. And in 2007 the court upheld a school’s decision to suspend Joseph Frederick for bringing a banner saying “Bong Hits 4 Jesus” to a school-sponsored event.

That momentum had some free speech advocates concerned that Ms. Levy’s case would see the Supreme Court again ignore the Tinker standard, even in the off campus context. Instead, Tinker – and the First Amendment rights of students – were reaffirmed.

If that was a surprise, it may be less so that it was Justice Breyer – who often spends time speaking to students about civics and the law – who wrote a majority opinion that reads in some parts like a civics lesson. Schools, he wrote, “have a strong interest in ensuring that future generations understand the workings in practice of the well-known aphorism, ‘I disapprove of what you say, but I will defend to the death your right to say it.’”

And at a moment when the foundations of American democracy are being called into question, and when protests are erupting around the content of school curricula and laws are being passed to restrict the same, some court watchers see the opinion as a timely one.

Free expression “isn’t a switch you can turn on when you turn 18,” says Sigal Ben-Porath, a professor at the University of Pennsylvania and author of “Free Speech on Campus.”