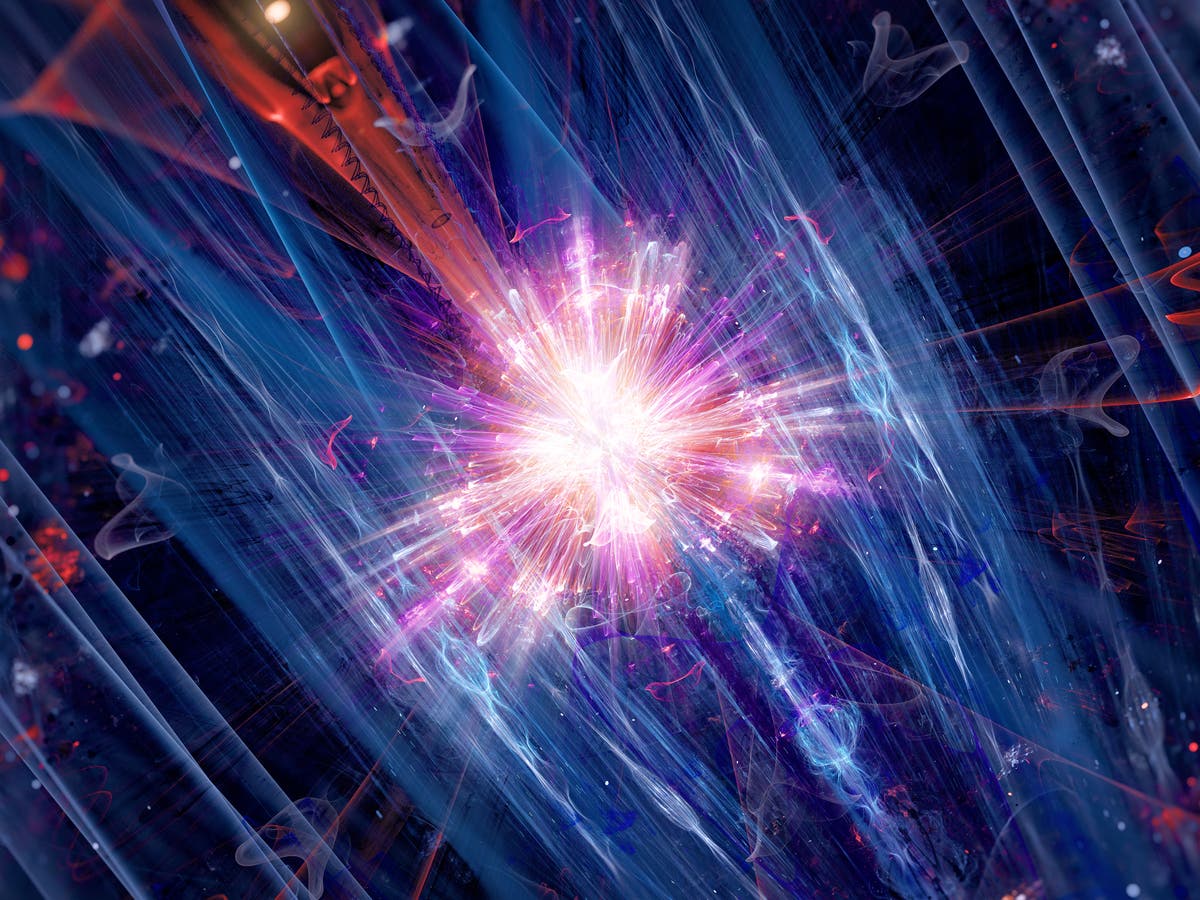 Subatomic particles can rapidly change between matter and antimatter, scientists have now found.

This groundbreaking discovery was made by monitoring charm mesons, which are subatomic particles that contain a quark (elementary particles, and fundamental block of matter) and an antiquark.

Every particle has an antiparticle, which has the same mass, lifetime, and spin, but the opposite physical charge – including electrical. A mass of quarks form composite particles known as hadrons, the most stable of which are protons and neutrons found in atoms.

In quantum physics, a charm meson can be both a particle and an antiparticle at once, in the same way that light can behave as both a wave and a particle. This state is known as quantum superposition, and results in a lighter particle and a heavy particle. While scientists knew that these subatomic particles could travel as a mixture of their states, it is now found that the charm meson can oscillate between these light and heavy versions.

Until now, the only particle seen to behave like the charm meson is the strange-beauty meson, found in 2006. “What makes this discovery of oscillation in the charm meson particle so impressive is that, unlike the beauty mesons, the oscillation is very slow and therefore extremely difficult to measure within the time that it takes the meson to decay”, said Professor Guy Wilkinson from the University of Oxford.

‘This result shows the oscillations are so slow that the vast majority of particles will decay before they have a chance to oscillate. However, we are able to confirm this as a discovery because [the Large Hadron Collider experiment] has collected so much data.”

The collision of two protons, as they travel only a few millimetres, gives scientists the opportunity to measure the key quantity that controls the speed of the change from particle to anti-particle: the difference in mass.

It could be that such transitions are caused by unknown particles not currently included in the Standard Model, the theory that describes the weak, strong, and electromagnetic forces.

Barring gravity, it covers three of the four fundamental forces in the universe, and should classify all known elementary particles.

The study, Observation of the mass difference between neutral charm-meson eigenstates, is currently available in preprint, and has been submitted to the journal Physical Review Letters.