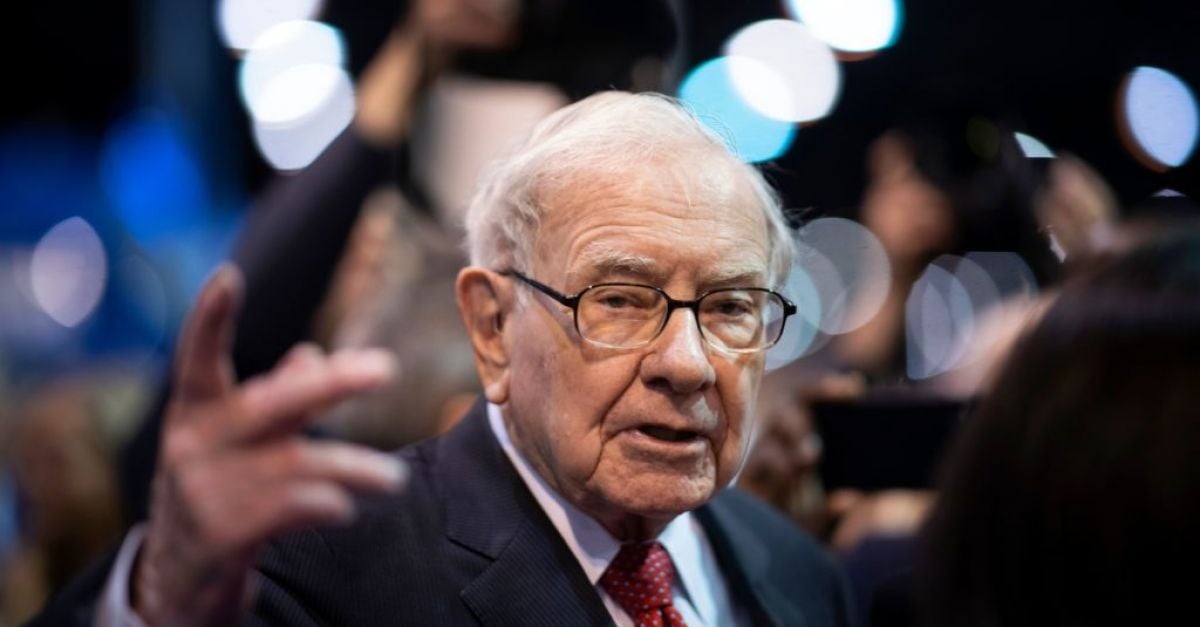 The billionaire investor Warren Buffett said he is resigning as a trustee of the Bill and Melinda Gates Foundation, and has donated half his wealth to philanthropy since pledging 15 years ago to give away his fortune from running Berkshire Hathaway Inc.

Mr Buffett, 90, said in a Wednesday statement that he has been an “inactive trustee” for years at the foundation, but fully supported its chief executive Mark Suzman and that their goals were “100 per cent in sync.”

He also announced a new $4.1 billion (€3.4 billion) donation of Berkshire shares to the Gates Foundation and four family charities, part of his 2006 pledge to give away about 99 per cent of his net worth.

The future of the Gates Foundation has been uncertain following last month’s announcement that co-founders Bill Gates and Melinda French Gates were divorcing after 27 years of marriage.

The foundation did not immediately respond to a request for comment. Mr Buffett did not mention the Gates’ divorce as a reason to resign, while noting he has given up all directorships outside Berkshire, reducing his workload.

Arguably the world’s most famous investor, Mr Buffett has since 1965 built Berkshire into a more than $600 billion conglomerate, owning businesses such as the BNSF railroad and Geico auto insurance, and stocks such as Apple Inc.

Society has a use for my money: I don’t

“Over many decades I have accumulated an almost incomprehensible sum simply by doing what I love to do,” Mr Buffett said. “Society has a use for my money: I don’t.”

Mr Buffett has assured his children they would remain taken care of. “A very rich person should leave his kids enough to do anything, but not enough to do nothing,” he told Fortune magazine in 2006.

Had Mr Buffett not made his donations, his fortune would roughly equal that of Amazon.com Inc founder Jeff Bezos, the world’s richest person according to Forbes magazine.

Mr Buffett’s statement also addressed recent criticism after a ProPublica investigation found that he and other wealthy people paid low taxes relative to their fortunes.

He said his donations have resulted in only about 40 cents of tax savings per $1,000 given.

“Nevertheless, tax deductions are important to many — particularly to the super-rich — who give large amounts of cash or securities to philanthropy,” he said.

Mr Buffett also used references to American football to assure fans he has no plans to step away, including from Berkshire.

“These remarks are no swan song,” he said. “I still relish being on the field and carrying the ball. But I’m clearly playing in a game that, for me, has moved past the fourth quarter into overtime.”