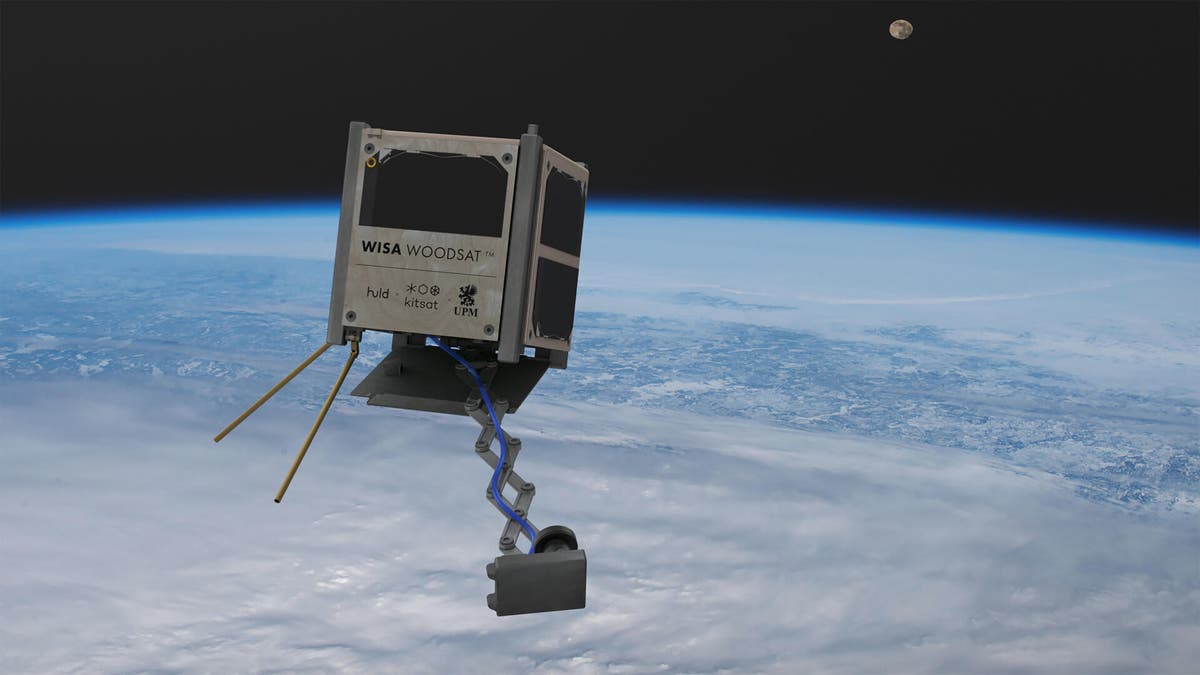 The world’s first wooden satellite, shaped like a box, is being sent to space this year with a number of experimental sensors.

The WISA Woodsat is a ten centimetre-square nanosatellite (‘CubeSat’) built using standardised boxes with surface panels made of plywood. Apart from the aluminium rails used to send it into space – and one selfie stick – the entirety of the craft is made from wood.

It will travel 500-600 kilometres high, and while it’s expected that it will survive exposure to atomic oxygen (created by intense ultraviolent light that decomposes oxygen from two atoms to just one) the wood will be darkened by exposure to the light. As such, the selfie stick will be a key component for monitoring colour changes and cracking.

“The base material for plywood is birch, and we’re using basically just the same as you’d find in a hardware store or to make furniture,” explains Woodsat chief engineer and Arctic Astronatics co-founder Samuli Nyman.

“The main difference is that ordinary plywood is too humid for space uses, so we place our wood in a thermal vacuum chamber to dry it out. Then we also perform atomic layer deposition, adding a very thin aluminium oxide layer – typically used to encapsulate electronics.

“This should minimise any unwanted vapours from the wood, known as ‘outgassing’ in the space field, while also protecting against the erosive effects of atomic oxygen. We’ll also be testing other varnishes and lacquers on some sections of the wood.”

A suite of experimental sensors will be attached to the CubeSat, courtesy of the European Space Agency which is assisting with the launch.

“It’s been a tight schedule but we welcomed the opportunity to contribute to Woodsat’s payload in return for helping assess its suitability for flight”, said Riccardo Rampini, head of the ESA’s Materials’ Physics and Chemistry section.

“The first item we’re embarking is a pressure sensor, which will allow us to identify the local pressure in onboard cavities in the hours and days after launch into orbit. This is an important factor for the turn-on of high power systems and radio-frequency antennas, because small amounts of molecules in the cavity can potentially cause them harm.

Other sensors include an LED with a photoresistor that senses as it lights up, with the source of its power being a 3D-printed electrically-conductive plastic – which could pave the way for printing power in the future.

The final sensor is a quartz crystal microbalance, which is a sensitive contamination monitoring tool for measuring nanogram deposits from the electronics on the craft as well as the wooden surfaces themselves.

Woodsat will also carry an amateur radio payload, allowing amateurs to relay radio signals and images from around the world to the satellite.