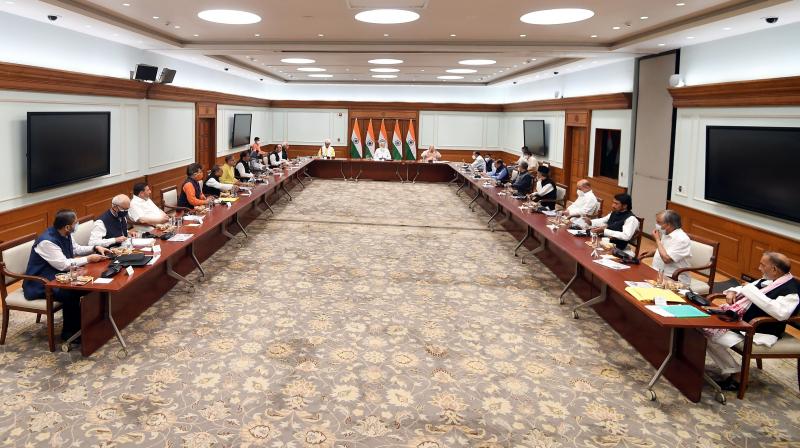 Hyderabad: Day after Prime Minister Narendra Modi met with the leaders of Jammu and Kashmir and assured that the Union Territory will get a full statehood "at right time", the Telangana BJP lauded the prime minister's move and said that his initiatives highlights his government's national agenda of 'Ek Bharat, Sresht Bharat'.

In a statement issued by Telangana BJP, K.Krishna Saagar Rao, the chief spokesperson of the party, said that the prime minister's move is both historic and path-breaking.

"PM Narendra Modi has kept his commitment to initiate the electoral process in the state, which he has promised during the annulment of Article 370 in August 2019," the party statement added.

The statement said that PM Modi has displayed "democratic spirit, national agenda and longer-term vision" by bringing all the political parties of Jammu and Kashmir together on one platform.

"This initiative once again demonstrates PM Modi's statesmanship," the statement said, and added that the meeting "explicitly" highlights the integrity, trust, respect and reliability that PM Modi enjoys "even amongst his stark political adversaries".

This is the first time top political leaders from J&K held detailed talks with Prime Minister Modi and other Central leaders like Amit Shah since J&K’s special status under Article 370 was abolished in August 2019 and the state was split up into two Union territories of J&K and Ladakh.