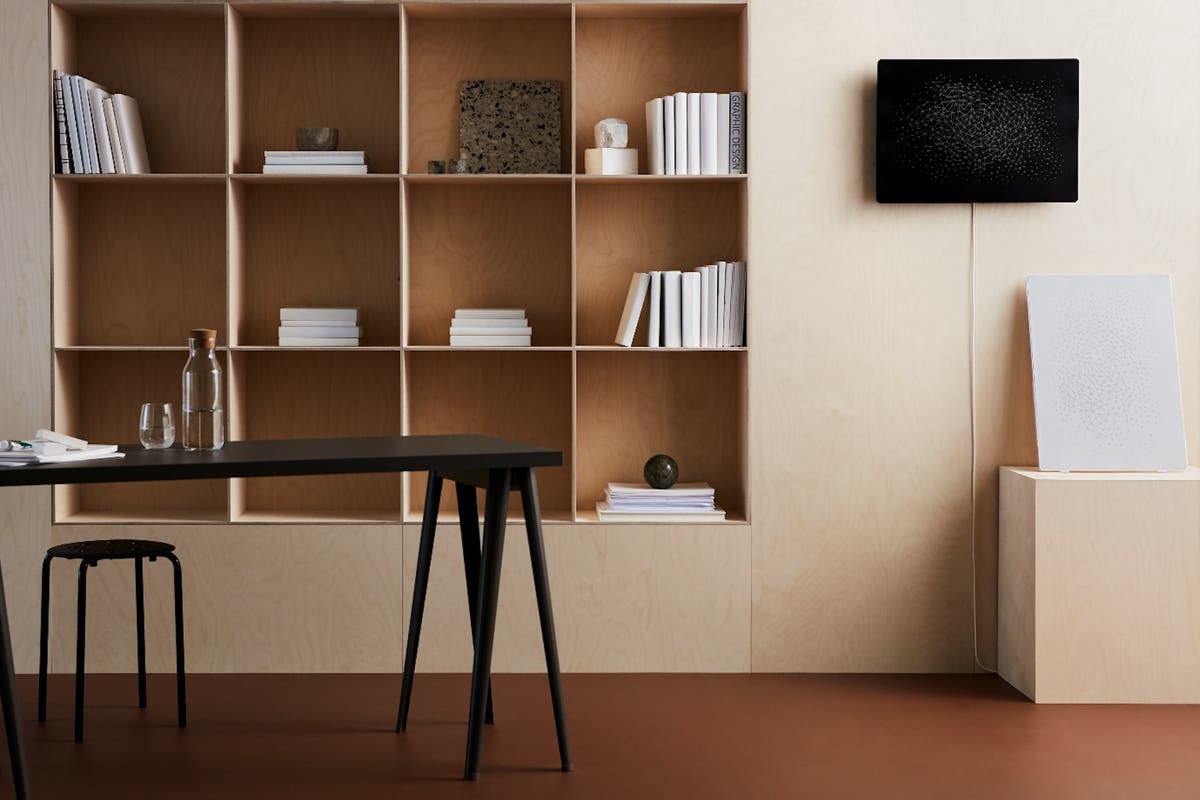 Ikea and Sonos have released a new “Symfonisk” product that hides a speaker inside a picture frame.

It is the latest collaboration between the two companies, after they previously released speakers that were smuggled into lamps and bookshelves. Those products, released in 2019, are still available through Ikea.

They have been praised as a way of getting into the Sonos ecosystem without the more premium prices the company charges for its own speakers. The companies did not make the speaker available to hear, but praised the transparency and power of its own speakers’ sound.

Both companies described the picture frame as the latest result from a “long-term collaboration”, suggesting more products are likely on their way.

Customers have a limited choice of what the art in the frame will be, at least initially. There is a black and white version of the artwork, which can be swapped out but only for the other version.

The speakers are hidden behind that artwork, and are intended to be invisible while the frame is hanging on the wall.

It does have a long power cable draped out of the bottom, which Ikea showed hanging down the wall while the picture frame was mounted.

Ikea said that the speaker had been designed so that it did not need to be mounted on the wall, as a traditional picture frame, but with the idea that it could be leant on the floor or placed on a shelf too.

“The space-saving picture frame speaker can hang on its own as an eye-catching piece of art, be coordinated with other wall art, placed on a shelf, or even on the floor leant against a wall. The interchangeable fronts make it easy to choose a style that suits your individual home,” said Stjepan Begic, product developer at Ikea.

“As part of the growing Ikea Home smart range this new speaker contributes to our ambition to enable the many to enjoy a smarter everyday life.”