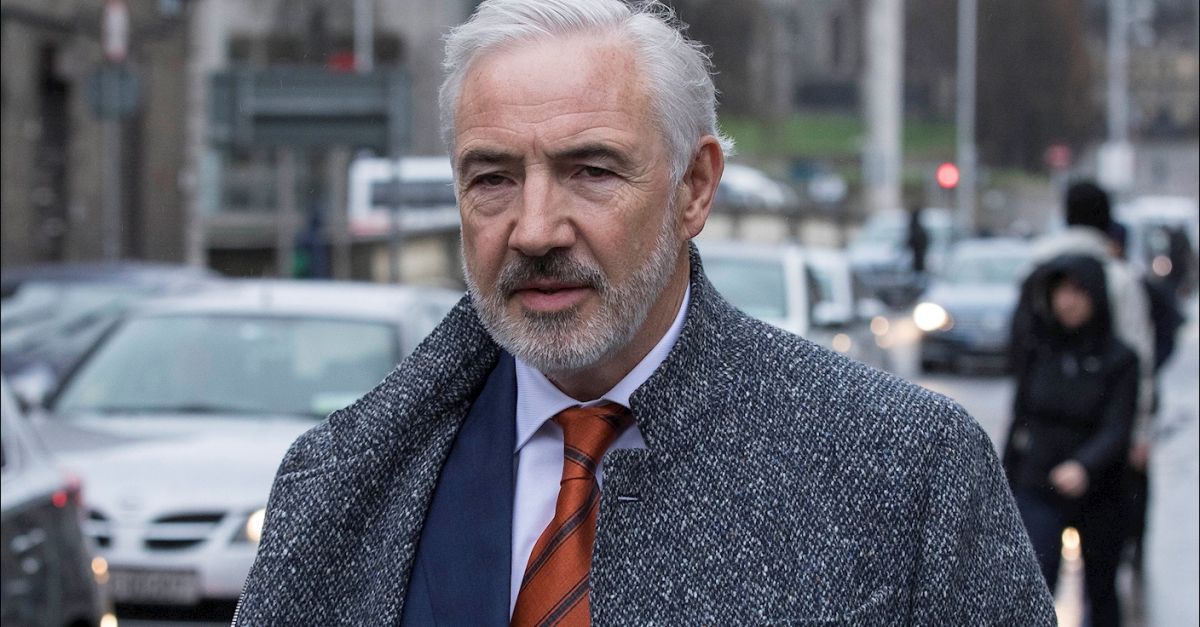 Lawyers representing Sean Dunne and an Isle of Man-based trust have told the High Court that they want their applications to vacate freezing orders obtained against them by the businessman’s children heard as soon as possible.

The orders prevent the defendants from selling or dissipating the proceeds of sale of two valuable properties located at 9A and 19 Churchfields, Straffon, Co Kildare, near the K Club resort.

Traviata is an Isle of Man registered company, fully owned by the SD Trust. Mr Sean Dunne is the settlor of the trust, which is allegedly for the benefit Mr Dunne’s children.

When the matter came before the court on Thursday, Aillil O’Reilly Bl for Traviata told Mr Justice Senan Allen his client disputes the court’s jurisdiction to have made the injunction.

Traviata does not recognise the court’s jurisdiction and claims it is not bound by the orders, the court heard.

Counsel said Mr Dunne has nothing to do with and is separate from the trust. In reply to a question from the judge, counsel said that the bulk of money from the sale of one of the properties was in an Isle of Man bank.

The remainder of those funds remain in the client account of an Irish solicitor’s firm, for capital gains tax obligations, counsel said.

Mr Sean Dunne, who now resides in the UK, claims the injunction was both a fraud against him and the court. He claims assets at the centre of the dispute were not his, and belonged to the trust.

A solicitor, Mr Dunne told Mr Justice Allen, had just come on record, and was seeking a date for the hearing of a motion seeking to have the injunction against him set aside.

The third defendant, Bessilton, is the alleged registered and legal owner of the two properties, but is not the beneficial owner.

It claims the dispute is between the other parties, and its lawyers have said it will comply with all orders made by the court.

Ross Gorman Bl instructed by solicitor Graham Kenny for the plaintiffs told the judge his side was very concerned, particularly about the trust position in relation to the injunction.

Counsel said his side wanted a hearing as soon as possible, to have the freezing orders kept in place until the full trial of the action.

Counsel also said his side was concerned that the first two defendants had not kept deadlines previously imposed by the court for the exchange of documents in the case.

Mr Justice Allen, noting the failure to adhere to directions previously set down by the court, adjourned Traviata’s motion to a date next month, with the temporary orders remaining in place.

The injunction was sought by John Dunne, the businessman’s son from his first marriage, along with Sean Dunne’s four sons, who are all minors, with Gayle Killilea, who is Sean Dunne’s second and now former wife. The four minors are suing through Ms Killilea.

Amrabko unlimited company is also a plaintiff. Ms Killilea is a director of that firm, which claims it has spent €577,000 on a house being built at one of the properties.

The plaintiffs claim the two properties were the subject of the settlement of a legal dispute between Sean Dunne and Bessilton in 2004.

One of the properties was to be transferred to John Dunne and works have been carried out on that site by Amrabko, it is claimed.

It is claimed that when that property was completed it was to be sold, and Amrabko would be paid from the proceeds of that sale.

The second site was held in the name of Traviata for the benefit of the children from both of Sean Dunne’s marriages, it is alleged.

The plaintiffs claim that they became aware that the properties had been put up for sale, in an allegedly secret manner.

One of the two properties was sold for €1 million, which it is alleged amounts to a gross undervalue of the property.

As Mr Sean Dunne is bankrupt, the Official Assignee in Bankruptcy was made a notice party to the application. It is reserving its position regarding the action.