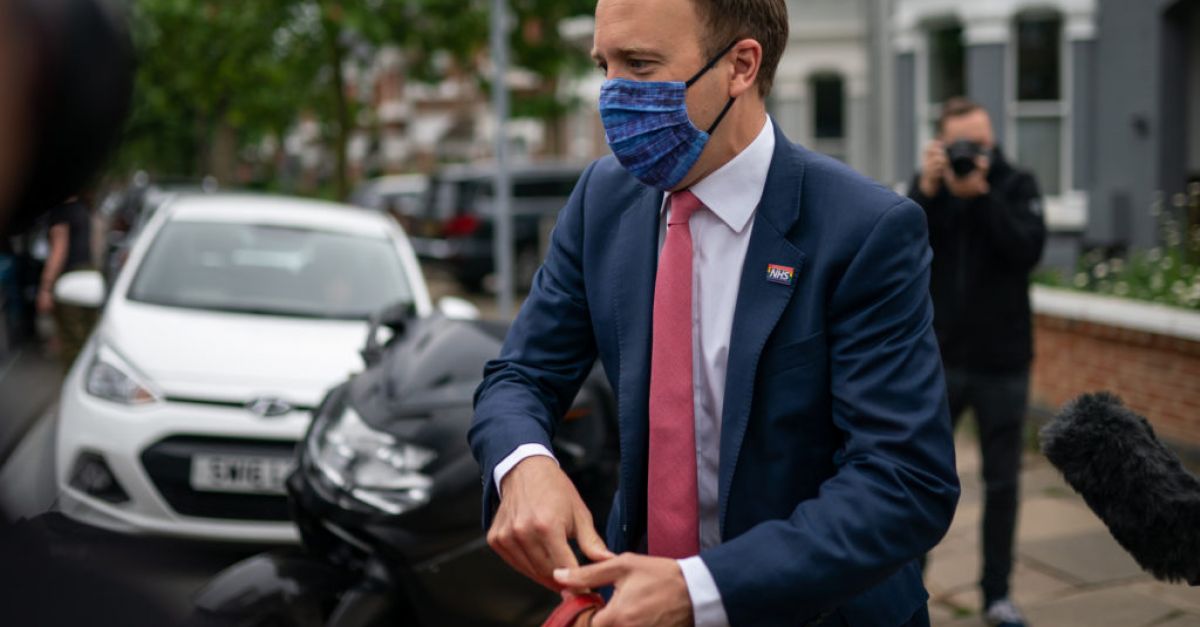 England’s health secretary Matt Hancock has his job on the line after footage emerged of him kissing aide Gina Coladangelo.

Here, we look at some of the issues around the leaking of CCTV footage, and how the images may have become public.

What are the rules on CCTV usage in the UK?

Users of CCTV in the UK must ensure they comply with strict rules covering personal privacy rights and data protection.

A principle piece of law is the Data Protection Act 2018 (DPA) which controls how personal information is used by organisations, businesses or the Government.

Business operators of CCTV must register their details with the UK’s data and privacy protection regulator the Information Commissioner’s Office (ICO) and be able to justify its usage.

Companies must tell people they may be recorded, usually through signage, control who sees recordings and ensure the system is only used for its intended purpose – for example to detect crime.

Monitoring of staff without their knowledge is only allowed in exceptional circumstances, such as if they are suspected to be breaking the law, and can only be done as part of a specific investigation.

Who can see CCTV footage?

Under the DPA’s principles those responsible for using personal data must ensure it is used fairly, lawfully and transparently, for specific purposes, in a way that is relevant and limited to what is necessary, kept for no longer than is necessary and handled in a way that ensures appropriate security.

Anyone can request to see images recorded of them and businesses usually must provide the footage free of charge within one calendar month.

What rules cover the media’s use of recorded footage?

The Sun has attributed its report of Mr Hancock’s affair to whistleblowers. It is not clear how the footage of him kissing his aide was recorded and shared.

The newspaper’s political editor Harry Cole told the BBC’s PM programme on Radio 4 that the outlet was confident of its sources, and said the images had come from “a concerned Whitehall whistleblower who thought they deserved a wider audience”.

The Independent Press Standards Organisation (Ipso) Editors’ Code of Practice, which guides the work of the majority of Britain’s print and online news journalists, includes a clause covering the use of “clandestine devices and subterfuge”.

This states that the press “must not seek to obtain or publish material acquired by using hidden cameras or clandestine listening devices” or “by accessing digitally-held information without consent”.

It adds that “misrepresentation or subterfuge, including by agents or intermediaries, can generally be justified only in the public interest and then only when the material cannot be obtained by other means”.

Did Matt Hancock know there was a camera in his office?

The Daily Telegraph reported that Mr Hancock had no idea the camera in his office existed, with a government source telling the newspaper it was “unheard of” to have cameras inside ministerial offices.

Concerns over security have also been raised if footage could be leaked from within private offices.

Should there be an investigation?

The Cabinet Office said it would never comment on security issues but it is understood that no cross-Government probe has been launched so far.

London’s Metropolitan Police said it was “aware of the distribution of images alleged to have been obtained within an official Government premises”.

But the force added: “No criminal investigation has been launched. At this time this remains a matter for the relevant Government department.”

However think tank The Henry Jackson Society has reported the disclosure of the footage to the police as a breach of the Official Secrets Acts (OSA).

A spokesman for the group said: “It is clear that an offence has taken place under the Official Secrets Acts and that warrants investigation. Either a tape has been leaked in breach of obligations under the OSA or illegal access to a protected site has been obtained.

“Clearly, an offence has occurred and it warrants a full MI5 and police investigation.”

The prime minister’s deputy spokesman would not be drawn, when asked on Friday, over whether an investigation would be launched.

However the Guardian reported that neither Downing Street nor the Department of Health and Social Care think launching an official probe is a good idea, suggesting the British government already believes it knows who could have leaked the footage and they would be able to claim protection as a whistleblower exposing wrongdoing.