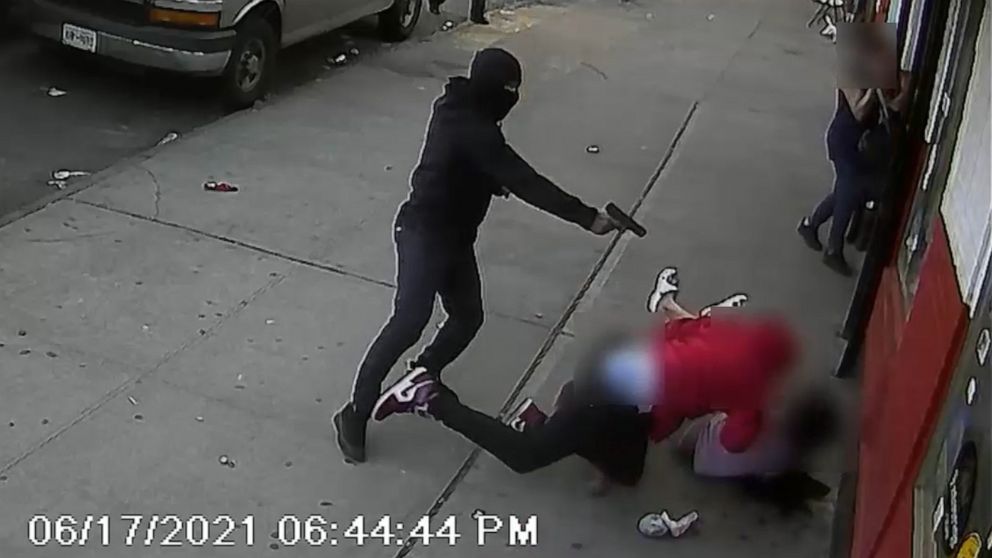 The suspect in the Bronx, New York, shooting that injured one man and sent two siblings scrambling for cover was taken into custody at 6 a.m. Friday morning in upper Manhattan.

Michael Lopez, 27, has been charged with attempted murder, assault, criminal possession of a weapon and other charges in connection with the shooting, police sources said. Lopez had previously been released on parole after serving two years in state prison for shooting a man — and nearly killing him — in Harlem.

Detectives said they had a tentative identification and were working on locating him this week.

On June 17 at around 6:44 p.m., a 24-year-old male victim was shot in the back and both legs in front of 1551 Sheridan Avenue, according to police. The suspect opened fire inches from a 10-year-old girl and her 5-year-old brother, police said. Neither child was injured.

The suspect then allegedly got on a scooter operated by a second individual and both fled the scene northbound on Sheridan Avenue.

The victim was struck in the leg and back and taken to the hospital, where he is expected to survive.

Police sources said Lopez was arrested in 2014 for a shooting on West 126th Street in Harlem that actually occurred three years earlier. Lopez was convicted of attempted assault and conspiracy a year later and served two years in state prison, and was released on parole on Nov. 2, 2017. He is on parole until April 28, 2023.

He was previously arrested in 2011 for criminal possession of a weapon after pulling a gun on a person in Harlem, and spent two years in prison for that. Upon his release, he was arrested for the earlier shooting.

Lopez has 12 prior arrests, four are sealed, police sources said, He is allegedly a member of the “Make It Happen Boys,” also known as the MHB, operating in the 26th Precinct neighborhood in Harlem. Police say his alias is “Nino” or “Nino the God 93.”

“I think the main question we all should be asking is how does an individual released to parole get arrested for knifepoint robbery and is walking around on the streets? And is that justice for those little kids? I would ask, where is the laws for those kids, because somehow they’ve been forgotten in this,” Shea added.