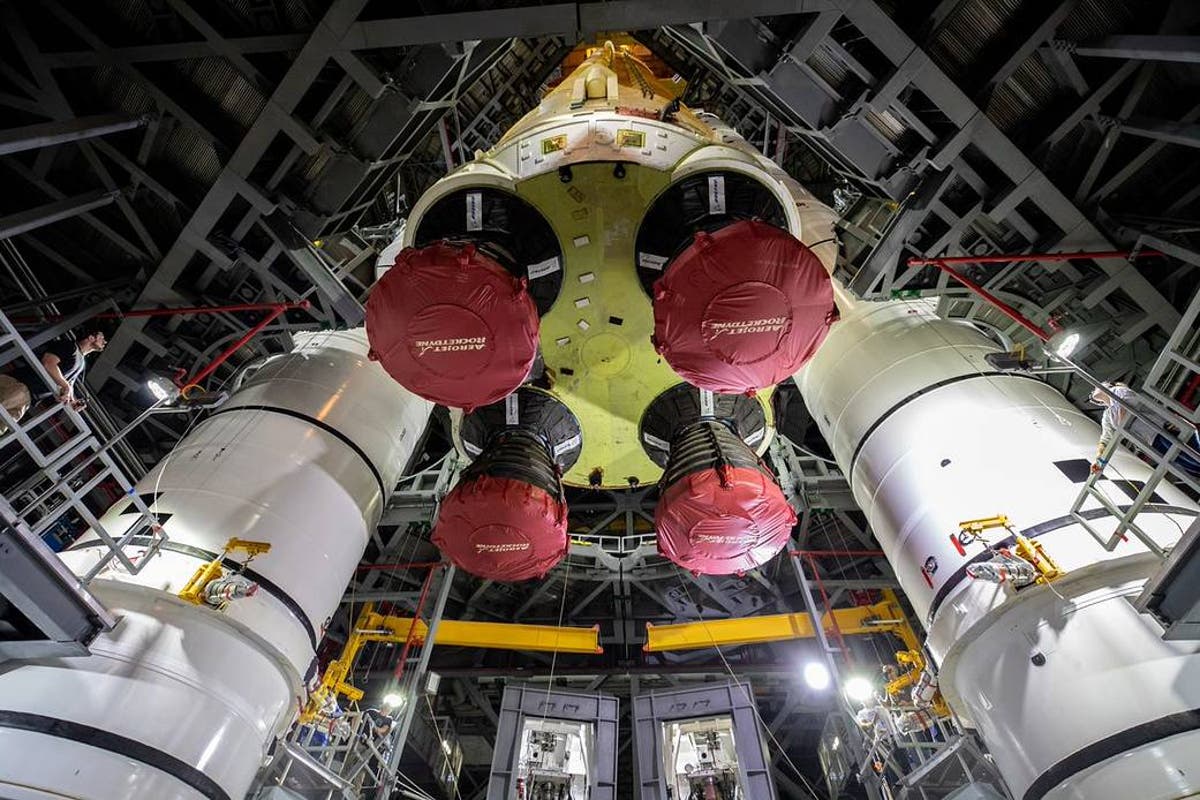 Nasa has finally assembled its first Space Launch System (SLS), a massive rocket that will carry humans to the Moon once again.

Engineers at the Kennedy Space Centre in Florida finished the 65m tall core rocket stage – the same height as London’s Tower Bridge – in between the smaller booster rockets on Friday. It is the first time that all three components have been unified.

The boosters attach at the engine and intertank sections of the core stage, which is essentially the backbone of the rocket. The core stage has to support the weight of the payload, upper stage, and crew vehicle – as well as four engines, and two five-segment rocket boosters.

The rocket will be used as a part of Nasa’s Artemis-1 mission, during which the SLS will carry the Orion crew vehicle to the Moon at a speed of 24,500 miles per hour later this year. Humans will not be on board this flight, but it will eventually send the first woman and the next man to the Moon in 2024 as part of the Artemis-3 mission.

The SLS is designed for deep space missions to send Orion, or other cargo, to the Moon. This is over 1000 times the distance than a trip to the International Space Station, but one that will be necessary is humans are to set up a community on other spheres.

The Space Launch System rocket core stage for the first Artemis mission was lifted and stacked in the Vehicle Assembly Building at Kennedy Space Center. The core stage was placed in between the already stacked twin solid rocket boosters on the mobile launcher.

SpaceX CEO Elon Musk has predicted that, following humans landing on the moon in three years, a potential Mars landing could happen in 2026, leading to a colony on the Red Planet by 2050.

But the path of the Space Launch System has not gone smooth; In January 2021, Nasa had to stop a test of all four of the rocket’s engines after an apparent problem, and has been criticised for going billions of dollars over budget.

That said, should the SLS successfully complete its mission, it could be a valuable tool in Nasa’s arsenal. The rocket is designed to be flexible and evolvable, Nasa says, and could be a key component in missions to Saturn and Jupiter in the future.