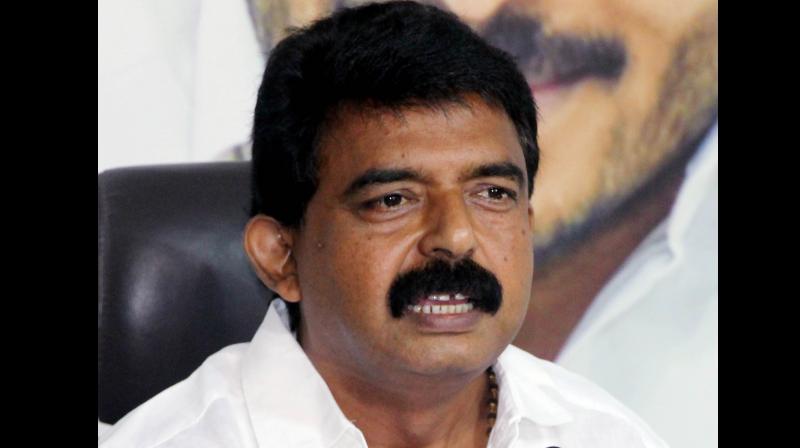 VIJAYAWADA: AP transport minister Perni Venkataramaiah said that Chief Minister Y.S. Jagan Mohan Reddy is ready to clear doubts on the use of river waters and is ready for talks with Telangana Chief Minister K. Chandrasekhar Rao on all issues. He alleged that some Telangana state leaders were trying to create disputes between the two Telugu States for the sake of politics.

Addressing a press meet here on Friday, the minister claimed that the AP government did not take one glass of water other than the state quota and was only using the allocated share for its projects. He said AP was using its quota water from Srisailam and Nagarjunasagar dams and did not steal water. He said that some leaders were trying to provoke sentiments and clashes between Telangana and AP states for political gains but AP would not allow such provocative acts.

Venkataramaiah said that the AP minister for water resources and irrigation officials are ready to clear any suspicions of Telangana. On the allegations levelled against Y.S. Rajasekhar Reddy by some Telangana leaders, he said that a majority of people like YSR for his welfare programmes and schemes in Telangana and Andhra. He stated that Telugu Desam chief N. Chandrababu Naidu and TD leaders and a few leaders in Telangana were talking bad about YSR for political mileage.

The Minister said AP maintains cordial relations with neighbouring states including Telangana. He said that there are a lot of ideological differences between YSR Congress and BJP, but their government seeks good relations with the Central government and would not let any prickly issues come in between.

He said the High Court dismissed a petition filed against the new college accreditation policy hence the government was going to start the process afresh from June 28.

Hannity’s pro-vaccine speech is welcome. But he’s not the Fox News voice that matters most.