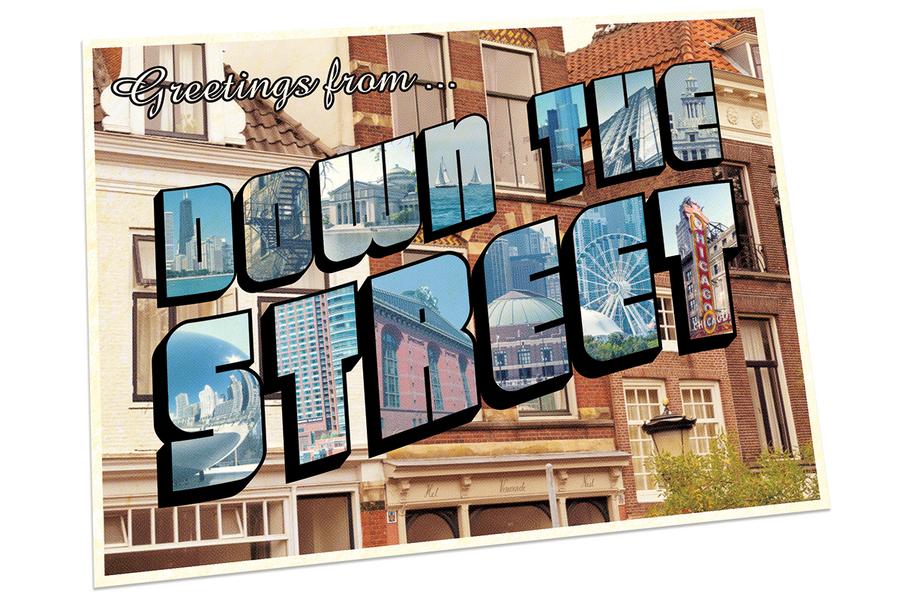 As a child, when my family took a vacation, we wrote postcards from the Great Smoky Mountains or the Lincoln Memorial to show our friends the new places we had explored.

During my college years I spent a couple of summers as a companion to an elderly woman, and her friends mailed her postcards from around the world. We lined them up on the windowsills of her sun porch, so she could enjoy the stunning scenes from the Swiss Alps to the Grand Canyon. I considered postcards as simply a way to share travels until I encountered my grandmother’s postcard album.

My three cousins and I unearthed the dark gray leather album with black paper pages. Little white gummed tabs held down the corners of each card.

Some of the postcard designs showed pine boughs with red bows and announced Merry Christmas, and numerous hearts decorated other cards proclaiming Happy Valentine’s Day. But most of the postcards had illustrations of flowers or birds or had pastoral scenes that did not reflect a holiday or a travel destination.

My cousins and I slipped them from the album. The postmarks on the back were from Chicago, where my grandmother had grown up. She later settled in Michigan with my fruit-farming grandfather.

Instead of telling about a holiday in Maine, the notes – written in flowing penmanship – were invitations to come to a dinner party or go for a walk the next day.

We tramped up the basement stairs and found my grandmother.

“Why do these postcards ask you to come to tea?” I asked.

“Because this is how we communicated before we had a telephone,” she said. “I would pop a postcard in the morning mail, and a friend would receive it that afternoon. Then she’d post a reply that arrived in my mail the next morning.”

“Yes. I suppose living in Chicago gave us that privilege, and remember, we had no phone.”

My cousins and I stared at each other. Life without a phone sounded like something out of “Little House on the Prairie.” Connecting by postcards seemed as odd as using a carrier pigeon.

I had forgotten about my grandmother’s postcards until lockdowns restricted our trips to see our three granddaughters who live several hours away. While I sent them texts, such messages seemed nebulous to me. I wanted to give them something tactile to remind them of my love during a time of isolation.

Then one day I opened my mailbox and spied three hand-addressed envelopes. In penmanship reflecting their ages, from tween to teen, each girl thanked me for the postcards. The notes captured their frustrations with pandemic strictures, how they’d been separated from friends, and how my messages had comforted them in an unsettled time.

Just as my grandmother’s postcard album had preserved moments from her youth, I treasure these missives that revealed the girls’ states of mind. I tucked them away in a safe place.

I had been pondering how my grandmother had embraced the telephone as a new way to nurture relationships. Like her, I accepted the girls’ preferred mode of communication and texted my thanks for their letters. Yet, even as the lockdowns end, I will continue to send my grandchildren postcards because everyone enjoys receiving a real letter in the mail.