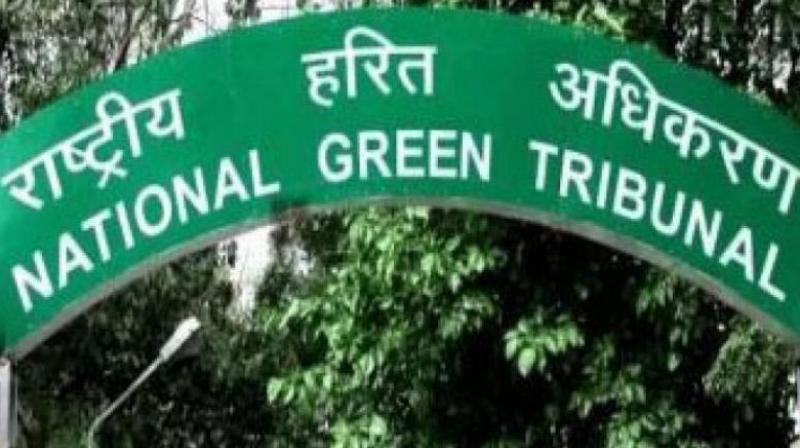 Vijayawada: The Southern Zone bench of the National Green Tribunal on Friday asked the Krishna River Management Board (KRMB) to verify the genuineness of Andhra Pradesh’s claims it was not taking up any civil works relating to the Rayalaseema Lift Irrigation Scheme (RLIS).

The bench was dealing with a petition filed by Telangana resident G Srinivas, complaining that AP was going ahead with construction of RLIS in violation of the NGT orders. The petitioner, citing a letter written by the KRMB to the secretary, water resources, AP, alleged that the neighbouring state has been carrying out project works at a brisk pace and not facilitating visits of the KRMB inspection teams.

Andhra Pradesh however reiterated its stand that the NGT order was being followed in letter and spirit.

D Maduri Reddy, counsel representing AP, informed the bench that no civil work except those required for preparing the detailed project report  (DPR)  was taken up. The state government has been following the due procedure for obtaining the environmental clearance, she said.

The bench, which had earlier closed a petition of a similar nature, advised KRMB to inspect the project site and submit a report. It also gave time to AP to file a counter-affidavit. “The state has to implement the NGT order and cannot deviate from its commitment that it would not take up the works. The chief secretary will be held responsible for any deviation from the affidavit,” the bench pointed out.

Meanwhile, the AP government took objection to the Telangana government complaining against its projects while continuing with the latter’s “illegal” projects like the Palamuru-Ranga Reddy Lift Irrigation Scheme (PRRLIS), ignoring the directions of the KRMB and the NGT. “The KRMB should visit their projects also,” stressed a senior official.

The AP government referred to a letter written by Jal Shakti minister Gajendra Singh Shekawat to Telangana chief minister Chandrashekar Rao about the neighbouring state not submitting the DPR for a single project after agreeing to do so in the apex council meeting the Centre held with the two CMs in December, 2020.

The TS government was not sincere in finding a permanent solution on the rift between the two states, said an official. “It was Chandrashekar Rao who proposed a study of various alignments for the linking of Krishna and Godavari at the CM’s conference but developed cold feet over the proposals submitted by the AP government,” he added.

Fauci says US must prepare for omicron variant: ‘Inevitably it will be here’