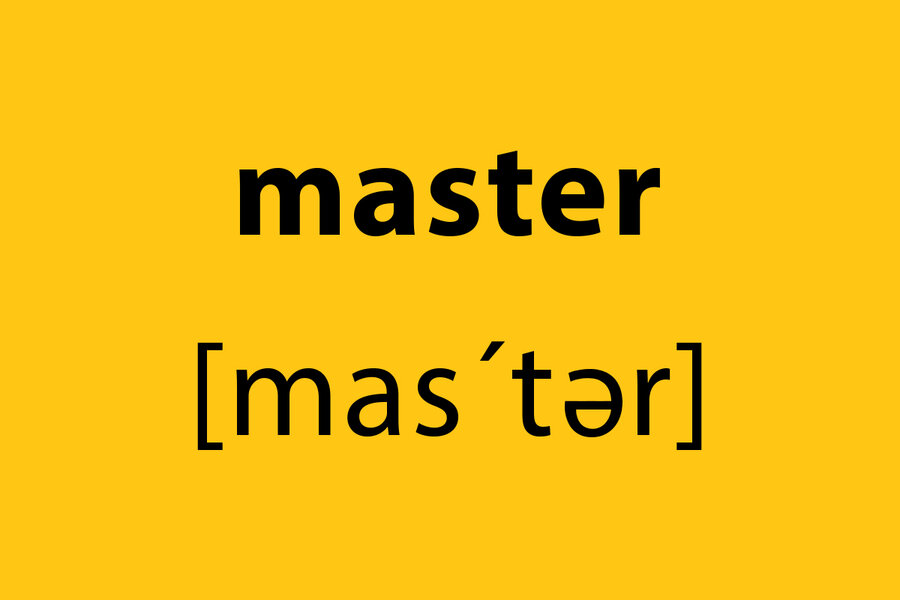 If you look through real estate listings these days, you’ll notice that they refer to the home’s largest bedroom in a variety of ways. It might be the “primary bedroom,” “bedroom #1,” or perhaps the “owners’ retreat.” These terms replace the once default “master bedroom,” which was renounced by a number of U.S. real estate associations last year.

Master is slowly being dropped in university and tech contexts as well. In 2015, Harvard “housemasters” – faculty who live in dorms and advise students – voted unanimously to change their title, in response to student complaints and their own discomfort about the term’s associations with slavery. They are now “faculty deans.” Other universities abandoned the title around the same time; at Yale and the Massachusetts Institute of Technology, “heads of house” are now in charge of the student dorms.

For decades, computer programmers have used master and slave “as a reference to situations where one process or entity controls another,” according to Wired magazine. A “master clock” would set the time for its “slave clocks,” for example. An increasing number of companies are abandoning this fraught analogy, replacing it with “main/replica” or “leader/follower.”

Master comes from the Latin adverb magis (“more”). It first appeared in English over a thousand years ago, referring to people who had authority over others, whether as rulers, employers, teachers, or fathers. The word has carried many positive connotations: It’s an achievement to obtain a master’s degree, and rewarding to master a new skill; we admire old master paintings or the way a maestro (Italian for “master”) conducts an orchestra. But for many Americans, the word conjures up the system of plantation slavery, where “masters” had authority over the people they had enslaved.

Given the word’s strong negative associations in the United States, it makes sense that many universities and companies would eschew it. These renunciations have attracted criticism, however, as “political correctness” or “wokeness” run amok. Some argue that the history of master is so long and multifarious that its use during the comparatively short period of slavery in the U.S. shouldn’t mean that it’s forever tarnished. Others see its rejection in programming and real estate as a slippery slope that ends with all terms that might be considered remotely offensive to someone, somewhere, being banned. Still others see it as a band-aid that does nothing to resolve systemic racism.

Looking at the 1,000-year history of the language in which master is embedded, one thing is clear: English changes.