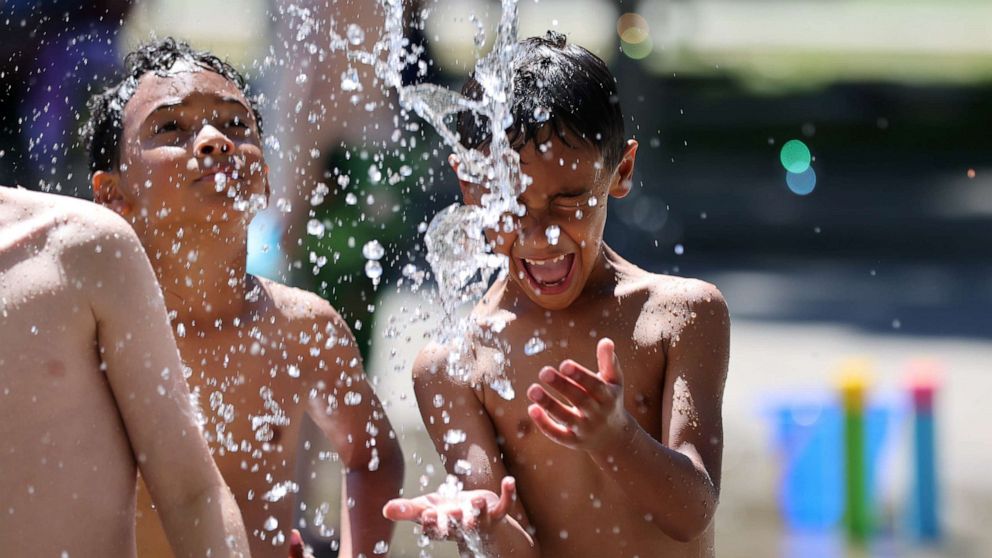 Some 24 million people in six states are under heat alerts as the Pacific Northwest braces for a potentially record-breaking heat wave this weekend.

On Saturday, highs hit triple-digits in Portland, Oregon — 108 degrees at Portland International Airport, according to the National Weather Service. The high for Sunday is expected to reach 111. The hottest temperature on record in Portland was 107 degrees.

In Seattle, highs reached 101 degrees Saturday and could soar to 103 degrees on Sunday and then 108 degrees on Monday. The all-time record in Seattle is 103 degrees.

Typically this time of year, Washington and Oregon see average highs in the 70s.

According to the NWS, the temperature reached 104 in Salem, Oregon; 100 in Corvallis, the home of Oregon State University; and 102 at Eugene Airport. The U.S. Olympic track and field trials, currently being held in Eugene at the University of Oregon, altered schedules to allow fewer competitions during the heat of the day.

Dozens of daily record-high temperatures are expected to be broken from Washington to California. Other affected cities include Medford, Oregon, and Redding in Northern California, where the temperature reached 113 degrees at Redding Municipal Airport Saturday. Parts of Southern California, Nevada, Idaho and Montana also are under an excessive heat watch or warning this weekend.

There’s also an elevated risk of wildfires in the Pacific Northwest.

The dangerous heat conditions are expected to continue into early next week. The prolonged period of heat in the Pacific Northwest is of concern for the typically mild region, especially as many residents don’t have air conditioning.

“This event is blowing our minds,” Treena Jensen, lead forecaster for the National Weather Service in Portland, told “Good Morning America.” “We have never seen computer models show temperatures this hot for this area. It’s astounding.”

Officials in Multnomah County, which includes Portland, have set up cooling centers in preparation for the unprecedented heat. Dozens of locations in the Seattle region also are extending their hours to help provide relief.

“This is truly dangerous heat,” Multnomah County Health Officer Dr. Jennifer Vines told “Good Morning America.” “Our evening lows are around our average yearly highs for this time of year.”

The elderly and young children are especially vulnerable, experts said. People are advised to stay indoors when possible and stay hydrated.

“Really be on the lookout for excess thirst, where you feel like you’re needing to drink a lot, that you’re feeling a little bit weak or dizzy,” Dr. Daniel Henning of UW Medicine told ABC News Seattle affiliate KOMO. “If it gets more extreme, you might see people acting more confused.”