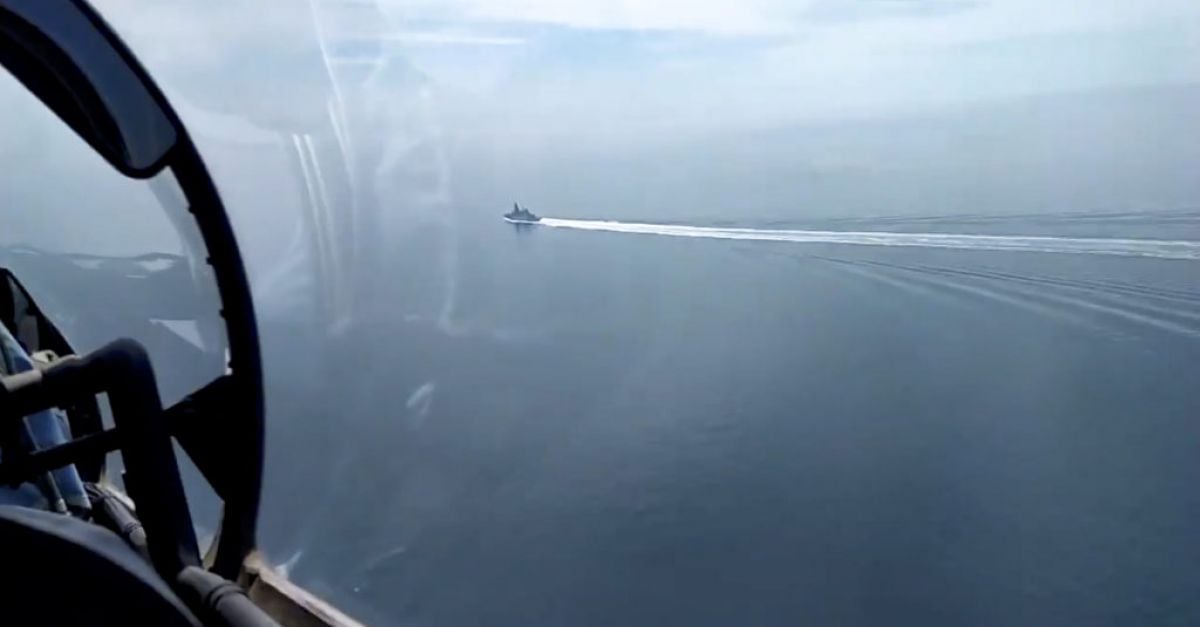 Ukraine and Nato launched Black Sea drills that will involve dozens of warships, an exercise that follows last week’s incident with a British destroyer off Crimea.

Moscow said one of its warships fired warning shots and a warplane dropped bombs in the path of British destroyer Defender on Wednesday to force her out of an area near the Crimean Peninsula, which Russia annexed in 2014.

Britain denied that account, insisted its ship was not fired upon and said it was sailing in Ukrainian waters.

#BREAKING: @USNavy #USSRoss begins northbound transit into the #BlackSea to participate in the annually held exercise @ExSeaBreeze with over 30 countries from all over the world.

The Sea Breeze 2021 manoeuvres that began on Monday and will last for two weeks are set to involve about 30 warships and 40 aircraft from the US and its Nato allies and Ukraine.

US destroyer Ross has arrived in the Ukrainian port of Odessa for the drills.

US Navy Captain Kyle Gantt noted that a large number of participants in the exercise reflects a shared commitment to ensuring free access to international waters.

Moscow has criticised the drills, and the Russian defence ministry said it would closely monitor them.

In Wednesday’s incident, Britain insisted the Defender had been making a routine journey through an internationally recognised travel lane and remained in Ukrainian waters near Crimea.

The UK, like most of the world, recognises Crimea as part of Ukraine despite the peninsula’s annexation by Russia.

Russia denounced the Defender’s move as a provocation and warned that next time it could fire to hit intruding warships if they again try to test Russian military resolve.