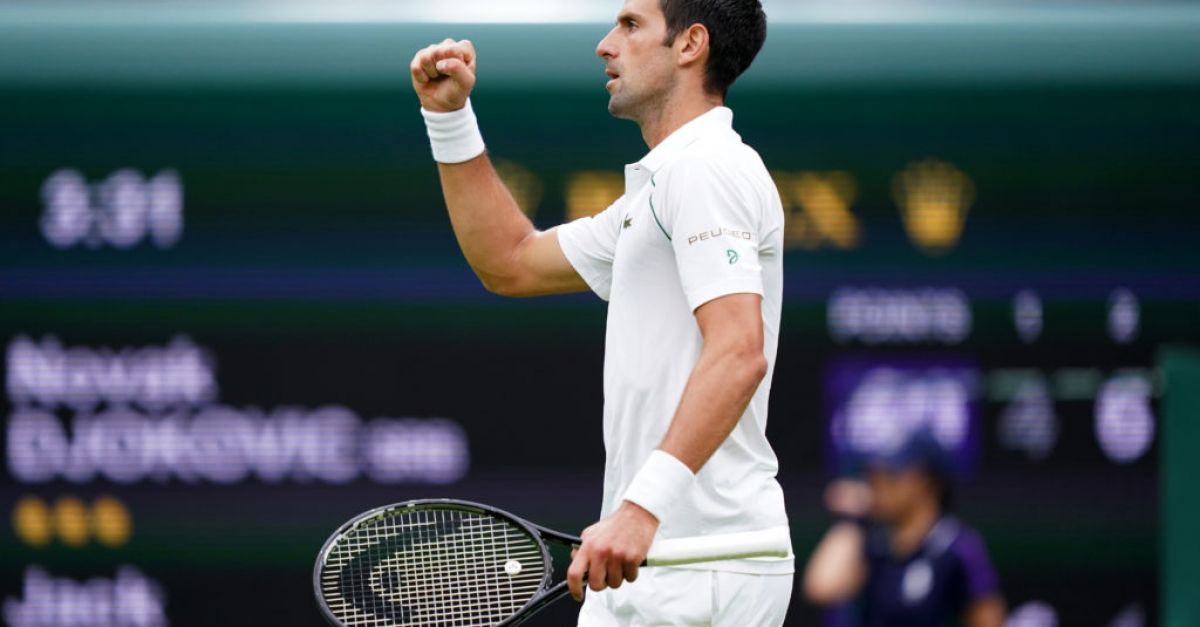 The pair were playing their first match since Djokovic came from two sets down to win in Paris 15 days ago and the Serbian overcame a tricky start to make it through to the second round.

The defending champion opened play on Centre Court against British debutant Jack Draper and was stunned to drop the opening set.

However, he quickly recovered to win 4-6 6-1 6-1 6-2 and said: “I thought he was playing well. He was fighting. Obviously for him, a unique occasion playing for the first time on Wimbledon Centre Court. He has done well.

“But anyway, (it) was a very good performance. I’m pleased with the second, third and fourth sets, the way I played from the back of the court. I started returning better, as well, midway (through the) second set.”

Tsitsipas, however, crashed out with a straight-sets defeat to world number 57 Frances Tiafoe.

The American was far too good in a 6-4 6-3 6-4 win, with Tsitsipas saying afterwards he was not fully motivated.

The biggest win of his career 🙌

He said: “There have been times that I was much more motivated than this. But that’s no reason for me not to play well.

“The conditions are the same for each single player. The bubble makes it really tiring week by week.

“It’s certainly very difficult when you know mentally you’re going to go from one bubble, being in that bubble two-and-a-half weeks, maybe even more than that, like close to a month, to be honest.

“Just like two weeks later you still have to undergo the same procedure and the same thing again.

“It’s just not easy. It’s a challenge on its own already. But I don’t want to put emphasis to that too much. We had a match today, (I) had my opportunities.

“My opponent played much better, significantly better, than me. There wasn’t the drive that I was hoping for. There wasn’t that same fighting spirit that I usually put out on the court.”

Kevin Anderson has tumbled down the rankings since making it to the 2018 final but Wimbledon always brings the best out of him and he got off to a winning start against Chilean Marcelo Tomas Barrios Vera.