Actually, the chest itself does not need to be made, it is purchased separately, and the rest of the components. Rather, it is an assembly of finished parts into one device. But the result itself is interesting. However, let's watch a demo video.

Interesting? The background of the manufacture of this device is as follows.
The author of this DIY has a girlfriend who is very fond of Walt Disney Pictures' film Haunted House. In this film, there is such a character of Madame Leota, who is imprisoned in a glass ball. It was this character that the master's friend liked the most, and she even began to collect various items on this topic.
It was during this period that a video greeting card fell into the hands of the master. It is made on the principle of a musical greeting card, only an LCD screen and some additional details are installed. Usually such devices are placed in an ordinary cardboard postcard and when it is opened, sound is played, and in this case, video is also played.
Thinking, he decided to make a gift to his girlfriend, making a device reminiscent of a character from a movie.
Tools and materials: -Greeting video postcard; -Small chest; -Wood dowels;
-Plywood;
-Joiner's glue;
-Any fabric;
-Wires;
-Bilateral adhesive tape; -Hemispherical lens (size depends on the LCD screen and the video being played); – Glue gun; -Sealant; 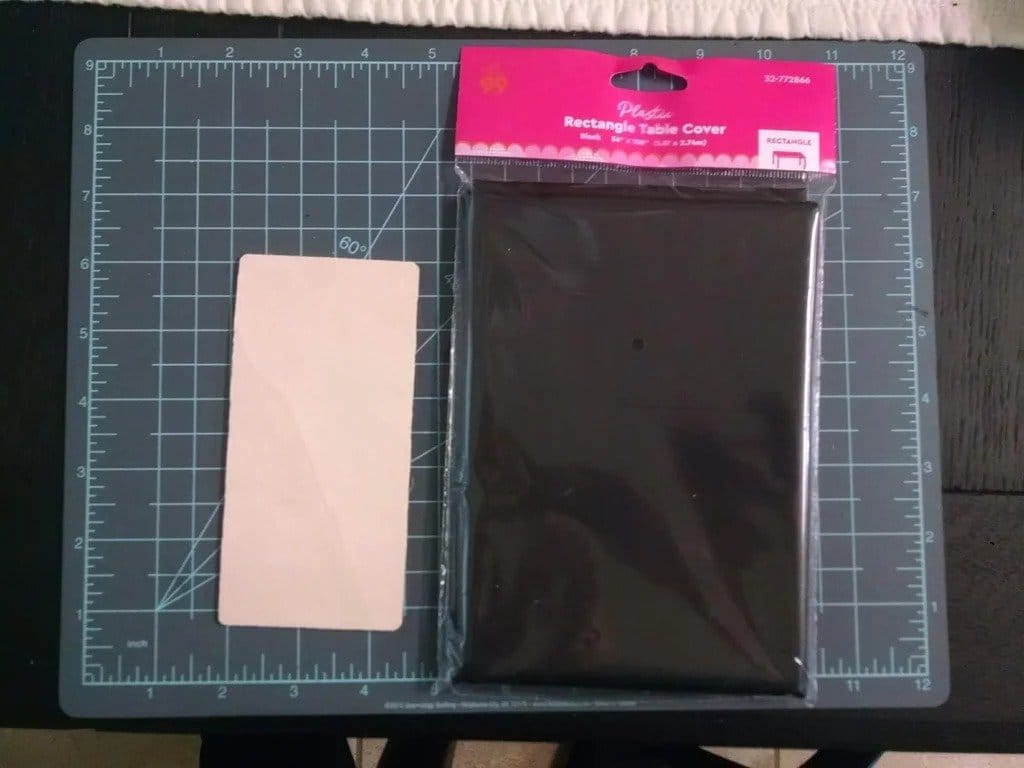 Step one: about a video postcard
A video postcard has an LCD screen, a battery, some electronic parts and some kind of magnetic reed switch. A reed switch is needed in order to turn the device on and off. A reed switch is installed on one side of the postcard, a magnet on the other. When the card is closed, the magnet is next to the reed switch, when you open it, the magnet moves away, the reed switch is triggered and the video file starts playing.
The device has a mini USB port for charging the battery, and a small 256 MB memory card.
Step two: the chest
The master bought a small chest in the store. All electronics including speaker and battery will be installed inside the chest. For better sound reproduction, you can make several small holes in the chest. 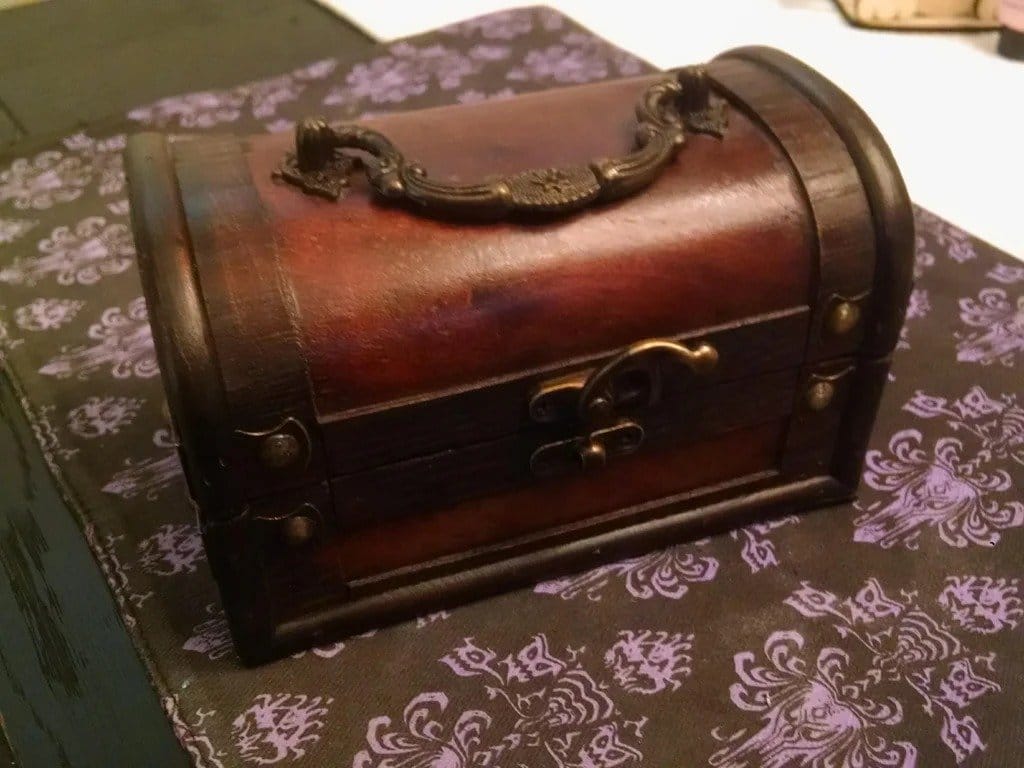 Step three: preparing the electronics – All the parts were fixed on a cardboard sheet. It is necessary to carefully peel them off the sheet. If the wires on the speaker, battery, switch, and USB connector are long, you don't need to do anything else. Otherwise, you need to lengthen the wires. 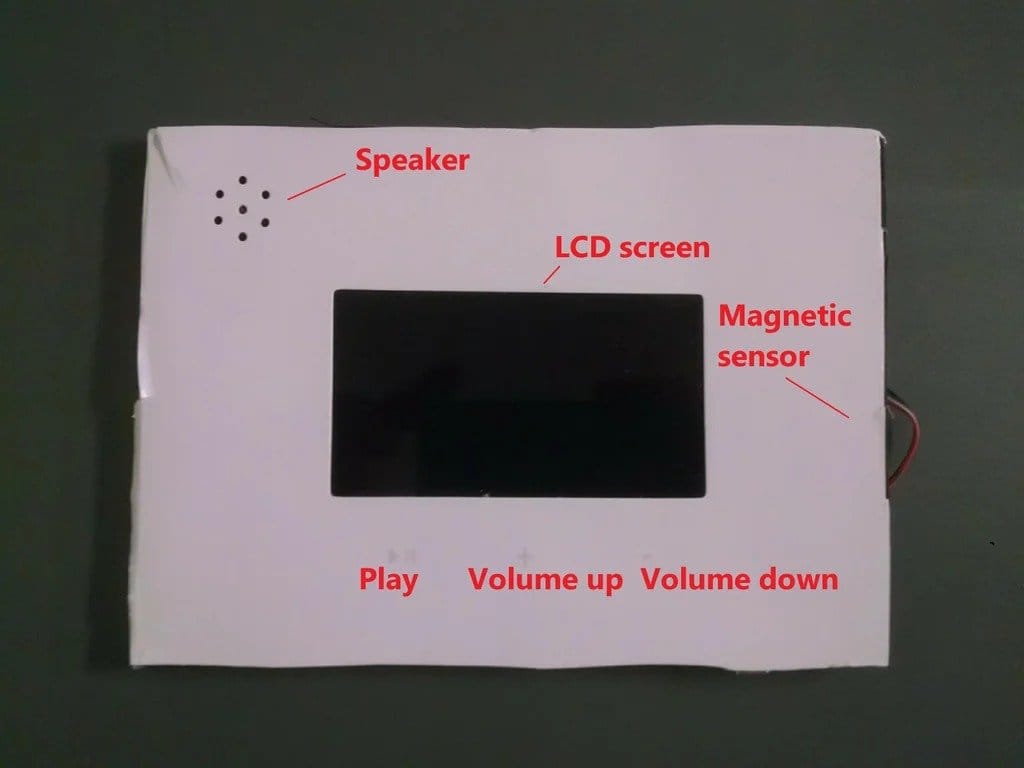 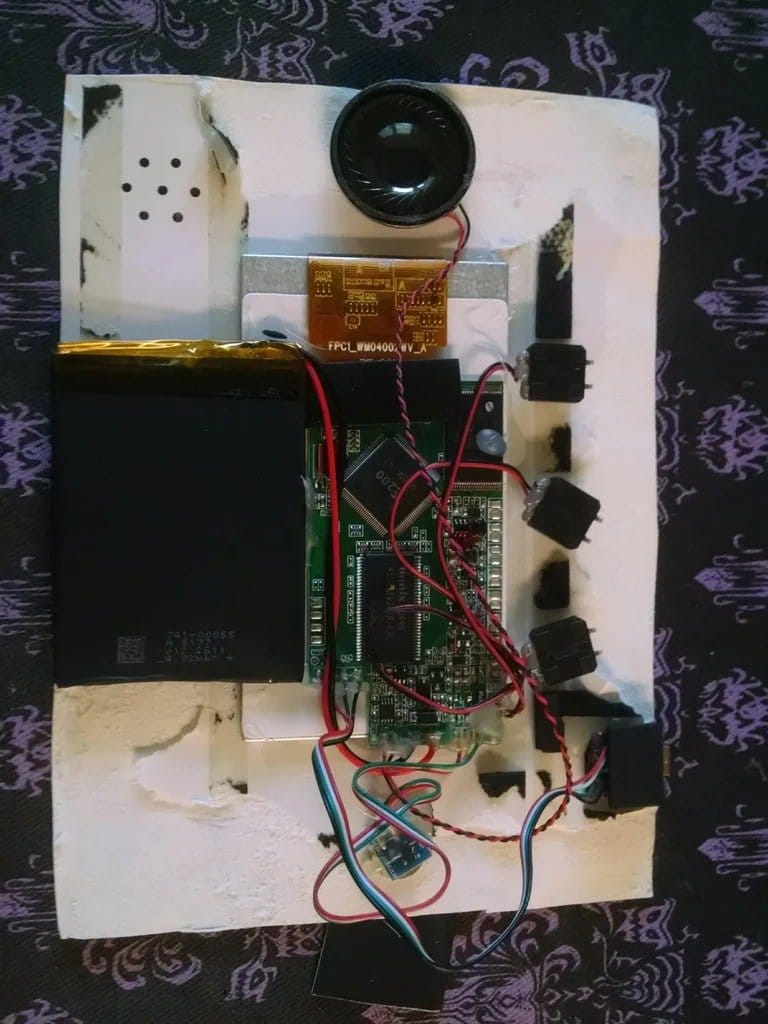 Step Four: Assembly
First you need to install the battery and speaker underneath. They need to be placed approximately in the center. Then four wooden dowels are glued in the corners. Plywood is installed and fixed on the dowels. An electronic board with an LCD display is glued to the top of the plywood in the center on double-sided tape.
A USB connector is fixed on the side below the plywood level. When not in use, it will be covered with a cloth. 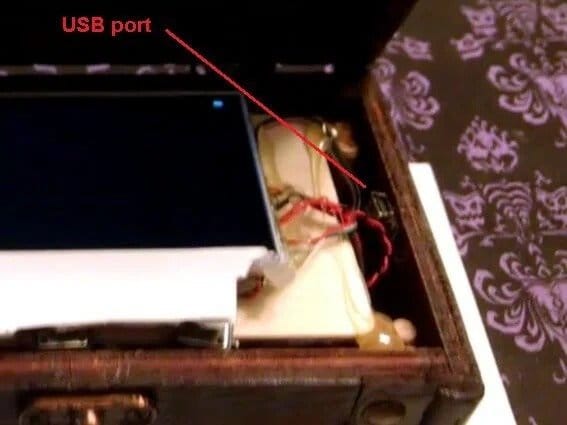 The magnetic sensor consists of two parts – the sensor/small PCB connected to the large PCB and a separate small metal disc that physically touches the sensor/small PCB. When the two components touch, the video player turns off and reactivates as soon as the metal disc breaks contact with the sensor. The craftsman glued the magnet to the inside of the box lid, and the sensor was hot glue the front inside top of the box. Both will come into contact after the box is closed, causing the device to be off. When the cover is opened, the wired sensor and the magnet break contact, causing the video player to turn on and play the video file from the beginning. Volume buttons are also attached to the side.
Before proceeding to the next step, the wizard tests the operation of the device.

Step Five: Lens
Madame Leotte needs a crystal ball and material to cover the areas of the LCD screen that extend beyond the glass lens. The wizard placed a hemispherical lens in the right place on the LCD screen and centered it relative to the video file being played. The idea is for Madame Leota to only appear in the lens area. All other parts should be covered with a cloth.
In the place where the lens will be placed in the tissue, you need to cut a hole according to the diameter of the lower part of the lens.
The master closes the joint between the lens and the fabric with a brass wire ring. He first bent this ring, soldered it, and then glued it around the hole.
< img class = "aligncenter" alt = "Chest with a magic sphere for conducting a spiritualistic session" src = "https://usamodelkina.ru/uploads/posts/2021-06/1624991177_1-11.jpg"/> < a href = "https://usamodelkina.ru/uploads/posts/2021-06/1624991178_1-12.jpg" rel = "prettyPhoto"> 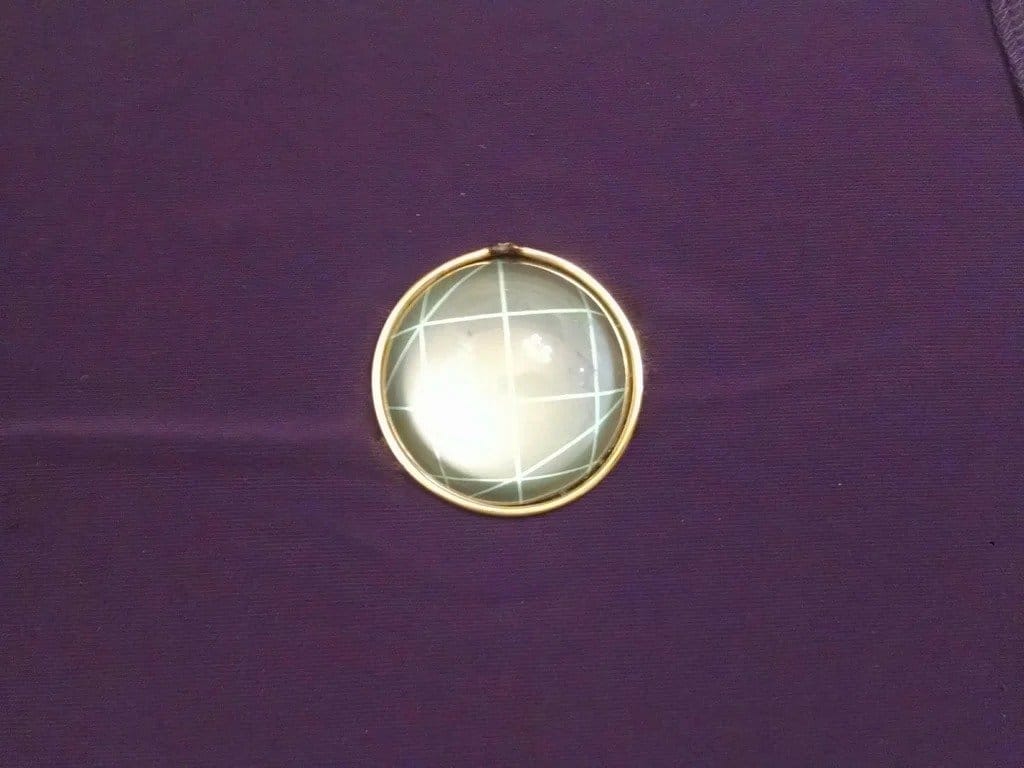 You should now have a fabric rectangle with a hole cut out for the lens, and the metal ring is glued directly to the top/edge of the hole. Now you need to glue double-sided tape on the LCD screen and glue the fabric with a ring on top (the lens should already be installed.
The rest of the fabric needs to be tucked into the box.
Next, you need to charge the battery via the USB port and the device is ready. in this unit. Any user can be “filled” into it. The master found a video of Madame Leot on YouTube, added music from the Haunted Mansion, and also inserted fog into the video at the very beginning.
The video clip can be downloaded below.
Madame Leot's box.
This is such an interesting device that the master has turned out … But here is where to put a little creativity. If you synchronize the device over the Wi-Fi network, then it is quite possible to conduct spiritualistic sessions-)))
For example, the spiritist is in the room and summons the spirits, and the assistant in the next room plays along with him.
True, there is a great risk here, not everyone knows how to run as fast as Count Cagliostro from the movie “Formula of Love” -)))
Source: