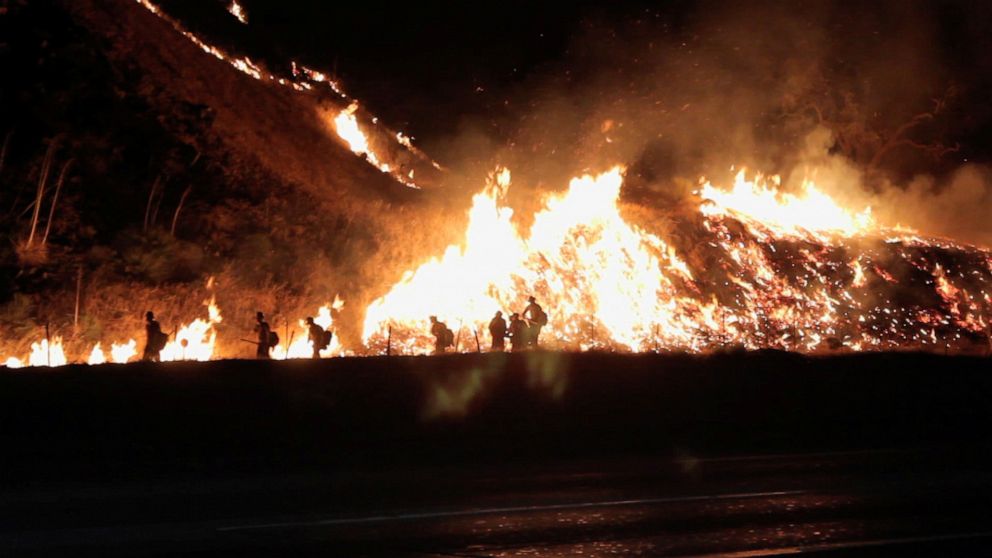 Two wildfires are quickly growing in California amid dangerous conditions caused by megadrought and extreme temperatures.

The Lava Fire in Siskiyou County in Northern California expanded to 13,330 acres — 12,000 acres alone in just 24 hours — due to strong winds and dry fuel, according to the Shasta-Trinity National Forest.

The fire began as a historic heat wave brought triple-digit temperatures to areas just north of the California border in Oregon and Washington state. It was only 20% contained as of Tuesday morning and started on Thursday, according to the California Department of Forestry and Fire Protection.

Officials have ordered evacuations in the Lake Shastina, Juniper Valley and Mount Shasta Vista areas and have closed a 30-mile stretch of Highway 97.

In Southern California, the Shell Fire burned through nearly 2,000 acres in Kern County and was 65% contained by Tuesday morning, according to CAL Fire.

The fire sparked Sunday afternoon after a car traveling north on Interstate 5 experienced a mechanical issue and caught fire, which spread to nearby grass after the driver pulled over, ABC Bakersfield affiliate KERO-TV reported.

The fire impacted traffic on Interstate 5 but no evacuations were ordered.

Video taken around midnight shows firefighters battling a wall of flames that engulfed a hillside near the city of Grapevine.

A decades-long megadrought, combined with current heat waves, has created tinderbox conditions and an early start to the dry season on the West Coast.

There are currently 52 wildfires burning in the West from Montana to California, according to officials. Six Western states are on alert for heat and fires, while a Red Flag Warning was issued for California and surrounding areas.

“Hot, dry and breezy conditions will allow for new and existing fires to grow rapidly,” the National Weather Service at Medford said in a press release after the Red Flag Warning was issued.

Although the historic heat wave will soon subside in Seattle and Portland, it will continue for much of the inland Western states, with temperatures continuing to reach more than 100 degrees Fahrenheit.