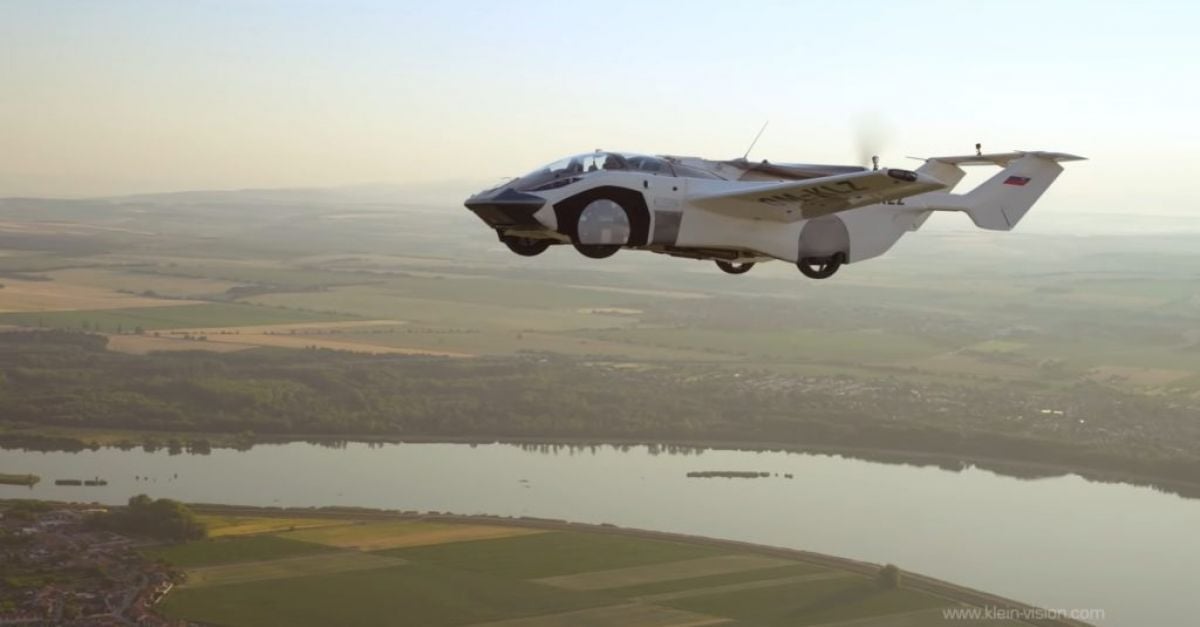 Developers are hailing a “new era” of transport after a flying car completed its first inter-city flight.

The AirCar by Slovakia-based company Klein Vision completed a 35-minute journey from Nitra to Bratislava in the country at around 6am on Monday morning.

Using wings that fold away in less than three minutes and a propeller at its rear, the dual-transportation vehicle has now completed more than 40 hours of test flights.

It runs on fuel from a regular petrol station and is fitted with a 160bhp BMW engine, and it has flown at 8,200ft with a cruising speed of 118mph.

Its creators say the AirCar’s new, pre-production model will be capable of cruising speeds of 186mph and of flying distances of just over 600 miles.

AirCar inventor Professor Stefan Klein said: “This flight starts a new era of dual-transportation vehicles. It opens a new category of transportation and returns the freedom originally attributed to cars back to the individual.”

Anton Zajac, co-founder of Klein Vision, added: “AirCar is no longer just a proof of concept… it has turned science fiction into a reality.”

Michael Cole, the president and chief executive of South Korean car maker Hyundai’s European operations, said on Tuesday that flying cars will be deployed in cities by the end of the decade.

Speaking at a conference organised by the Society of Motor Manufacturers and Traders, Mr Cole said: “There’s some time before we can really get this off the ground.

“But we think that by the latter part of this decade certainly, urban air mobility will offer great opportunity to free up congestion in cities, to help with emissions, whether that’s intra-city mobility in the air or whether it’s even between cities.

“If you’d asked me a few years ago were flying cars something that I would see in my lifetime, I wouldn’t have believed it.

“But it’s part of our future solution of offering innovative, smart mobility solutions.”