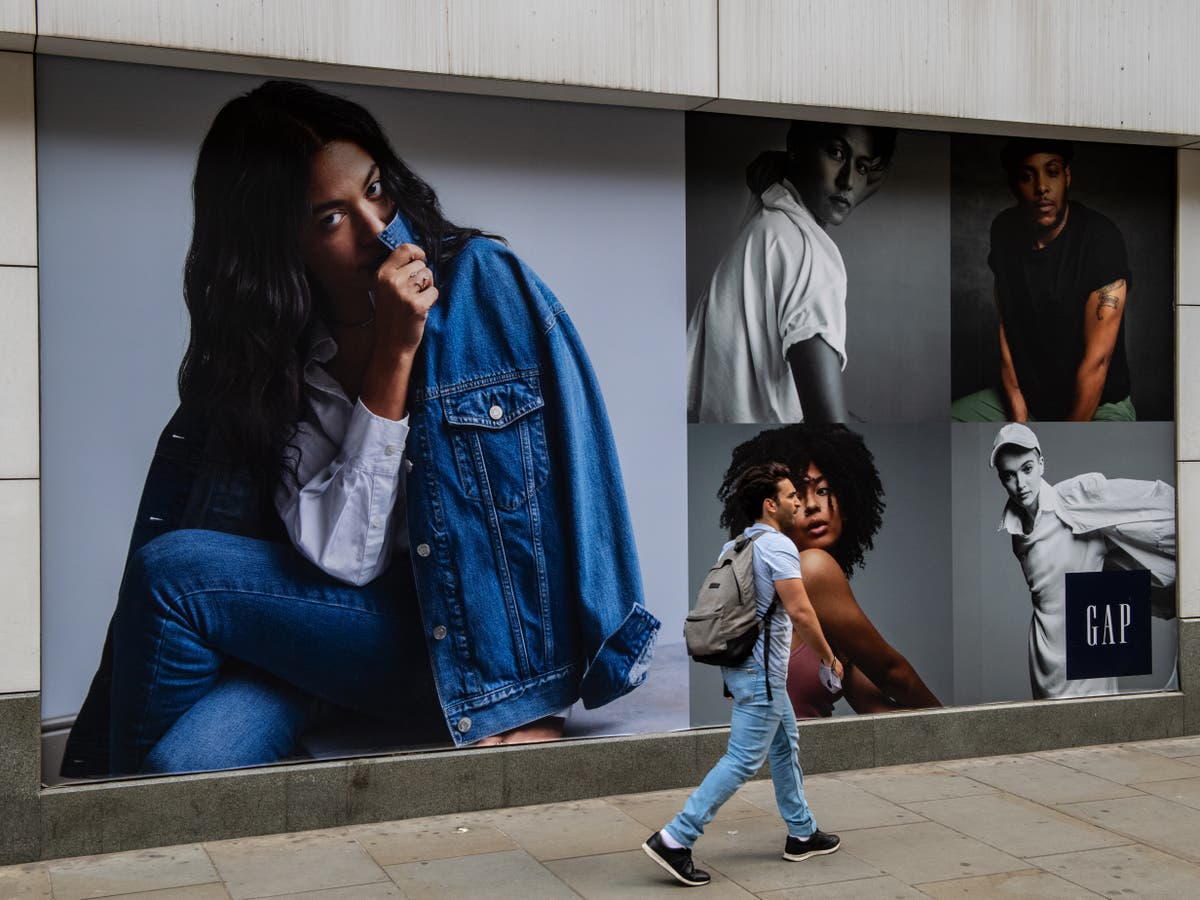 Gap is to close all its 81 stores in the UK and Ireland and go online-only in a bid to “meet customers where they are shopping,” according to a statement from the brand.

The US fashion giant pledged to close the shops “in a phased manner” later this year, between the end of August and the end of September.

The Independent previously reported Gap’s earlier plan to shutter 19 stores in the UK and Ireland this year, after reporting losses of £740m in just three months.

It was not immediately clear how many employees the closures would affect, but Gap said it will shortly start a “consultation process with our European team”.

In the statement, the company revealed the decision followed a strategic review of its European business, which included the sale of outlets in France and Italy.

“We are in negotiations with FIB to take over all company-operated Gap stores in France by October,” it reads.

“In Italy, we are in discussions with a partner for the potential acquisition of our Gap stores. We will continue to run and operate our Gap e-commerce business in the United Kingdom and Republic of Ireland.”

The brand also moved to reassure onlookers this was not the end of its presence in the UK. “We believe in Gap’s global brand power … We are not exiting the UK market. We will continue to run and operate our Gap e-commerce business in the United Kingdom and Republic of Ireland,” it said.

“Gap has served customers in the United Kingdom since 1987 and the Republic of Ireland since 2006. We are keen to maintain our presence in these markets.”

It signals the latest blow to UK high streets after the collapse of Debenhams and Arcadia during the pandemic.

There were 14,809 permanent retail store closures between March 2020 and February 2021, according to the Centre for Retail Research.

Gap launched a review of its business last year after plunging to a loss during the various lockdowns, as reported by The Independent earlier this month.

In October last year, the chain warned it could potentially close all its UK, Ireland, France and Italy stores as part of the review. It then went on to close one of its two Oxford Street stores, in London, in December.