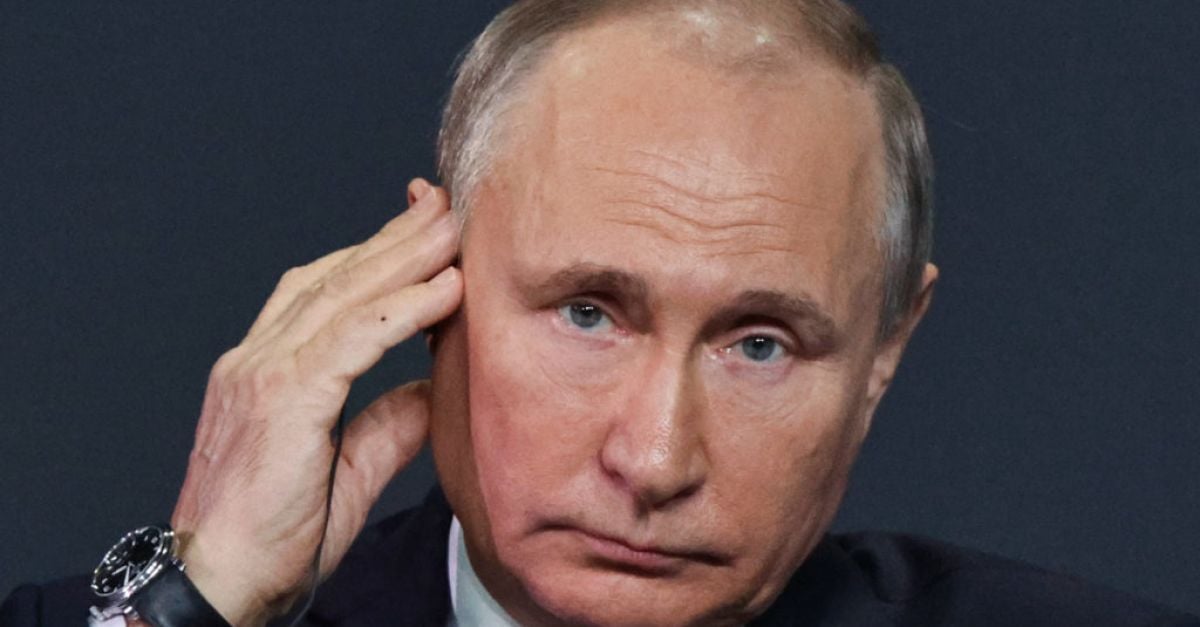 A British warship that Russia says illegally entered its territorial waters near Crimea earlier this month did so to observe in detail how Russian forces would react, President Vladimir Putin said on Wednesday.

Russia summoned the British ambassador in Moscow for a formal diplomatic scolding after the warship, HMS Defender, breached what the Kremlin says are its territorial waters but which Britain and most of the world say belong to Ukraine.

Russia annexed Crimea from Ukraine in 2014.

“This was a provocation, of course,” Mr Putin said during a live question and answer session broadcast by state television.

“(But) even if we had sunk the British destroyer near Crimea it is unlikely that the world would have been on the verge of World War Three,” he said.

Mr Putin told Russians on Wednesday he had received the domestically-made Sputnik V coronavirus vaccine, as officials try to encourage people to get vaccinated amid a wave of cases.

The Kremlin had previously said that Mr Putin, 68, received a two-dose vaccine in March and April, but it gave no further details and did not release images of him getting it.

That lack of publicity came under the spotlight this month as officials complained about the of slow uptake for COVID-19 shots, which are readily available, and began trying to coax and compel people to get inoculated.

Mr Putin was asked during his annual televised question and answer session which shot he had had.

He said he had been asked not to reveal its name so as not to give the product a competitive advantage, but went on to say it was Sputnik V, one of Russia’s four vaccines. Moscow has not approved any foreign vaccines.

“After the first shot, I didn’t feel anything at all. About four hours later, there was some tenderness where I had the shot. I did the second at midday. At midnight, I measured my temperature. It was 37.2 (Celsius). I went to sleep, woke up and my temperature was 36.6. That was it.

“I don’t support mandatory vaccination, and I continue to hold this point of view.”

The Kremlin said this week that Russia would fall short of its goal to vaccinate 60 p of Russians by the autumn because uptake was so low.