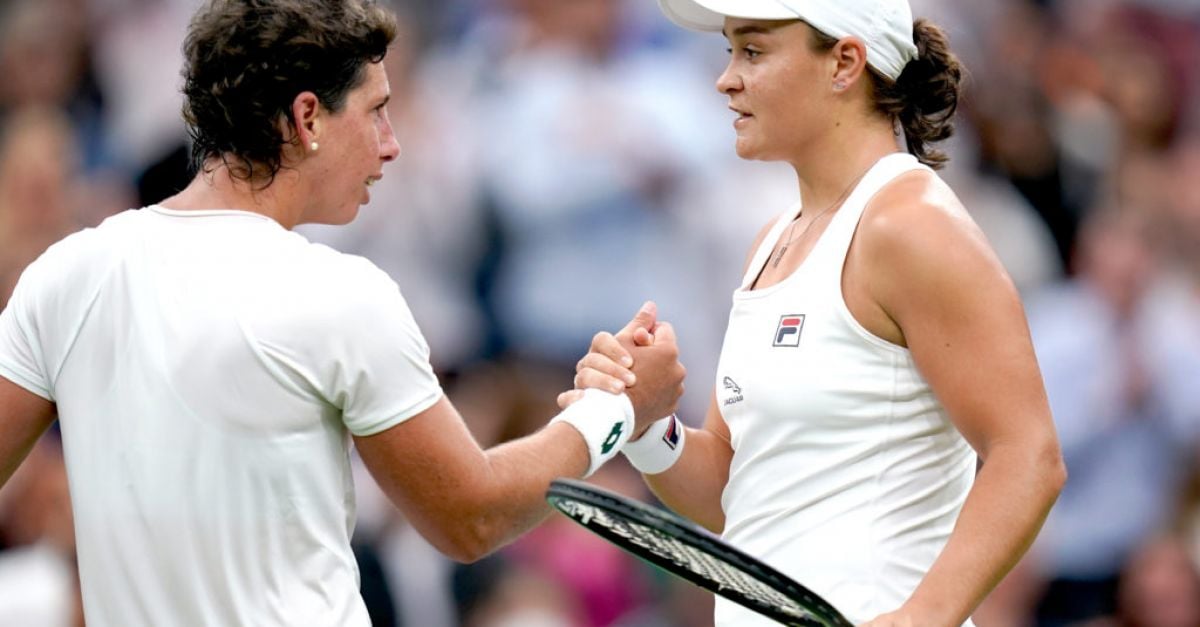 World number one Ashleigh Barty was made to work hard before sealing a triumphant return to grass with victory over Carla Suarez Navarro.

The top seed battled through 6-1 6-7 (1) 6-1 win over an opponent who was playing Wimbledon for the last time, having only recently recovered from Hodgkin lymphoma.

There were tears from Serena Williams, who had to retire hurt after a slip, and tantrums from a Frenchman accused of not trying.

Roger Federer’s return almost did not go to plan but the Swiss great is through after Adrian Mannarino also had to retire hurt, following a fall, with the score at two sets each.

Here, the PA news agency takes a look at some of the dramatic events on day two at Wimbledon.

Picture of the day

Shot of the day

Dan Evans having fun in his win against Feliciano Lopez ⚡️#Wimbledon pic.twitter.com/oZjkSkSkTy

Stat of the day

41 years old and she's still out here fighting 💪@venuseswilliams gets her first #Wimbledon singles victory since 2018 to reach the second round pic.twitter.com/hNidu4FYGO

"My English is not good enough!"

Meltdown of the day

Controversial Frenchman Benoit Paire called for the trainer at two sets, 5-0 and 30-0 down against Diego Schwartzman after being given a code violation for unsporting conduct and being told ‘you have to try your best’ by umpire Mohamed Lahyani.

Quote of the day