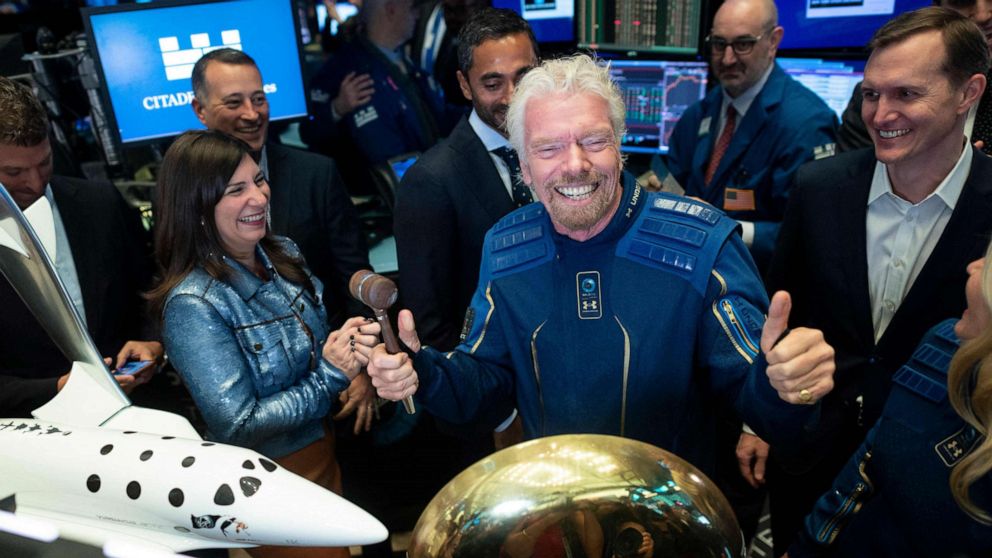 Richard Branson announced Thursday he will be joining the crew of his next spaceflight with Virgin Galactic, besting fellow billionaire Jeff Bezos to space.

Branson, 70, will join the crew to “evaluate the private astronaut experience and will undergo the same training, preparation and flight as Virgin Galactic’s future astronauts,” according to a press release. Branson announced last week that Virgin Galactic was given the OK by the Federal Aviation Administration to launch customers into space.

“I truly believe that space belongs to all of us,” Branson said in a statement. “After 17 years of research, engineering and innovation, the new commercial space industry is poised to open the universe to humankind and change the world for good. It’s one thing to have a dream of making space more accessible to all; it’s another for an incredible team to collectively turn that dream into reality.”

The mission, dubbed Unity 22, will be a 20-second test flight for VSS Unity. It’s the company’s fourth crewed spaceflight. Unity’s pilots will be Dave Mackay and Michael Masucci, both of whom have flown the ship previously.

Bezos, the founder of Amazon, is expected to join the crew of Blue Origin’s New Shepard spacecraft’s first flight on July 20.

Bezos, 57, announced on Wednesday that accompanying him, and his brother, on New Shepard will be pioneering female pilot Wally Funk. Funk, who is 82 and dreamed of going to space in the 1960s but was passed over for male astronauts, would become the oldest person to ever go to space.

The company said it will conduct two more test flights and then launch customer service in 2022. Virgin Galactic’s then-Chairman Chamath Palihapitiya had said in July 2019 they planned to begin commercial operations within a year. Palihapitiya left the company earlier this year.

The British-born Branson founded Virgin Group in the 1970s and has delved into everything from music to cellphones and airlines.

Branson will turn 71 exactly one week after the flight.