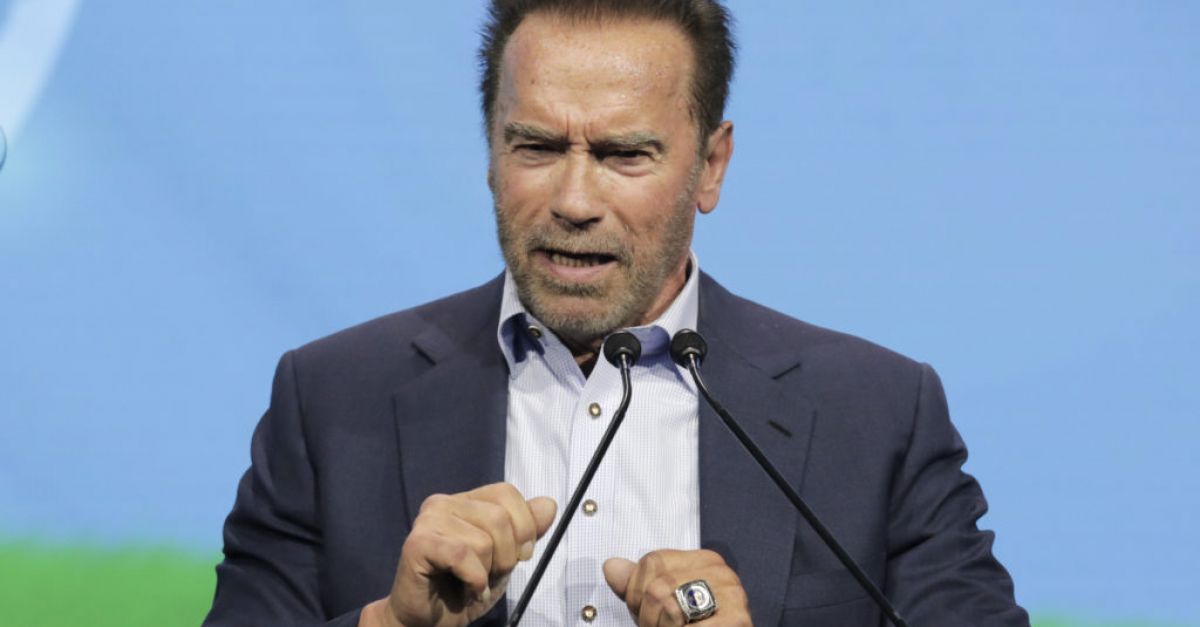 Arnold Schwarzenegger has urged climate activists to offer a hopeful message that targets pollution rather than turning off the public with “constant alarm which cannot be sustained”.

The former California governor raised his past as the star of the Terminator films in an address to the Austrian World Summit in Vienna, an event he helps organise.

Those movies, he said, portrayed a frightening, dystopian world but “focused on human will and on human hope”.

“No one is going to invest huge sums of money in a movie where there is no hope,” Mr Schwarzenegger said. “Yet frequently I hear environmentalists talking about the existential threat of climate change… we are going to be eliminated.”

“Is it any wonder that people are confused and tuned out?” he asked. “This movie doesn’t have a storyline except constant alarm which cannot be sustained.”

Since leaving political office in 2011, the Austrian-American actor has devoted time to environmental causes. The former Republican politician sparred with ex-president Donald Trump over climate issues.

Mr Schwarzenegger argued that the public perceives the environmental movement as being “stuck in despair and confusion”, and using language that goes over people’s heads.

He argued that activists need to zero in on one message: “Pollution is enemy number one… it is the very thing that causes climate change.

“Humans can solve it — we can kill it, we can terminate it.”

Swedish environmental activist Greta Thunberg, speaking at the same event, told participants that “you, especially leaders from high-income nations, are pretending to change and listen to the young people while you continue pretty much exactly as before”.

“You say we need to move slowly to bring the public along,” she added. “However, how do you honestly expect to bring the people along if you don’t treat this crisis like a crisis?”