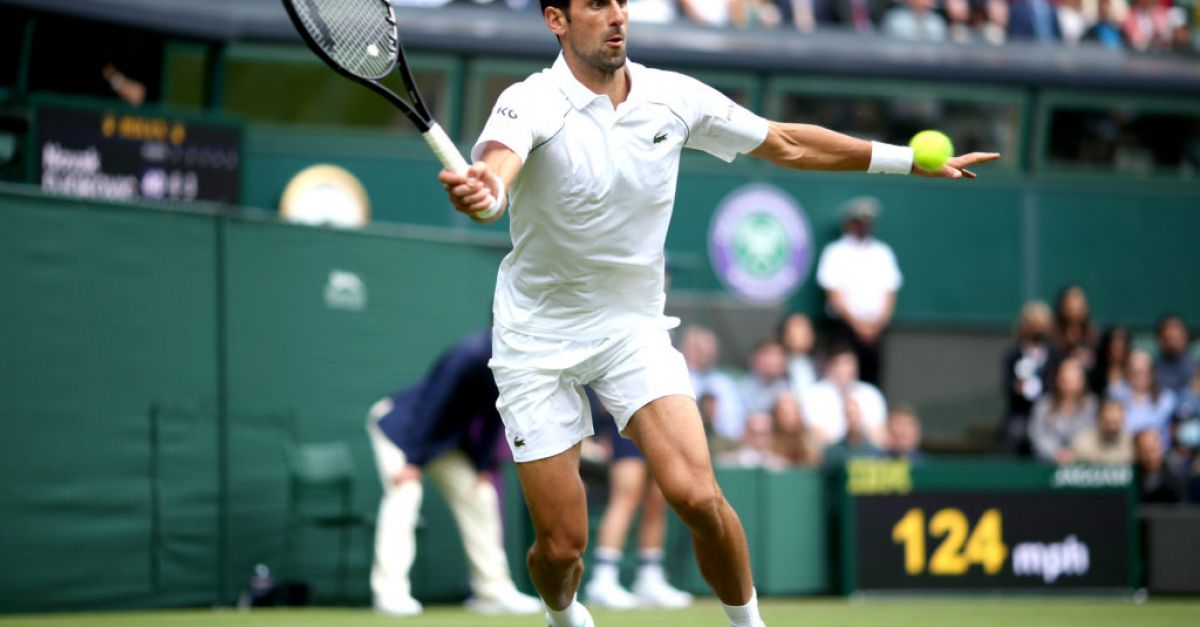 Novak Djokovic looked in ominous form during a second-round victory over Kevin Anderson to stay on course for a third straight Wimbledon title.

The world number one produced a scintillating display against the South African in what was a repeat of the 2018 final at the All England Club.

A straight-sets victory proved enough for Djokovic to claim the Championship three years ago and he again made light work of the big-serving Anderson to progress into round three with a 6-3 6-3 6-3 win.

The Serbian, who is looking to draw level with Roger Federer and Rafael Nadal on 20 grand slams, experienced some difficulties on the slippery Centre Court surface but a standing ovation at the end provided a clear indicator of who came out on top.

Denis Shapovalov, the 10th seed, joined the top seed in the third round with a walkover after Pablo Andujar had to withdraw with a rib injury.

Elsewhere in SW19, the wet weather during the first two days saw a number of first round ties still to be completed and there were several notable results.

Queen’s Club winner Matteo Berrettini backed up his exploits from earlier in the month with victory over Guido Pella on Court Three.

Nick Kyrgios edged a thriller against the 21st seed Ugo Humbert after he clinched the decider 9-7 with their match suspended at 11pm on Tuesday night. A fall briefly threatened to derail the Australian’s hopes but he was quickly back on his feet to finish the job.

The Great Britain ace resumed after he had lost the opening set on Tuesday night and quickly got into his stride to continue his good recent run on grass.

Sam Querrey, who reached the semi-finals four years ago, claimed the scalp of Pablo Carreno Busta – the 11th seed – in straight-sets and 12th seed Casper Ruud was also dumped out after he lost in five to Jordan Thompson.

The 18th seed Grigor Dimitrov had less trouble against Spaniard Fernando Verdasco on his way to a 3-6 6-4 6-4 6-4 success and Lorenzo Sonego, seeded 23 at the Championships, also progressed with relative ease.

It was not the case for Aslan Karatsev (20) and John Isner (28), who saw their Wimbledon challenges end in the first round, but Marin Cilic and Taylor Fritz – the 32nd and 31st seeds respectively – made it through following straight-set wins.