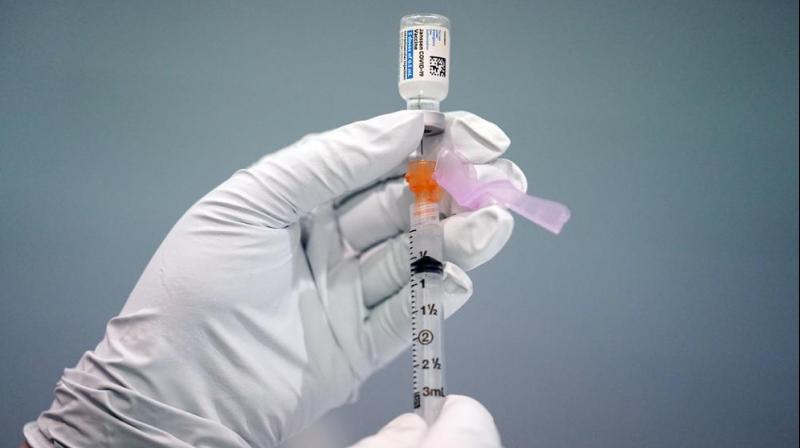 New Jersey: Johnson & Johnson on Thursday (local time) announced that its single-shot COVID-19 vaccine showed promising signs of protection against the Delta variant rapidly spreading across the US and other countries, in a small laboratory study.

According to the company report, the vaccine generated strong, persistent activity against the rapidly spreading Delta variant and other highly prevalent SARS-CoV-2 viral variants. In addition, the data showed that the durability of the immune response lasted through at least eight months, the length of time evaluated to date. The two preprint study summaries have been submitted today to bioRxiv, a non-profit preprint server for the life sciences.

The single-dose vaccine, elicited neutralising antibody activity against the Delta variant at an even higher level than what was recently observed for the Beta (B.1.351) variant in South Africa, the report stated.

In the ensemble trial, Johnson & Johnson's vaccine was 85 per cent effective against severe/critical disease and demonstrated protection against hospitalisation and death. The vaccine was consistently effective across all regions studied globally, including in South Africa and Brazil, where there was a high prevalence of rapidly emerging Beta and Zeta variants during the study period.

"We believe that our vaccine offers durable protection against COVID-19 and elicits neutralizing activity against the Delta variant. This adds to the robust body of clinical data supporting our single-shot vaccine's ability to protect against multiple variants of concern," Stoffels added.

"With each new dataset, we build on our solid foundation of evidence that our single-shot COVID-19 vaccine plays a critical role in ending the pandemic, which continues to evolve and pose new challenges to global health," Mammen said.

The data showed that humoral and cellular immune responses generated by the Johnson & Johnson single-shot COVID-19 vaccine lasted through at least eight months, the latest timepoint recorded in the study thus far.

The vaccine is now available in many regions and countries on a not-for-profit basis during the emergency pandemic period. It received emergency use authorisation (EUA) in the United States on February 27 and Conditional Marketing Authorization (CMA) by the European Commission on March 11.