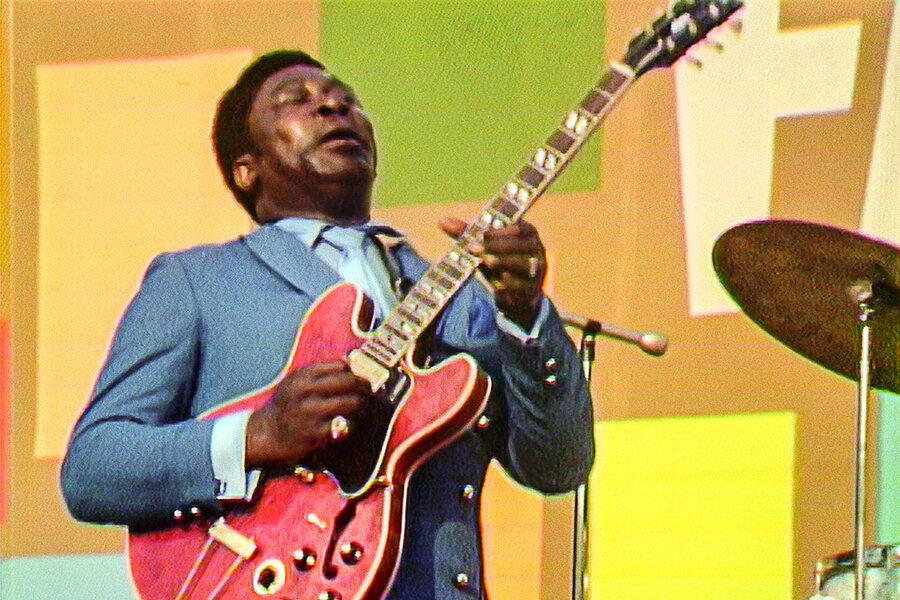 Over six weekends in the summer of 1969, the Mount Morris Park in New York’s Harlem neighborhood was thronged with over 300,000 jubilant attendees as they heard some of the greatest Black and Latino performers of the day at the peak of their musical powers. The event was put on by the Harlem Cultural Festival and unofficially dubbed “the Black Woodstock,” referencing that other music festival, some 110 miles upstate, which it overlapped.

So why, unlike Woodstock, was this event subsequently all but lost to history? The new documentary “Summer of Soul” – directed by Ahmir “Questlove” Thompson, the extraordinarily poly-talented author and co-founder of hip-hop band The Roots – is a reclamation project of major cultural significance.

The backstory is that over 40 hours of the Harlem concert were filmed by the TV producer Hal Tulchin, who wanted to fashion the footage into a feature for television and was turned down by all the major networks. When he died in 2017, the footage had been sitting in his basement for nearly 50 years. Except for some portions shown in 1969 on the local New York public television station, nothing of the filmed concert has been available for audiences to view until now.

“Summer of Soul” highlights the unifying performances that took place some 50 years ago at the Harlem Cultural Festival in New York City. In a five-star review, film critic Peter Rainer calls the documentary a timeless project “of major cultural significance.”

What differentiates it from many of those movies is the extent to which Thompson situates the performances in a larger social context. (The film’s subtitle is “… Or, When the Revolution Could Not Be Televised,” an allusion to the 1960s Black Power slogan and Gil Scott-Heron song.) The summer of 1969, a year after the civil unrest in Harlem following the assassination of Martin Luther King Jr., is convincingly posited as a turning point in an era when Black style – personal, political, and musical – was becoming more forthrightly pronounced and prideful.

The party atmosphere in the park was about much more than summer fun. Thompson interviews several of the people who were in the audience for the event, and what we repeatedly hear from them is how unifying it felt to be there. Says one attendee, “We needed to feel like family.” Says another, “That concert was like a rose coming through cement.”

And what a concert it was! Each weekend was devoted to a different type of music – gospel, pop, rock, R&B, blues, Afro/Latin jazz – but Thompson overlaps the categories into a continuous stream of performance. The artists share the same almost beatific look: They know they are in the right place at the right time. B.B. King belts out “Why I Sing the Blues”; the Edwin Hawkins Singers transport the crowd with “Oh Happy Day”; 19-year-old Stevie Wonder knocks out an explosive drum solo; David Ruffin, who had recently left The Temptations, offers up a mellifluous version of “My Girl.” Nina Simone rasps out the incendiary “Backlash Blues.” The South African Hugh Masekela, and the Latin all-stars Ray Barretto and Mongo Santamaria, highlight the festival’s cultural range.

Gladys Knight, interviewed in the present, talks about how deeply good it felt for her (and the choreographically incomparable Pips) to be up on that stage. Billy Davis Jr. and Marilyn McCoo of The 5th Dimension, unfairly branded at the time as “the Black group with the white sound,” recount their fears of being rejected by the Harlem crowd. They needn’t have worried. Their number “Let the Sunshine In” is one of the film’s high points. So is the appearance of Sly and the Family Stone, doing “I Want to Take You Higher” and “Everyday People.” With a white drummer and a female trumpeter, that group, heartily embraced, represented something new.

My favorite moment in the film comes when Mavis Staples joins with Mahalia Jackson in singing “Take My Hand, Precious Lord,” Dr. King’s favorite gospel song. What these two dynamos express goes beyond elation. It’s more like transcendence. This time capsule of a movie is timeless.

Peter Rainer is the Monitor’s film critic. “Summer of Soul” (rated PG-13) opens in theaters and is available on Hulu on July 2.