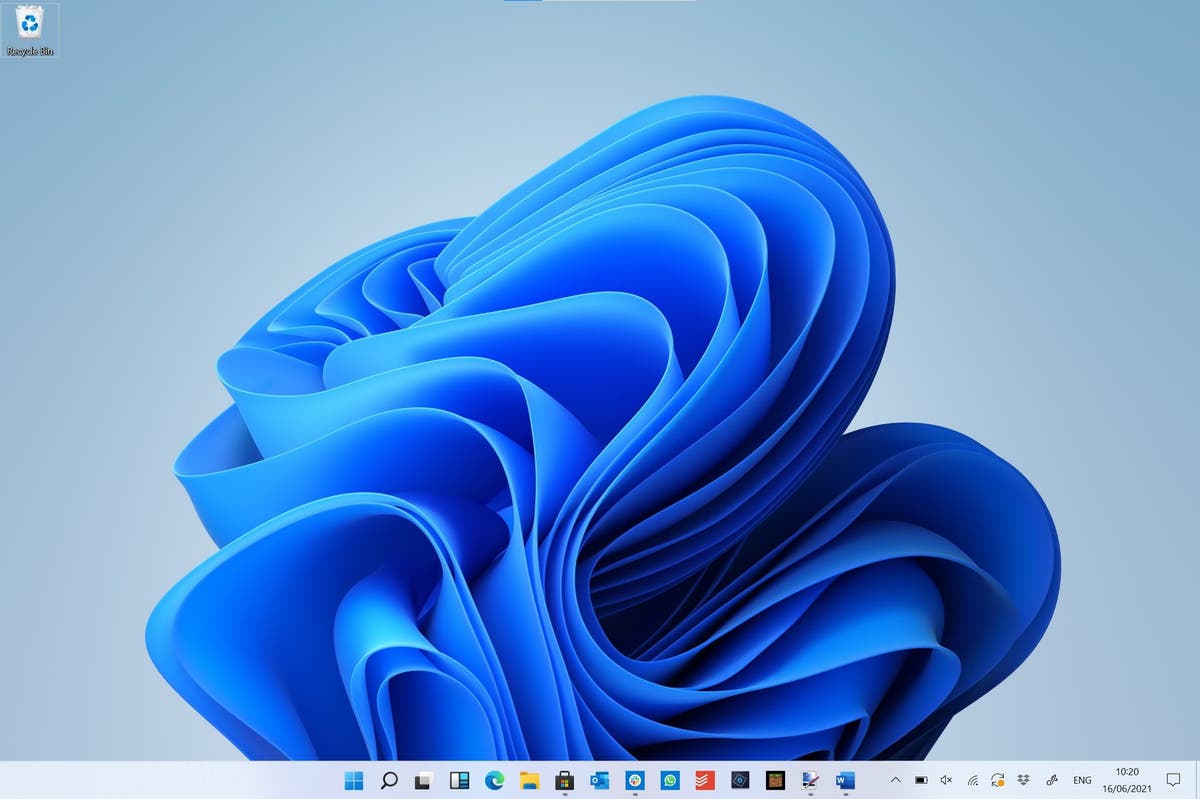 Screenshots of the new update were originally shared on Chinese site Baidu, but many users across the world have seemingly been able to gain access to the operating system.

The most obvious visible change to Windows is the Start menu, which is now in the middle of the screen – reminiscent to the Windows 10X user interface that Microsoft launched and for foldable, dual-screen devices that the company subsequently cancelled.

The Windows logo that brings up programs, as well as other icons in the dock, brings up a centred rounded-edge rectangle with a grid of downloaded apps, recommended files, and a link to the user’s Microsoft account. The central menu can be moved back to the left side, and there is a seemingly system-wide dark mode.

Microsoft has added a new icon in the taskbar called Widgets, and it is expected that news, weather, and other content will be available pinned to the desktop. Apple’s iOS 14, from September 2020, recently introduced Widgets for the home screen. There are also new snap controls that allow users to quickly pin windows to the left and right side of the screen, or arranging them into sections.

For gamers, Microsoft is integrating a new Xbox app into Windows 11 for quick-access to Game Pass, something the company is expanding on with other products like streaming sticks and smart TV apps, as well as the Xbox Game Bar and Windows Game Mode.

Microsoft has been preparing to launch the next version of its Windows operating soon, with an announcement set for 24 June. CEO Satya Nadella said that the “most significant updates of Windows of the past decade” will be coming at the company’s Build 2021 conference, where it showcased updates for Edge that would make it faster on startup, better integration for Teams in other products, and new AI capabilities to make simple apps.

The new “Sun Valley” interface, as Microsoft has codenamed it, will bring with it new icon designs for system services as well as Microsoft’s range of Mail, Calendar, music and video apps, and more.