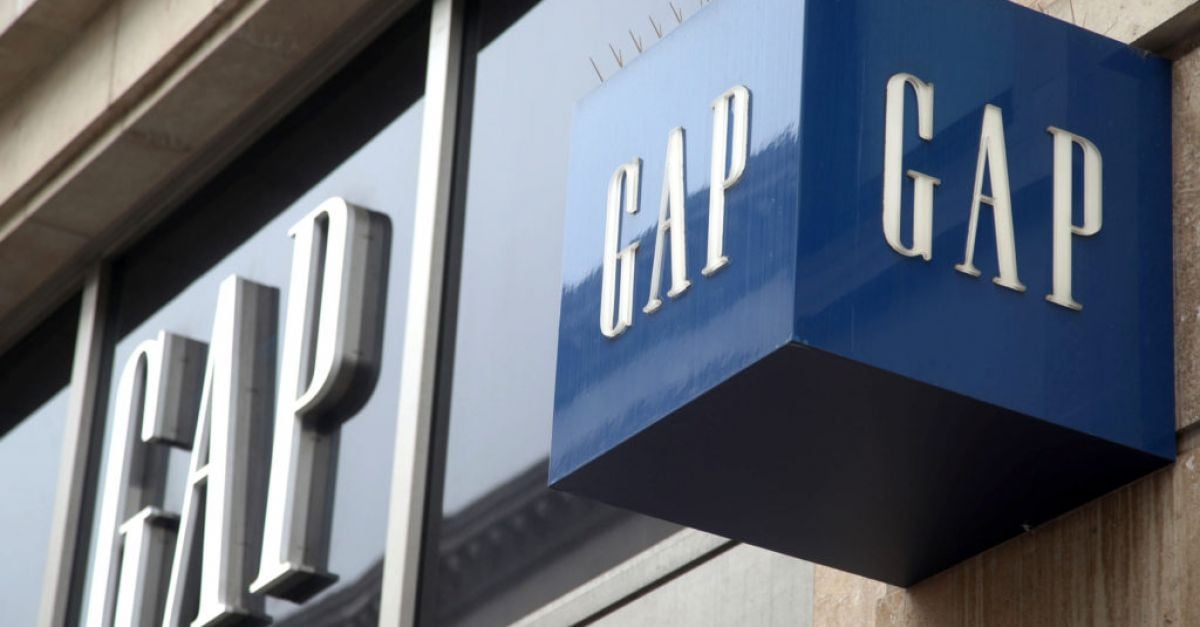 High street retail giant Gap has announced it will be closing all stores in Ireland and the UK by the end of 2021.

The company said it intends to take business online “in a phased manner” from the end of August through to the end of September this year.

It added it would provide “support and transition assistance” to colleagues following the closures, though did not specify how many employees had been affected.

The retailer has had stores in the Republic of Ireland since 2006 and has been active in the UK since 1987.

There are a total of 81 stores in the Republic and the UK, according to the Gap online store-finder.

The announcement comes following a strategic review aimed at “finding new, more cost-effective ways to maintain a presence and serve customers in Europe”.

In a statement, Gap said: “In the United Kingdom and Europe, we are going to maintain our Gap online business.

“The e-commerce business continues to grow and we want to meet our customers where they are shopping.

“We’re becoming a digital first business and we’re looking for a partner to help drive our online business.

“We are thoughtfully moving through the consultation process with our European team, and we will provide support and transition assistance for our colleagues as we look to wind down stores.”

It comes following a spate of high street closures in the UK this year, including brands such as Dorothy Perkins, Wallis and Burton – part of the former Arcadia retail empire.

More than 200 shops across the brands were forced to close and over 2,000 jobs were axed in February.

The retailer said in May it was targeting 30 more closures in the next phase of its long-term transformation plan.

It has already closed or relocated 59 stores but said it is accelerating changes to its portfolio of shops following the impact of the pandemic.