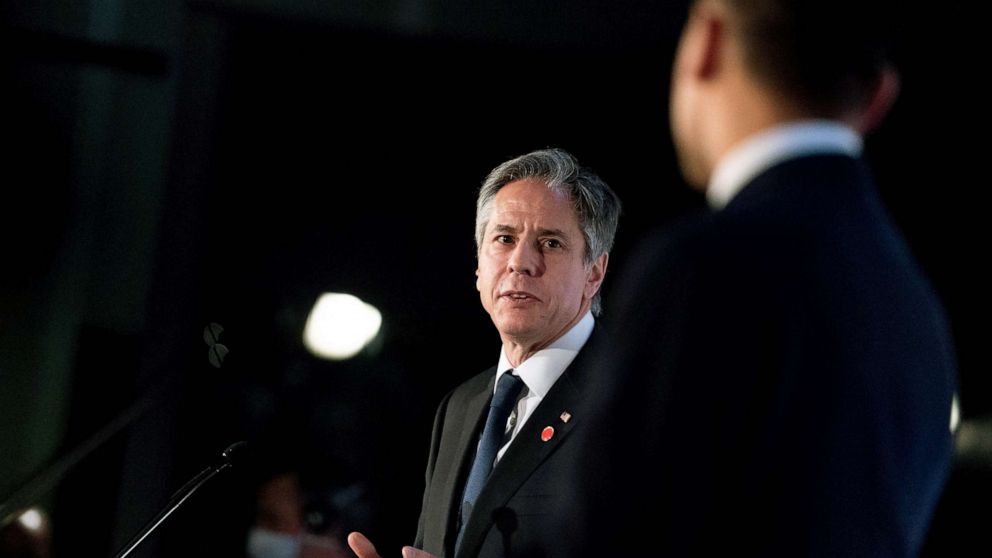 Kicking off the ministerial meeting of the Global Coalition to Defeat ISIS in Rome on Monday, U.S. Secretary of State Antony Blinken called on countries to “repatriate, rehabilitate, and where applicable, prosecute their citizens” imprisoned in Syria fighting for ISIS.

The Syrian Democratic Forces have detained 10,000 ISIS fighters, a situation Blinken described as “untenable” in the long run.

Great Britain, France and other countries have been reluctant to repatriate ISIS fighters, amid concerns about domestic terrorism and the unpopularity of doing so across Europe. (Former President Trump threatened to “release” ISIS fighters into France two years ago.)

He noted the actions of several nations, singling out the host nation Italy as “one of the few Western European countries willing to return nationals from the region” — including a female fighter and her children.

Blinken also underlined the need for the coalition to expand its efforts in Africa and deny the terror group and its affiliates new recruits by “undermining its brand” and “sharing positive alternative narratives” online and on social media.

“We are seeing fighters of 13 and 14 years old, take up weapons to kill people, and we have to get at this from every possible angle,” he said.

Blinken announced plans for the United States to provide another $436 million in humanitarian aid to support Syrian refugees – bringing the total U.S. humanitarian response to the Syrian conflict to roughly $13.5 billion since 2011.

He also praised the group for its “significant achievements” in the fight against ISIS, noting that the “the movement of foreign fighters into Syria and Iraq has virtually ceased.”

He announced new U.S. sanctions against a senior leader in ISIS Greater Sahara, the affiliate group operating in Niger, Mali and Burkina Faso.

Blinken closed by praising the partnership against ISIS in the Middle East and across the globe.

“We’ve made great progress because we’ve been working together, so we hope you’ll keep an eye on the fight, keep up the fight against this terrorist organization until it is decisively defeated,” he said.