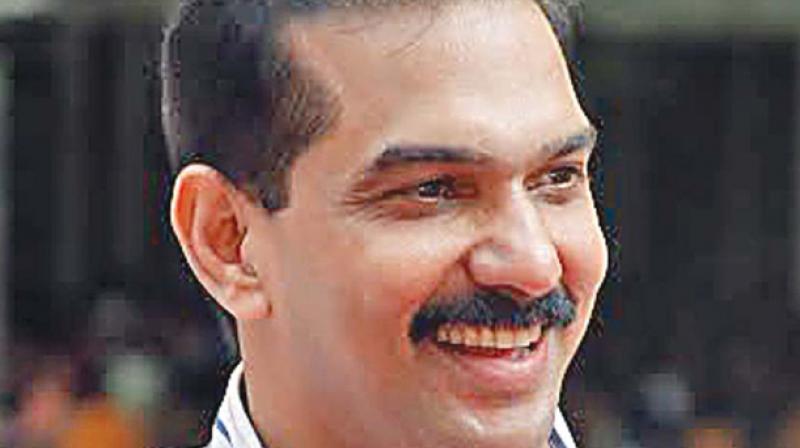 Thiruvananthapuram: Sabu Jacob, chairman of Kitex group, on Saturday said while he has received unofficial communications from over 10 states and an official offer from Tamil Nadu, to take his investment there, the Kerala government has not made any efforts to approach him.

Jacob told PTI that principal secretaries and ministers from states across the country have been calling him up to discuss taking his Rs 3500 crore investment there from Kerala, but he has not yet taken a decision on it.

He said he has also received an official offer from neighbouring Tamil Nadu and that too was under consideration. However, the Kerala government was yet to approach him after he had announced withdrawal from a Rs 3,500 croreinvestment project in the state, alleging harassment by governmentofficials.

After Kitex announced its withdrawal from the project, Kerala Industries Minister P Rajeev on June 30 said that though the government has not received any official complaint from Kitex, a major apparel manufacturing company, the issue would be taken seriously.

He had also said that the industrial sector was on the path ofrevival and offered the government's full support to genuineinvestors.

Kitex Garments Ltd had said it has decided to withdraw from the project signed during the "Ascend Global Investors Meet" organised by the state government in Kochi in January2020.

Jacob had earlier said it was difficult for him to run the existingindustrial units in the State.

He had alleged that various units of Kitex wereraided 10 times by officials from various departments during the past one month.

Jacob had alleged that officials comprising 40-50 innumbers, entered the factory units, carried out searches,prevented workers, including women employees, from doingtheir job, grilled them and harassed them.

He had also claimed that the officials did not reveal the reasons for conducting such searches and what violations were committed by the company.