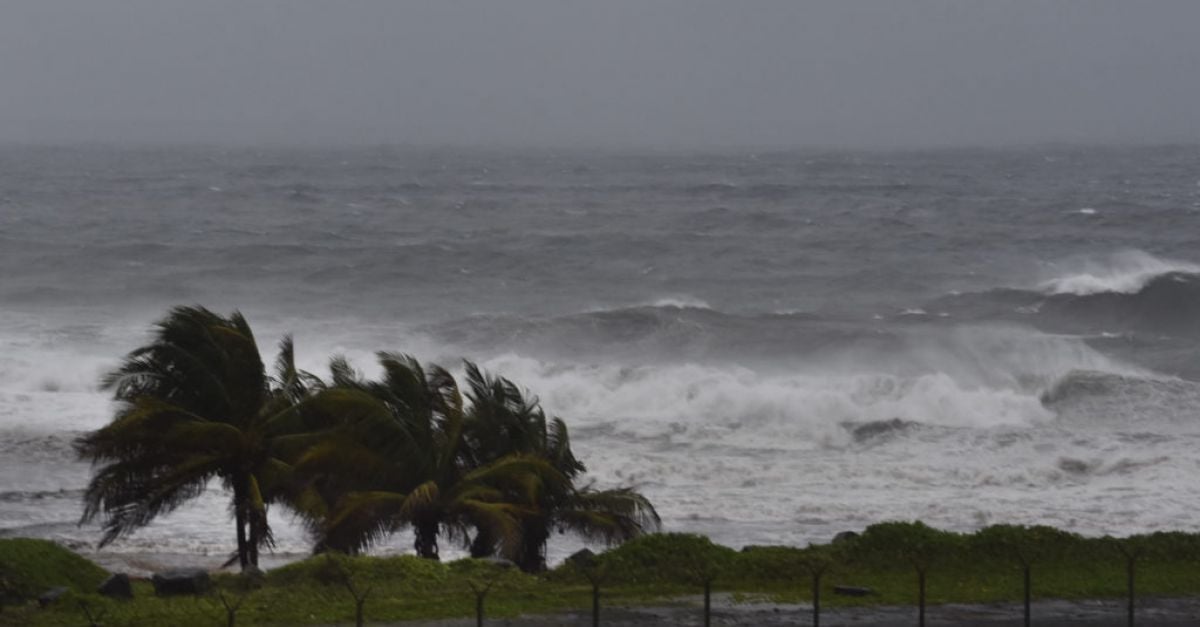 Hurricane Elsa is racing towards Haiti and the Dominican Republic, where it threatens to unleash flooding and landslides before taking aim at Cuba and Florida.

The Category 1 storm was located about 395 miles (635 kilometres) east-southeast of Isla Beata, Dominican Republic and was moving west-northwest at 29 mph (46 kph) on Saturday.

It had maximum sustained winds of 80 mph (130 kph), with the hurricane expected to become a tropical storm after hitting Cuba, according to the National Hurricane Centre in Miami.

The long-term forecast track showed it heading toward Florida as a tropical storm by Tuesday morning, but some models would carry it into the Gulf or up the Atlantic Coast.

In Haiti, authorities used social media to alert people about the hurricane and urged them to evacuate if they lived near water or mountain flanks.

The Civil Protection Agency said in a statement: “The whole country is threatened by this hurricane.

“Make every effort to escape before it’s too late.”

Haiti is especially vulnerable to floods and landslides because of widespread erosion and deforestation.

A hurricane warning was issued for for Jamaica and from the Haitian capital of Port-au-Prince to Punta Palenque in the Dominican Republic.

A hurricane watch was in effect for the Cuban provinces of Camaguey, Granma, Guantanamo, Holguin, Las Tunas, and Santiago de Cuba.

Some of those provinces have reported a high number of Covid-19 infections, raising concerns that the storm could force large groups of people to seek shelter together.

In the neighbouring Dominican Republic, which shares the island of Hispaniola with Haiti, authorities opened more than 2,400 shelters as forecasters warned of heavy rains starting on Saturday before dawn.

Elsa is forecast to brush past the southernmost point of Hispaniola by early Saturday afternoon and then take aim at communities in southern Haiti.

The storm already ripped off roofs, destroyed crops and downed trees and power lines in the eastern Caribbean on Friday, with damage reported in Barbados, St Lucia and in St Vincent and the Grenadines, which are struggling to recover from massive volcanic eruptions that began in April.

Elsa is the first hurricane of the Atlantic season and the earliest fifth-named storm on record. It is forecast to drop four to eight inches (10 to 20 centimetres) of rain with maximum totals of 15 inches (38 centimetres) across portions of southern Hispaniola and Jamaica.