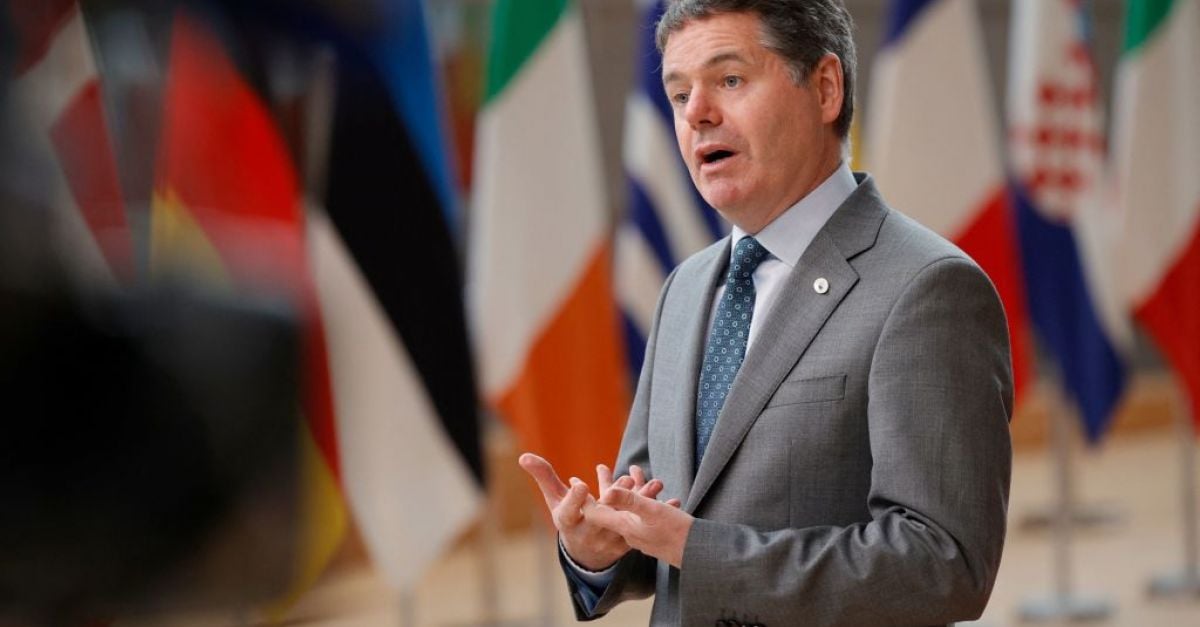 Ireland is one of nine countries that did not sign an agreement to reform the global corporate tax regime because of a proposed minimum rate of at least 15 per cent, Minister for Finance Paschal Donohoe has said.

A statement by 130 countries at the Paris-based Organisation for Economic Cooperation and Development (OECD) backed plans for a tax rate of at least 15 per cent and taxing more of the profits of the biggest multinationals in countries where the profits are earned.

Mr Donohoe, who is negotiating on behalf of Ireland, said the Government broadly supported the deal and would continue to engage with it.

“I was not in a position to join the consensus on the agreement and specifically a global minimum effective tax rate of ‘at least 15%’ today,” Mr Donohoe said in a statement.

“I have expressed Ireland’s reservation, but remain committed to the process and aim to find an outcome that Ireland can yet support.”

With a rate of 12.5 per cent that has helped attract some of the biggest multinationals to the country, the State has more to lose than most from the overhaul.

Donohoe, who is also president of euro zone’s grouping of finance ministers, said he supported “Pillar One” which proposes a re-allocation of a proportion of tax to the country where the profit is earned, as it would “bring stability and certainty to the international tax framework.”

But he said previously that he wants any deal to allow small countries to use tax competition as a lever to compensate for the natural advantages enjoyed by larger countries in attracting jobs and large investments.

Critics say low-tax countries such as Ireland and Luxembourg enjoy a disproportionate amount of multinational investment, with multinationals employing one in eight Irish workers.

Mr Donohoe has also he anticipates that any final deal would allow companies to offset part of their tax bills through research and development, an important aspect for Ireland.

Most countries have backed plans for new rules on where companies are taxed and a tax rate of at least 15 per cent after two days of talks.

“A detailed implementation plan together with remaining issues will be finalised by October 2021,” read a statement signed by 130 out of 139 countries and jurisdictions involved in the negotiations.

The  OEC said a global minimum corporate income tax of at least 15 per cent could yield around $150 billion (€126 billion) in additional global tax revenues annually.

It added that new rules on where the biggest multinationals are taxed would see taxing rights on more than $100 billion of profits shifted to countries where the profits are earned.

“The race to the bottom in competition is over,” Scholz told reporters during a visit to Washington shortly after the agreement was reached.

He said details still needed to be worked out, but the agreement marked “colossal progress” and would allow countries to increase investment in infrastructure and efforts to combat climate change.

Scholz said the 130 countries represented 90 per cent of global gross domestic output and reflected huge efforts by Germany and other countries to ensure fair taxation of big technology corporations like Amazon.

He said the goal was to ensure that finance officials from the Group of 20 major economies endorse the plan when they meet in Venice July 9th-10th, following a similar move by the Group of Seven advanced economies in London last month.

“This is the biggest progress in international taxation we have had since 10, 20, 30 years,” he said. “It’s a really big breakthrough, and it will change everything.”

Scholz said the agreement would help countries ensure they have more funding to pay for “important priorities” such as infrastructure, climate change and social spending needs.

French finance minister Bruno Le Maire said it was the most important international tax deal reached in a century.

“The OECD just said it had reached a deal with 130 countries on a new international taxation. I welcome this huge step. It’s the most important international tax deal reached since a century”, Le Maire said during a press conference.