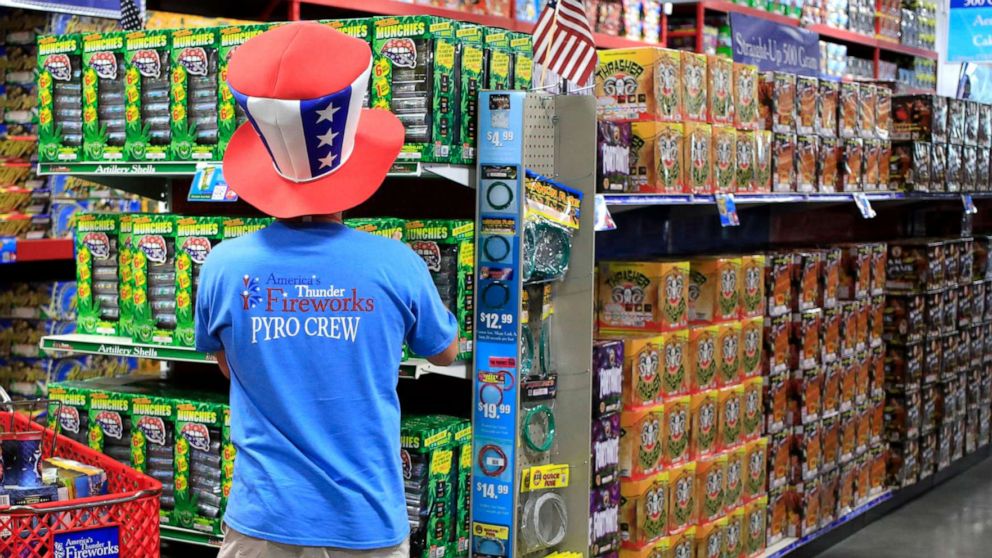 Wildfire scientists and fire officials are pleading with people to forego fireworks this Fourth of July, as unprecedented heat waves and drought conditions have elevated fire risk in the western United States.

In an open letter published this week in The Conversation, an online publication for academics and researchers, more than 150 scientists said they are “gravely concerned about the potential for humans to accidentally start fires” in the West, as extreme heat, record-setting drought and dry vegetation are “setting the stage for widespread fire activity.”

“We urge people to skip the fireworks this July 4th and to avoid other activities that could start an unintentional wildfire,” the letter stated. “This will be critical for a safe Independence Day holiday, good practice for the rest of the fire season, and one way we can adapt to more safely live in increasingly flammable landscapes.”

The number of wildfires caused by humans spikes on the Fourth of July, particularly in the West, according to a 2020 study published in the journal MDPI.

But fireworks aren’t the only cause for concern this fire season.

“With this year’s tinder-dry grasslands and parched forests, sparks from anything — a cigarette, a campfire, a power line, even a mower blade hitting a rock — could ignite a wildfire, with deadly consequences,” the scientists wrote in The Conversation.

Over 90% of the West is currently considered to be in a drought, with record-breaking heat in the Northwest leading to “worsening drought conditions across the region,” according to the U.S. Drought Monitor.

A day after declaring a statewide drought emergency, Montana Gov. Greg Gianforte asked residents to “please use caution outdoors” ahead of the holiday weekend.

“Montana’s facing critical fire weather conditions, and it’s going to take all hands on deck to reduce the risk of wildfires,” the governor said in a video statement Friday.

“Those aerial fireworks can land anywhere, and they can travel great distances,” Idaho Department of Lands Fire Management Bureau Chief Josh Harvey said during a press briefing Thursday in which state officials urged people not to set off fireworks amid the extreme conditions. “Please do not use aerial fireworks anywhere in the state.”