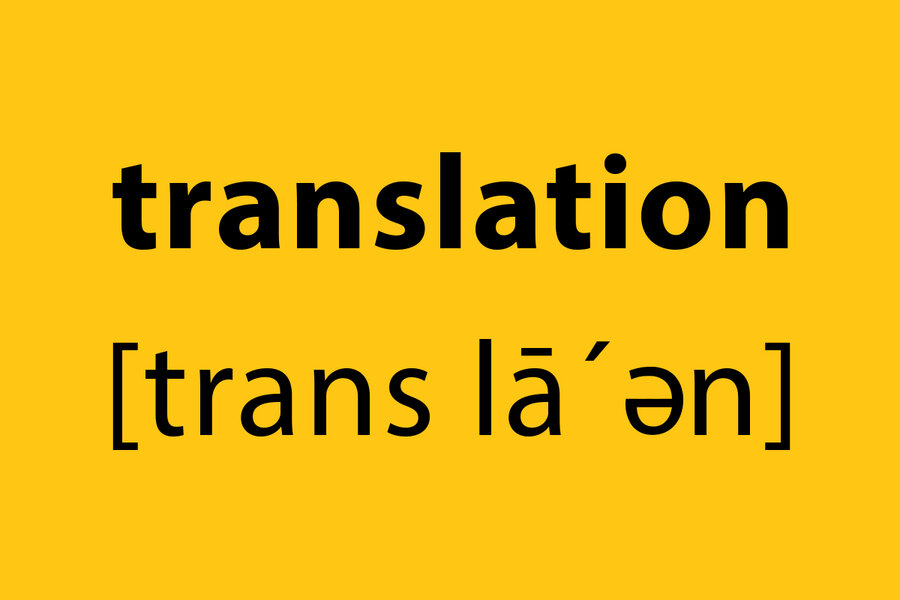 In Paris, I discovered that my daughter had lice. I had never dealt with this before, so I ran to a nearby pharmacy for help. I explained in my best French, “Ma fille a des insectes aux chevaux!” The pharmacist nodded and calmly handed me a comb, even though I had actually said that my daughter had bugs in her horses. I had confused two similar French words, chevaux (“horses”) and cheveux (“hair”). This is known as a “translation fail,” and I love to read the ones that people post on the internet.

Translation fails predate the internet, of course. When I was growing up, one of my favorite books was Richard Lederer’s “Anguished English: An Anthology of Accidental Assaults Upon Our Language.” It’s a collection of language errors of all kinds: malapropisms (“Acrimony is what a divorced man pays his wife”), infelicitous phrasing (“In ‘The Glass Menagerie,’ Laura’s leg keeps coming between her and other people”), and some of the best translation mishaps ever recorded. Dr. Lederer relates that a Japanese car rental firm told its English-speaking customers, “When passenger of foot heave in sight, tootle the horn. Trumpet him melodiously at first, but if he still obstacles your passage then tootle him with vigor.”

The internet was made for translation fails. Countless websites and blogs collect them from restaurant menus, T-shirt slogans, and instructions for tourists around the world. Sometimes it’s easy to see where the mistake was made. A buffet in Venezuela was serving a smooth vegetable soup, crema de verdura (“cream of vegetables” in Spanish). This delicious dish was labeled “It cremates of greenness” in English, and something approximating “It incinerates immaturity” in German. In Spanish, crema means both “cream soup” and “cremate,” while verdura is both “vegetables” and “greenness,” a synonym for “immaturity.”

A T-shirt in Taiwan had a picture of a happy puffer fish above some English text: “Fish should live in tresh water soud as ocean flver lake on ocean. People should … eabance the fish and wildnle and their babitacs.” “Tresh” must be “fresh” as in “clean,” but what is “babitacs”? Babies? Habitats? Some kind of combination? At any rate, it’s a well-meaning, if slightly incomprehensible, environmental message.

While “translation fail” is a catchy way to describe these funny mistakes, they are actually far from failures. Though they are infelicitous or ungrammatical, they demonstrate attempts to bridge a gap, to communicate with others even if it means going outside one’s linguistic comfort zone. These are translation successes, even when they’re not quite perfect.