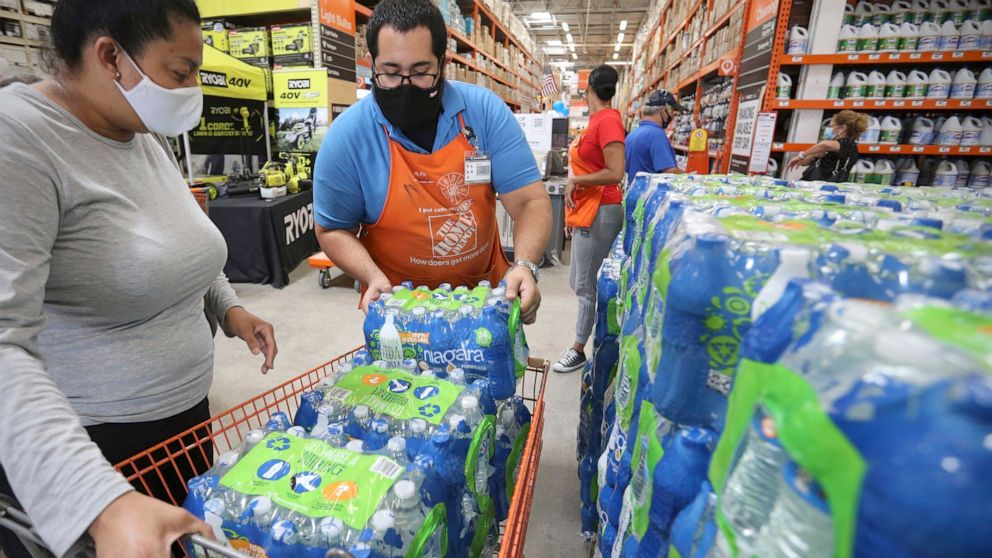 Tropical Storm Elsa has set its sights for the U.S. after it wreaked havoc on islands in the Caribbean.

The system, which was downgraded to a tropical storm over the weekend after becoming the first hurricane in the 2021 Atlantic season, was about 20 miles east-southeast of Cayo Largo, Cuba, Monday morning as it headed northwest at 14 mph. Maximum sustained winds were clocking in at 65 mph.

Tropical storm watches and warnings have been issued in parts of Cuba and the Florida Keys, while a storm surge watch is in effect for the west coast of Florida.

By 11 a.m. Monday, Elsa was bringing strong, gusty winds and torrential rain to the southern coast of Cuba. The conditions are expected to remain across central and western Cuba through Monday, bringing dangerous flash flooding, mudslides, storm surge and rough surf throughout the day.

The storm is then expected to pass near the Florida Keys with heavier rain and tropical force winds early Tuesday. The current forecast shows the center of the storm hitting west of Key West, but rounds of heavy rain, strong winds and some storm surge and rough surge will impact much of the Keys.

Ahead of the bulk of the storm, scattered showers and thunderstorms will begin to impact the Keys and South Florida Monday afternoon and will bring locally heavy downpours and gusty winds.

The storm will then move near or over the west coast of Florida on Tuesday and Wednesday.

By Wednesday morning, the storm will weaken to a depression as it moves inland into North Florida and parts of Georgia.

The Florida peninsula, coastal Georgia and the Carolinas should monitor the progress of the storm, as additional watches and warnings will likely be issued Monday afternoon.

Elsa destroyed several structures in Barbados when it hit as a Category 1 hurricane with sustained winds at 74 mph on Friday.

The heavy rainfall also damaged homes in Haiti on Saturday and flooded parts of Jamaica on Sunday.

The westward trajectory of the storm will possibly spare recovery efforts at the site of the collapsed condo building in Surfside, Florida, near Miami Beach on the east coast of the state.

What remained of the Champlain Towers condominium was demolished Sunday night ahead of the storm.

Surfside Mayor Charles Burkett described Tropical Storm Elsa as a “blessing in disguise” because it fueled discussions to demolish the building left standing after the partial collapse on June 24.