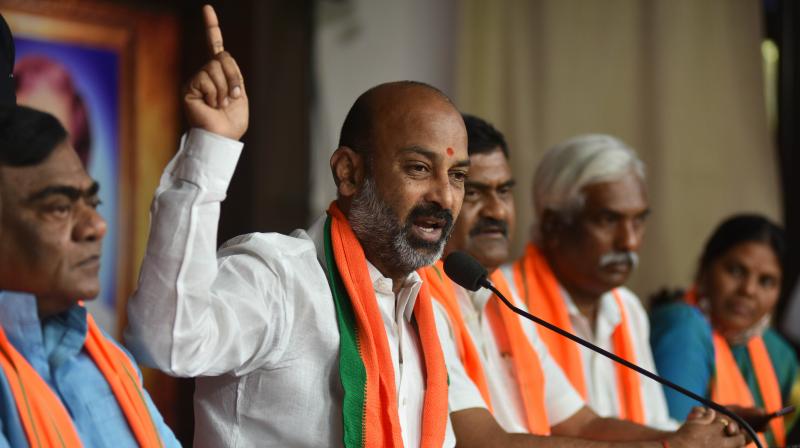 NIZAMABAD: BJP leaders in Telangana are hopeful that the impending Union Cabinet rejig may see induction of some party MPs from the state.

In this connection, the names of Nizamabad MP Dharmapuri Arvind and Adilabad MP Soyam Bapu Rao are doing the rounds among partymen. There is no indication from Delhi yet of any induction from Telangana state.

Karimnagar MP Bandi Sanjay was elevated as BJP state president and BJP men here feel either Adilabad MP Soyam Bapu Rao or Nizamabad MP Dharmapuri Arvind might get a chance. Soyam Bapu Rao is the lone MP from the Adivasi Gond tribe. He has a strong base among primitive tribals as he had earlier served as Boath MLA.

If Soyam Bapu Rao is elevated as union minister, the Gonds in Telangana, Andhra Pradesh, Odisha, Madhya Pradesh, Chhattisgarh and Maharashtra will get representation from the community.

Speaking to Deccan Chronicle, a senior BJP leader said that among the four BJP MPs from Telangana, three have been representing the north Telangana region. "If Union minister post is allotted to one of them, it would strengthen the party in undivided Nizamabad, Adilabad and Karimnagar districts," he opined.