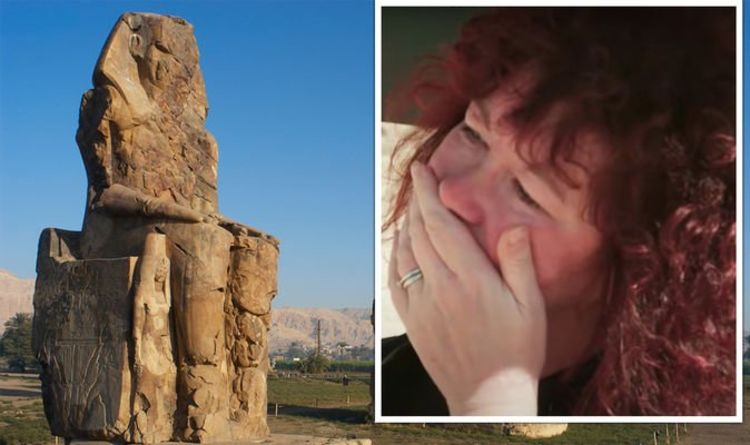 The Ninth pharaoh of the Eighteenth Dynasty served during a period of unprecedented prosperity and splendour, where of its international power. His enormous mortuary temple on the west bank of the Nile was the largest religious complex of its kind in its day, but less than 200 years later it stood in ruins. Much of its contents were used by later pharaohs for their own construction projects and so the Colossi of Memnon – two massive stone statues of the pharaoh that stood at the gateway – were the only elements of the complex that remained standing.

But Egyptologist Professor Joann Fletcher detailed how experts have begun uncovering its secrets during Odyssey’s ‘The Valley Of Kings: The Egyptian Golden Age’.

She said: “We may not have a time machine, but 15 years of work has begun to reveal some of the temple’s former glories.

“Normally these would have been metres up in the air, but to actually engage [with it is amazing], it’s so very tactile, so very intimate to hold hands with the pharaoh.

“This colossus from the temple’s second gateway is flanked by one of the best-preserved statues of Amenhotep III’s principal consort, Queen Tiye, his Great Royal Wife. 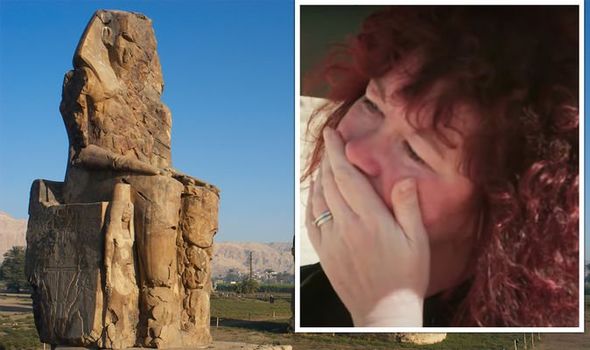 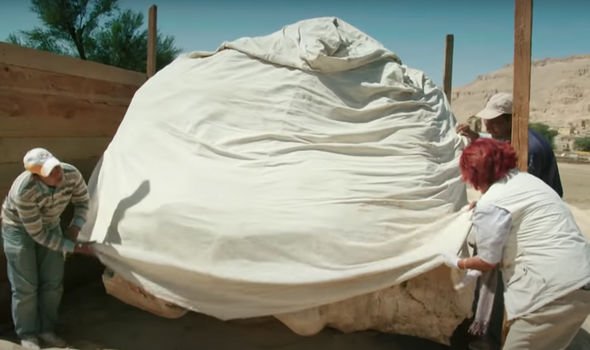 “These massive statues were more than just a memorial, each worshipped to guarantee the immortality of the king’s soul.”

The archaeologist was then left speechless after the team pulled a piece of cloth that was hiding one of their most incredible finds.

“I don’t know what to say. Over the years I’ve seen many of his portraits, but rarely one as stunning. 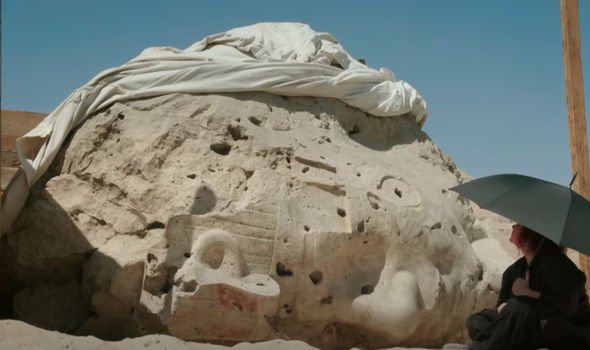 “Look at his nose, this is an absolutely amazing portrait-sculptured face of Amenhotep himself.

Amenhotep III built extensively during his reign and Prof Fletcher detailed how his expensive taste and greed helped him gain further power.

She continued in February: “With hundreds of statues like this, Amenhotep was multiplying the image of himself as Egypt’s most powerful god, bringing life and light to the world. 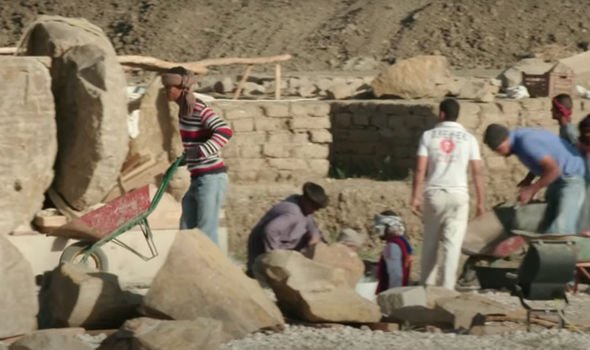 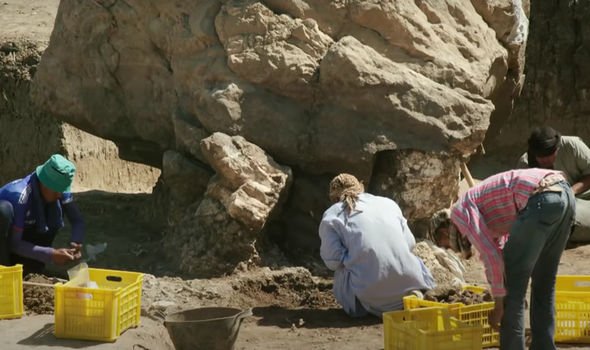 “He wore gold from top to toe and he handed it out to his courtiers as gifts, but he also used it as a diplomatic weapon.

“His clever use of Egyptian gold is recorded on stone scarabs which served as the pharaoh’s news bulletins which he circulated around his empire.

“This tells the story of his new marriage to a Syrian princess and it recounts how, having sent gold to her father, he sent out one of his daughters for the pharaoh to marry.”