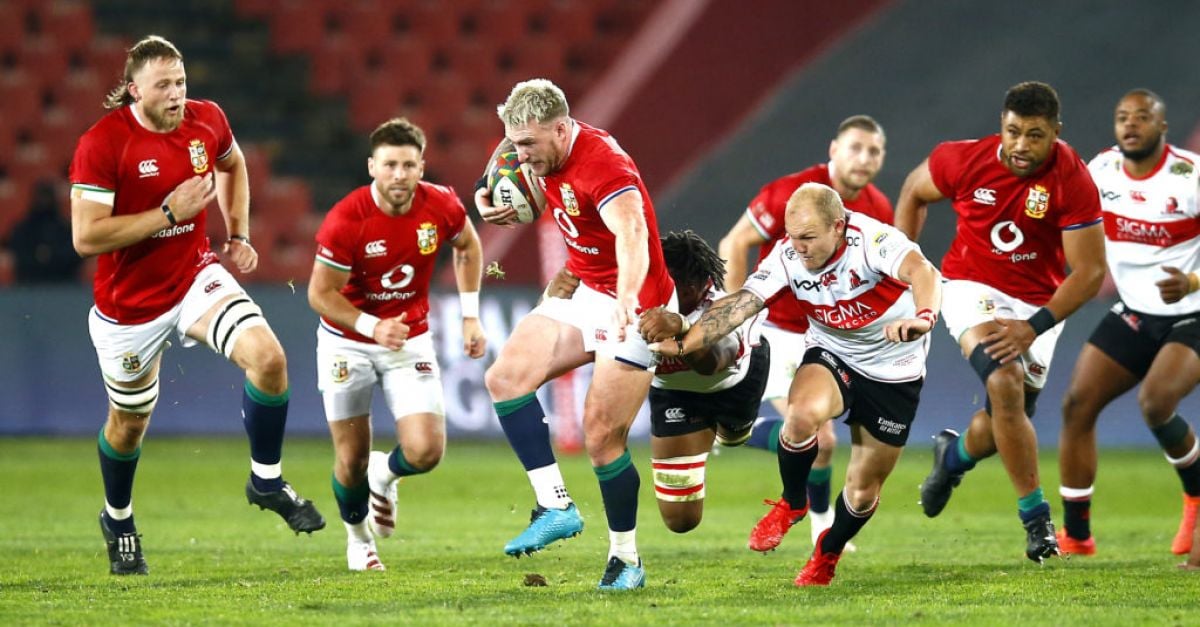 The British and Irish Lions launched their tour in South Africa by crushing the Sigma Lions 56-14 in Johannesburg.

Here the PA news agency looks at five things we learned from the match.

Adams off to a flyer

The party line is that Test selection remains an open race, but Josh Adams has surely cemented one of the wing slots for the opener against South Africa on July 24 after crossing four times against the Sigma Lions. Adams has few peers as a finisher as his record of 17 tries in 32 caps demonstrates and his first at Emirates Airline Park was a classy demonstration of his timing entering the line and nose for the whitewash. With defences destined to rule the Test series, the Lions will need all the try-scoring firepower they can mobilise.

Watson on the rampage

Stuart Hogg neatly summarised the all-action display seen from his explosive Scotland team-mate and man-of-the-match Hamish Watson – “somebody winds him up before the game and just lets him go…he goes out there and runs a million miles an hour and makes about 20 million tackles.” It was another showcase of power in defence and attack to quieten critics questioning a perceived lack of size. He is a genuine option at openside for the Test series and the battle between Watson and Tom Curry for the seven jersey will be ferocious.

The Lions have made a promising start to the tour, making a swift recovery from the loss of their captain Alun Wyn Jones to a dislocated shoulder. Wins against Japan and the Sigma Lions in which the attack is already taking shape, combined with all the signs of a harmonious camp with buy in from all rival nations despite operating in a strict bubble environment, offer encouragement to Gatland and his coaching lieutenants.

For all the fireworks seen in the opening two matches, no one is more aware than Gatland of the need for caution. Japan were a shadow of the side that took the 2019 World Cup by storm while the Sigma Lions are the weakest opposition that will be faced on tour. Gatland recalls the experience of 2009 when the Lions confronted under-strength provincial sides missing their Springboks and were undercooked for the Test series as a result. It is a trap the Kiwi will not fall into this time.

Of all the selection dilemmas facing the Lions management, it is the balance of the midfield that will be the hardest to get right. Finn Russell and Owen Farrell are unlikely to be seen together again this tour on the evidence of Saturday’s rout of modest provincial opposition. Russell dazzled at fly-half on occasion but was not on the same wavelength as his inside centre, who is ill-suited to the carrying role he played at times. Dan Biggar is also competing for the 10 jersey, while centres Robbie Henshaw, Bundee Aki and Chris Harris have all made solid starts to the tour.